1987 – This evening-length performance is a commentary on the sexual revolution starting with Elvis Presley. “Made in the USA” view of sex created by Maida Withers is performed by Maida Withers Dance Construction Company and Nuvieux Music Ensemble. Obsession occurs in two diverse sections.  The first half is about Elvis Presley as the bridge for men and women to more openly expression their views about sex.  Part II is somewhat more abstract with less obvious music and dance topics.  The final segment, starting with the male duet through the end of the performance with the cleansing with water, is about compassion and caring during the AIDS epidemic. (See notes in MWDCCo files for male duet, minister’s script)

In November 1987, Obsession toured in three cities in Mexico sponsored by the Government of Mexico.  Instituto Nacional de Bellas Artes International Office of Public Relations organized and assisted with the two performances in Mexico City, Teatro de la Pax in San Luis Potosi, and  in the University Theatre in Queretaro, Mexico.  News coverage was excellent.

(Notes in a journal indicate we performed in Queretaro, Mexico but we have not records)

In  Guatemala, First Lady Raquel Blandónv Cerezo sponsored the Company’s presentations. Guatemala was at war in the countryside when we were there .  Raquel was the wife of  then President of Guatemala, Vinicio Cerezo.  The First Lady introduced the Company and translated introductory remarks by Maida prior to each performance.  A reception at the Teatro Nacional, television interviews, a special tour to Antigua, a workshop for the National Folkloric Company were highlights.  Maida and the Company felt honored to have such a distinguished and gracious sponsor as First Lady Raquel Raquel Blandón Cerezo.

Participation in the National Festival of Choreography at the historic Teatro Nacional in Costa Rica was the last leg of the tour.  Maida’s travel in San Jose was furnished by the United States Information Service.

Obsession was performed in Washington, DC at the Publick Playhouse in Prince George’s County with Maida Withers as the Elvis figure (see video) 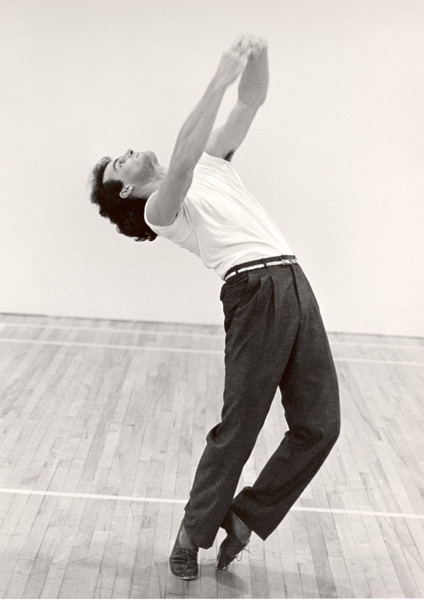 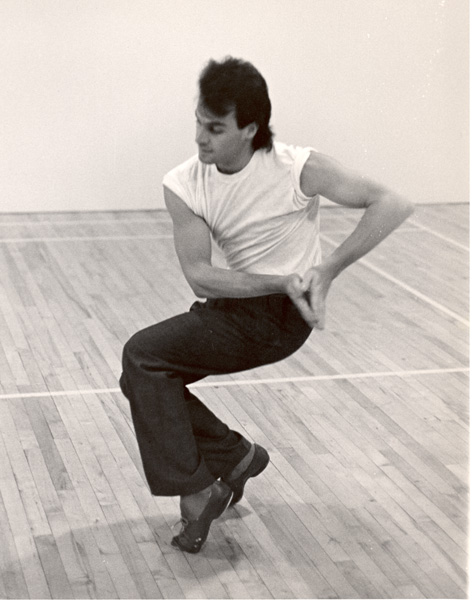 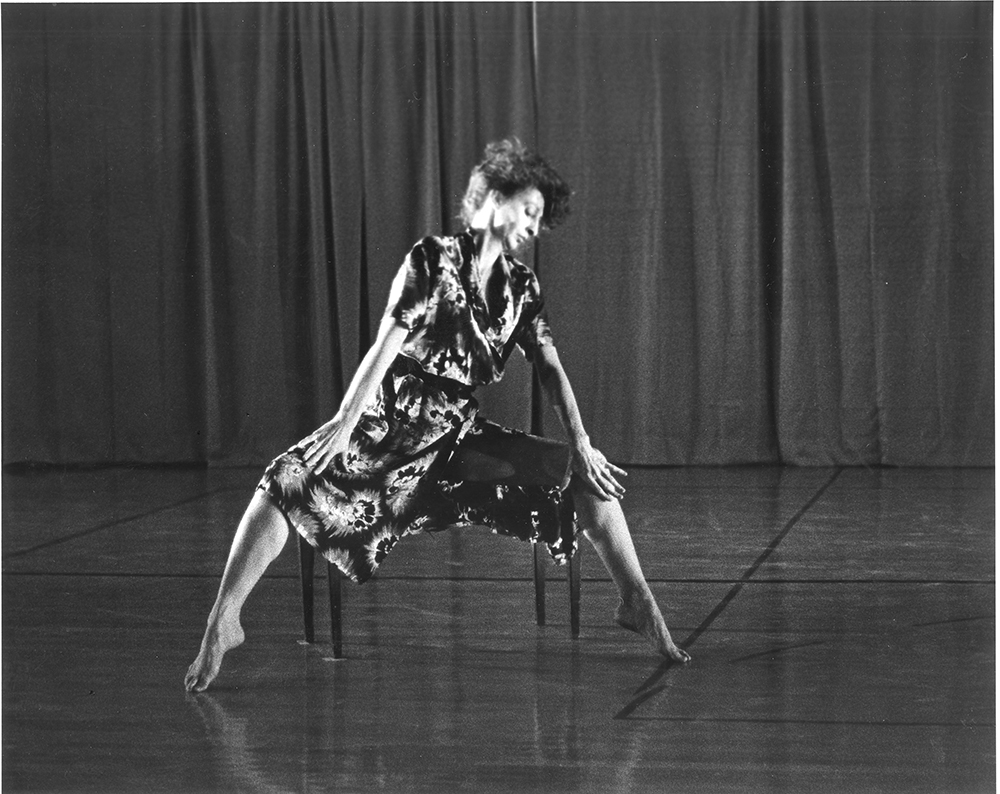 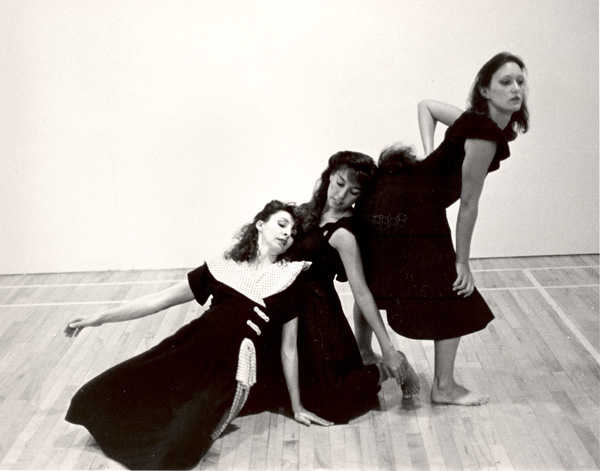 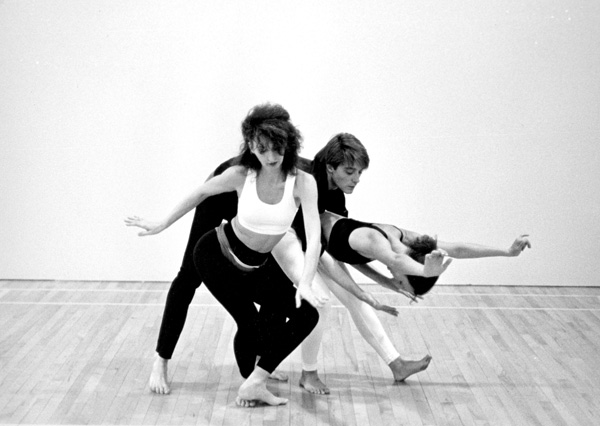 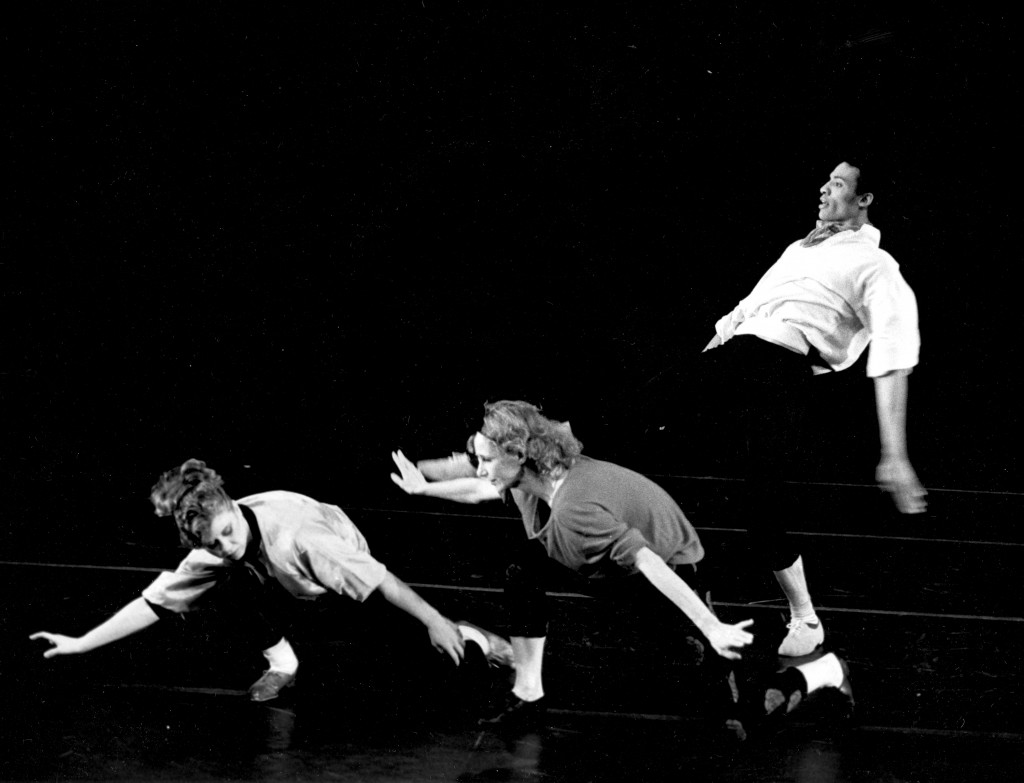 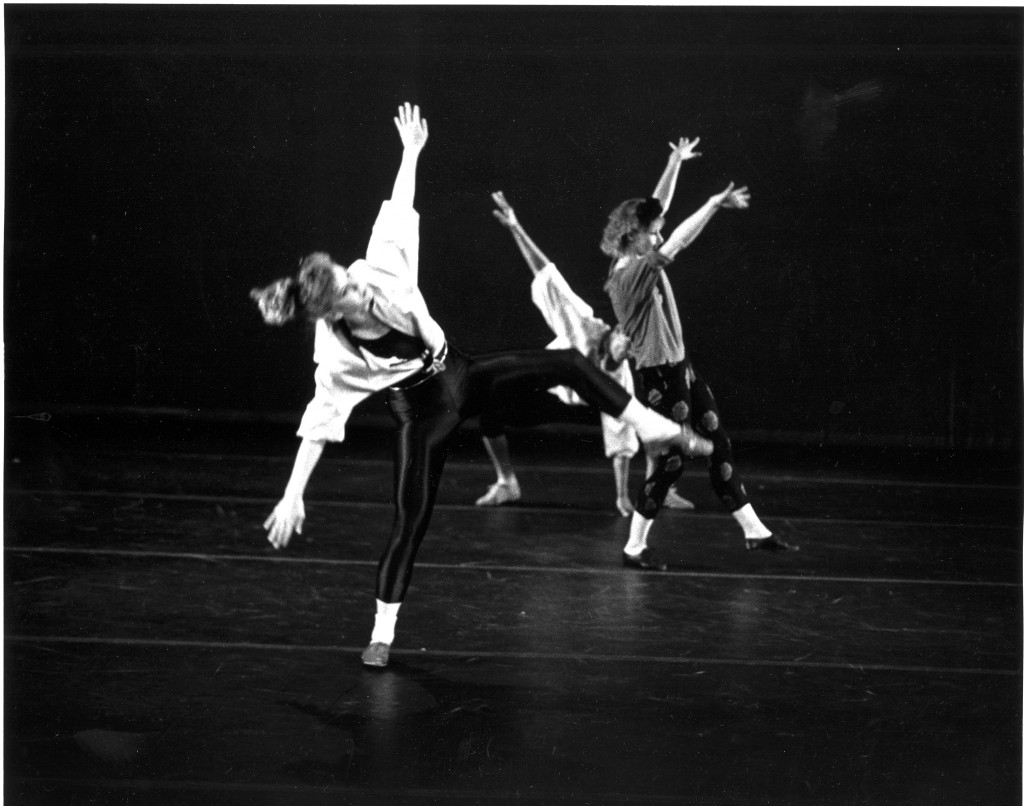 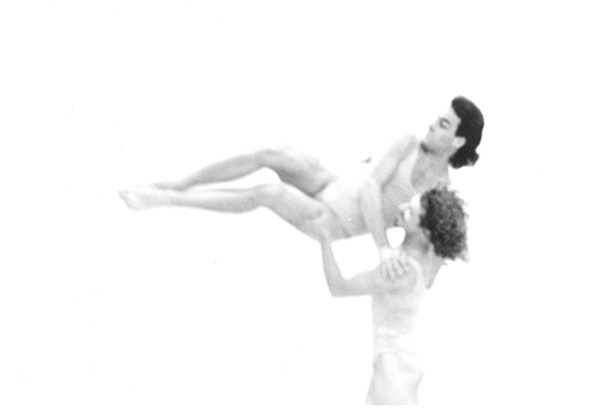 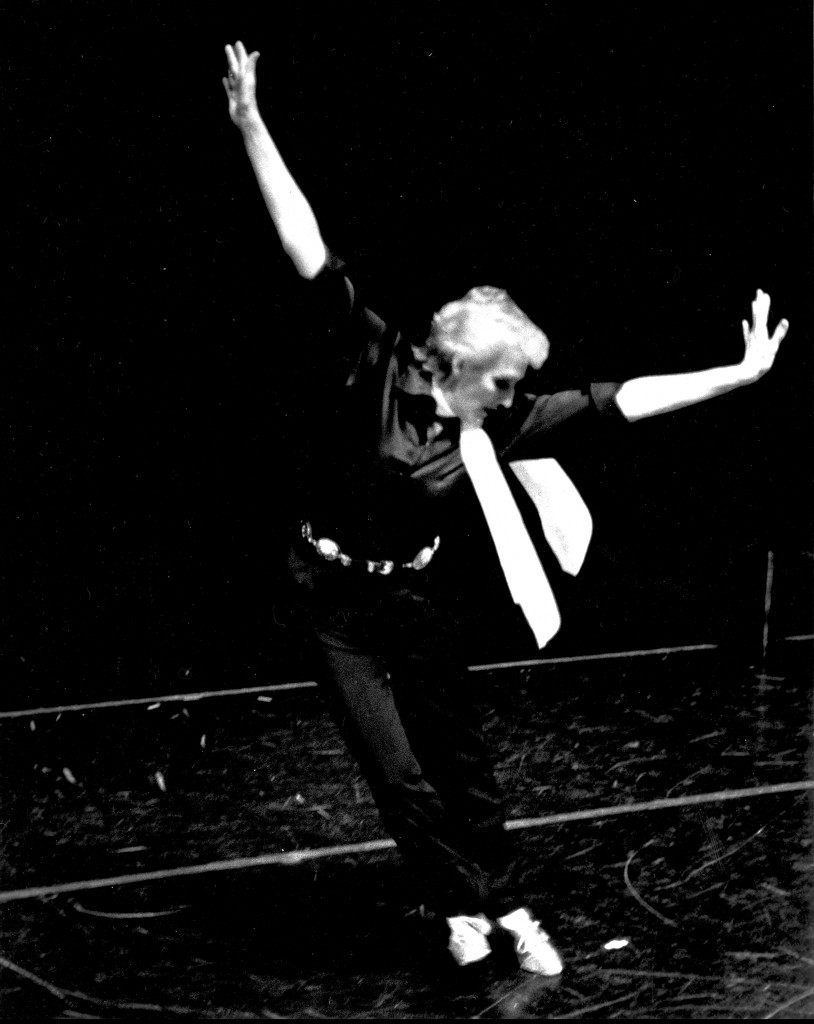 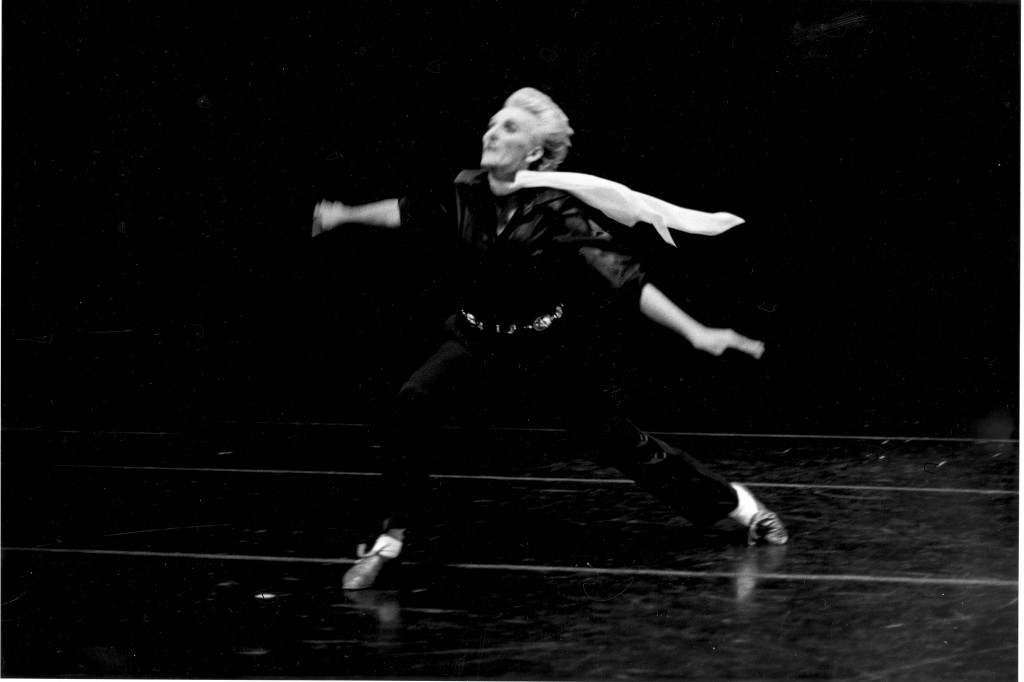 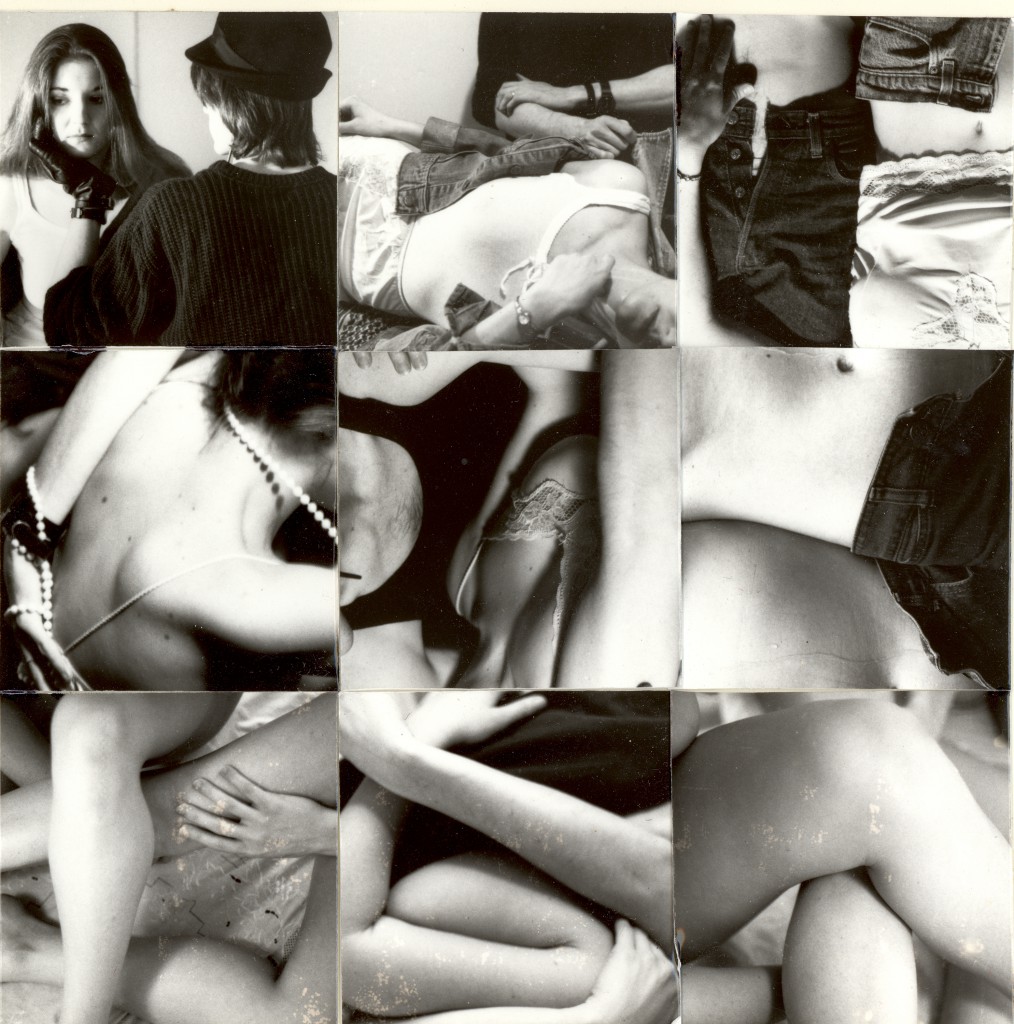 "In the opening section of Maida Withers' "Obsession: A Made in the USA look at Sex," a preacher is drowned out by a set of Elvis Presley songs to which a dancer gyrates so wildly that he literally grinds himself into the floor.
The notion that sex has dominated culture in America in the second half of this century is at the heart of 'Obsession, a collaboration with the Washington Jazz Musicians that had its premiere Friday night at Marvin Theatre.
For all its suggestiveness, the work remains tame for anyone who watches prime-time television. There is no nudity, no realistically simulated sex, no polymorphous perversity. With the exception of a clever parody of "exotic" or Vegas dancing, the work seems more a sensitive exploration of sexuality than a commentary on how sex is presented by popular culture.
As in other works by Withers that have displayed social or political concerns, there is a clear tension between the subject matter and more formalist interests. Withers' tendency toward abstract exploration often overpowers any theatrical "message," and "Obsession" strays far into purely kinetic concerns. This meandering results here in a work of brilliant passages and striking vignettes that alternate with more obscure and puzzling sections within an unfocused structure.
However, there is much in the piece to admire. Withers gives equal time to non-heterosexual expressions of love, for instance. One of the best sections is a duet for Greg Simione and Edward Akio Taketa that explores both tenderness and competitiveness between two men who support each other's weight in Kamasutra-like poses. Like much else in the piece, the strikingly athletic duet is marred only in its being overextended.
Under the direction of Michael Willis, the Washington Jazz Musicians contribute pungency, and from her newly reconstituted Dance Construction Company, Withers coaxed splendid performances, most notably by Simione, Taketa, and Annetta Wade." Suzanne Levy

"I enjoy the bizarreness of life and the observation and participation of the unexpected." says Maida Withers....The dance has to be taken like that. I had the luxury of starting my serious artistic work in the 60s. Life theater was better than a lot of what took place on stage. We were breaking the rules, challenging the rules, and bringing our political and social realities into the theater. But we've had to grow up, to get beyond that aspect of art. We're not in that stage right now. Audiences are more sophisticated. But I still relish the nonsense and the amazing phenomena of life that juxtaposes things together. I still live every day as theater."
Withers personality combines a unique mixture of youth and sagacity. On the one hand, wise and philosophic, on the other, brash and bold. Wearing a simple, black sweater dress with a bright parakeet pinned boldly at the neck, she jumps from her seat with sweeping, intricate gestures that increase her commanding stature and lengthen her long limbs, to describe her latest work. Vivacity infuses every phrase. Her well-defined features and deep-set blue eyes, surrounded with swirls of grey blond hair, radiate with the intensity of her life's work."
"Withers latest work, Obsession, which previewed April 24 and 25 at Marvin
Center evolved from her willingness to be challenged by the unexpected. She was frustrated and exhausted with "the bureaucracy of dance. I was tired of fund raising, extravagant sets, great ideas and big planning. Artists get to the point where they feel they can't even make work. Obsession is the beginning of an idea. After Laser Dance, June 1985 which was so intense - the personalities were intense, the amount of money it took was intense, the lack of experience in collaboration some of the participants had was intense. I was exhausted emotionally and physically and I thought the easiest way to restore myself was to do something lighter, more fun, and not so pretentious."
Laser Dance took two to three years of planning and six months of collaboration with laser artists Rockne Krebs......
"Withers started Obsession with the concept of Elvis Presley. She had inteded to do a period piece of the Presley era. As she worked, she realized that Elvis Presley was the beginning of the sexual revolution in America. "I decided to go beyond just doing a period piece," she said. "I'm not very restrained in stopping myself from doing something that is in conflict with my original idea."
"Through movement the group of seven dancers deals with the emotions of sex.....
During another sextion, the dancers carry exercise mats on stage; each couple, on their respective mat, initiates a series of movements decribing the emotions of sex without being sexually explicity. They touch, hesitate, retreat, fight, and briefly hold each other. "If the concept is clearly defined and the dancers understand the concept, why spend ten weeks rehearsing it." This section, which was very funny and packed full of movement, was mostly improvised."
.... Withers describes herself as having a common man background. "You've got poverty, money, social injustice. You see it all, compressed. IN a small town there is no culture except what you make yourself."
....."My family always encouraged me to feel free to differ."
(long article continues for two pages). Sharon Jemison

Vanguard Dance Company Premieres 'Obsession'
"Withers admits her narrative style is direct social commentary. "The puirpose is not to convert someone but it does make social observations." "Obsession explores sexuality through an American eyeglass, in an "intimate but not a vulgar way,' Withers says. "Sexuality is cleansing, purification. In this piece, the whole group comes together in a harmonious way."
Withers inspiration in the creation of the piece came from growing up in the age of Elvis, and Elvis broke tradition in the South, where the churches were strongly against sexuality and Withers says, "a hero is a beginning...and I think Elvis was the beginning of breaking the Puritanical restrictions where women could enjoy the discover of their sexuality." Diana Maria Konupek, News Staff Reporter