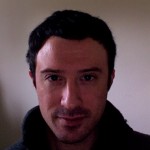 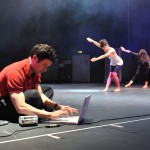 In 1995 he co-founded Magpie Music Dance Company alongside Katie Duck (Grupo), Michael Schumacher (Forsythe). As a member of Magpie he has performed with artists such as Steve Paxton, Nancy Stark Smith, Kirstie Simpson, David Zambrano, Pauline DeGroot, Benoit Lachambre, Julian Hamilton, Miguel Gutierrez, Boris Charmatz. His choreographic work has been presented throughout Europe, Asia and The United States, has been commissioned by The National Theatre of Scotland, The School for New Dance Development, The European Dance Development Centre and Effecto Venezia. He has received support from The National Endowment for The Arts, The Heinz Foundation, Arts Council England, and The Institute for Performance Research. He has worked as a performer in subsidised projects in five different countries, for choreographers such as Susan Rethorst, Thomas Lehman, Katie Duck, Maida Withers, Allesandro Certini, Charlotte Zerbey, Katrina Brown, Lesa McLaughlin, Sharron Wyrrick and Max Factory. His education is in Modern Dance, studying with Alwin Nikolais, Erick Hawkins, Debra Riley (Dunn), Martha Curtis (Koner) and Chris Burnside (Lewitsky) and dancing in works by Meg Harper (Cunningham) and Sharon Kinney (Taylor). He holds a Master of Fine Arts in Dance and was a George Washington University Fellow, also holding a Bachelor of Fine Arts in Dance and Choreography from Virginia Commonwealth University, including Acting and Voice for Stage. He graduated from both institutions with honours. He is currently a Senior Lecturer and Program Leader at The Manchester Metropolitan University (06) and he is a member of the editorial and advisory board for the Journal of Dance and Somatic Practices (08). From 1993-06 he was a tenured lecturer at The Amsterdam School of The Arts’ School for New Dance Development, Jazz Theatre and Modern Dance Departments. He has been a member of the artistic leadership team of The School for New Dance Development (02-03) and Youth Dance England (07).