1983 –  Turf   An Evening length feminist performance on women Olympians created in honor of the 1984 Olympics to be held in LA, California.  Olympic Films  from the German Olympics (1936) and the Olympics in Japan (1962) and the 1976 Olympics illustrated the changing behavior of emerging women athletes. The dancer as athlete is the essence of “Turf” – the raw physical movements of Olympian athletes, their gestures of nervous preparation and intense concentration, their passion and power as seen on Olympic films – 1936 Olympic footage from Nazi Germany and 1960 Olympic footage from Japan.  Turf was part of my feminist works.  This was about the changing view of women by both women and men.  By 1960 there was a changing attitude toward female athletes.  In 1936 the women were treated like their physical strength was being taken for sports against their need for strength to give birth to children.  In 1936 the women were coddled.  The independence of woman was so much clearer in 1960 and in the Olympics in 2014 women were allowed to compete in the high risk skiing events, finally.

Olympic films projected in performance: The Festival of the People (1936 Olympics); Tokyo Olympiad (1964 Olympics), The Swift, The Strong and the Beautiful (1976 Olympics); Film excerpts for performance projection:

Unfortunately the film was not recorded well during the performance or rehearsals due to the quality of the cameras and the intensity of the stage lighting.  There is no rehearsal or performance that shows the amazing 16mm film footage of female athletes in the 1936 and 1960 Olympics.  The sound score includes the text but the projector could not overcome the lighting on stage.

The work was kept in repertory and toured to Atlanta, Georgia, Philadelphia, Pennsylvania and Boston, Massachusetts in the earliest chain of performances established by funding from the NEA.  Families Are Forever was also presented on the tour.

Turf was reconstructed a year later and some member of the first cast were replaced by other dancers.  We regret any error in the names on the video. 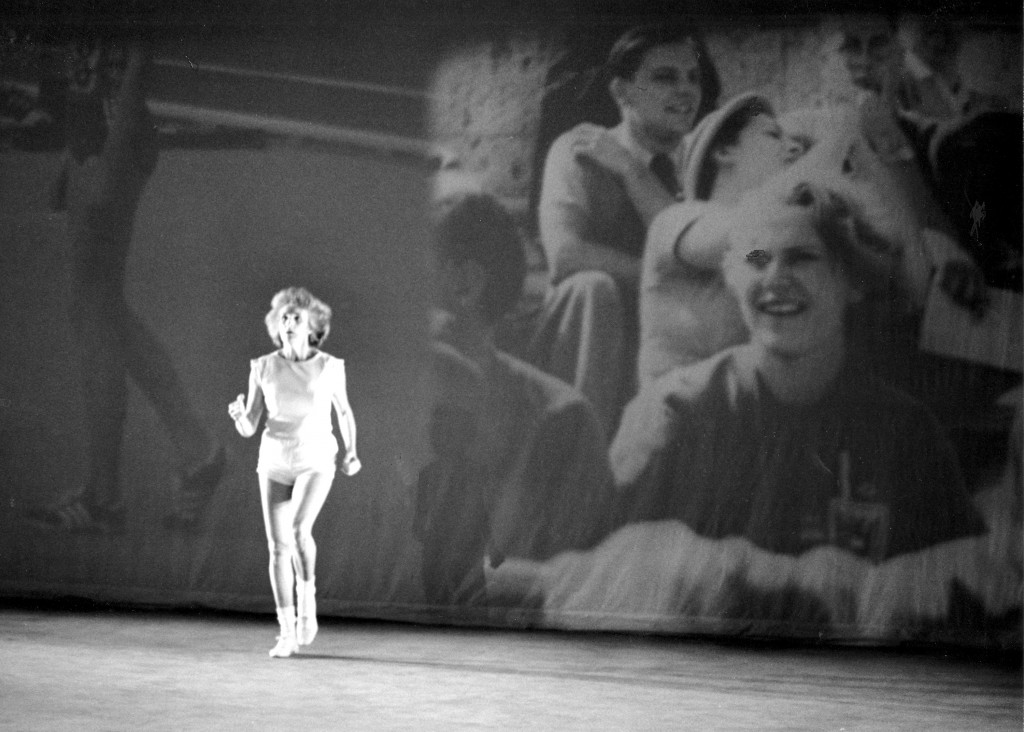 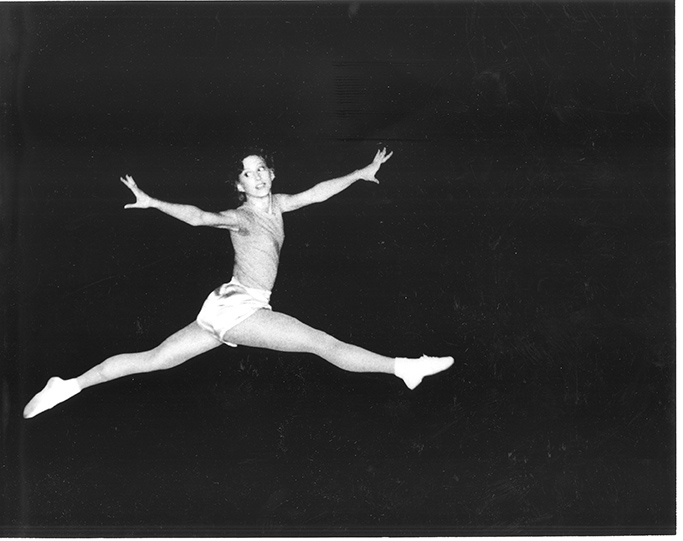 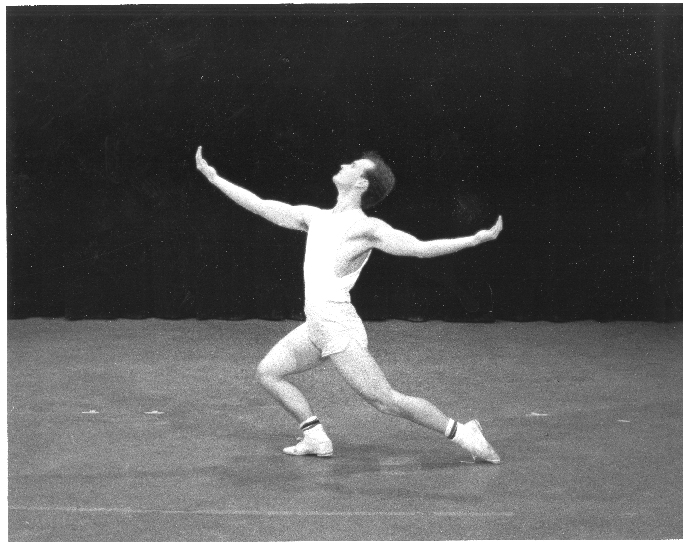 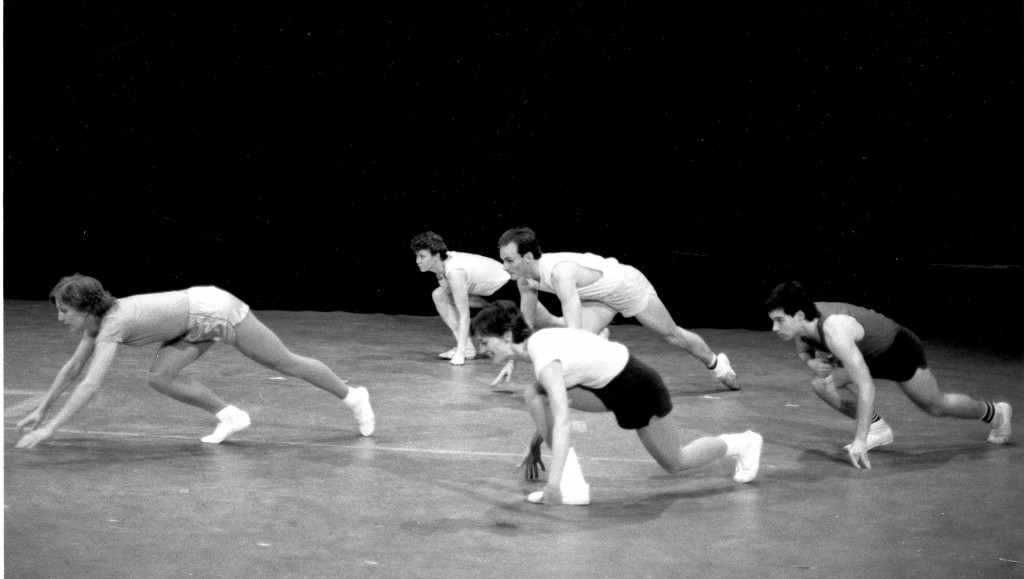 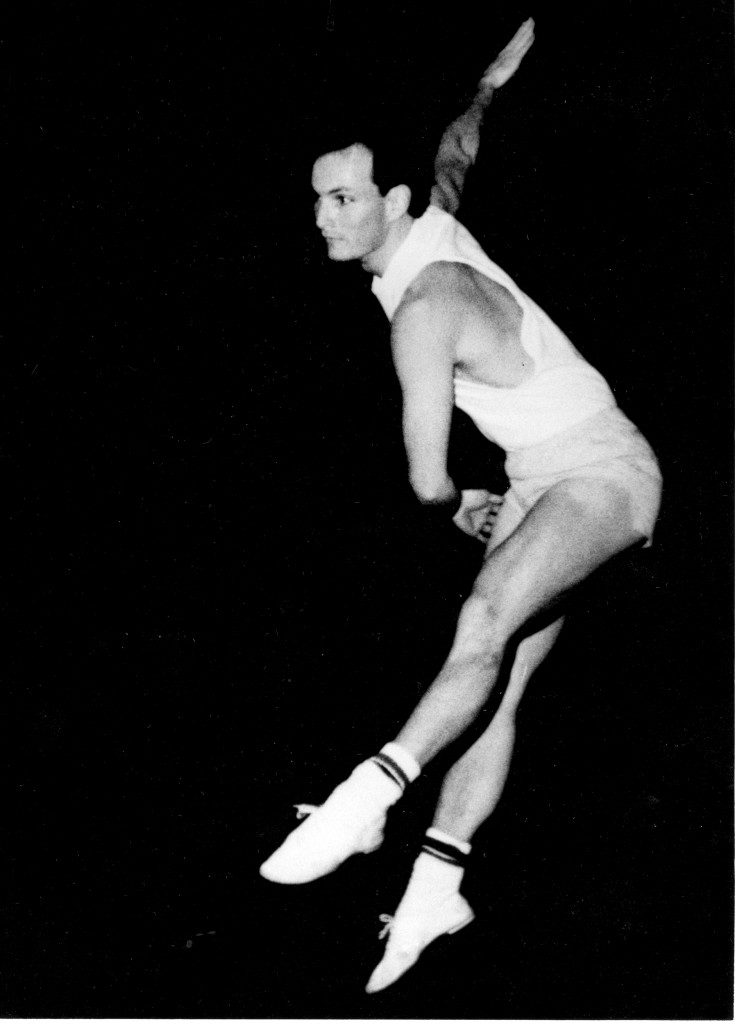 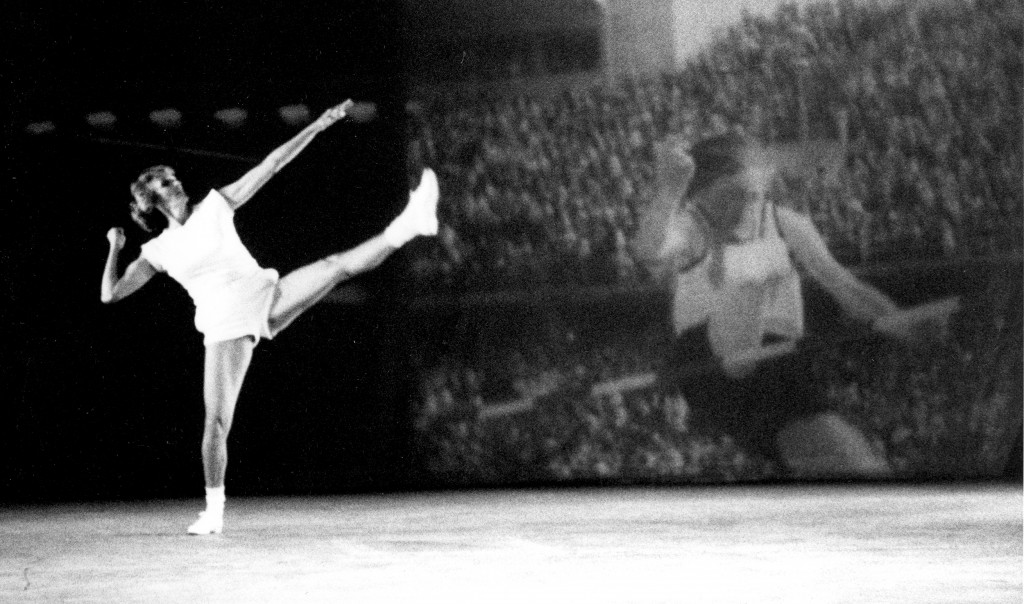 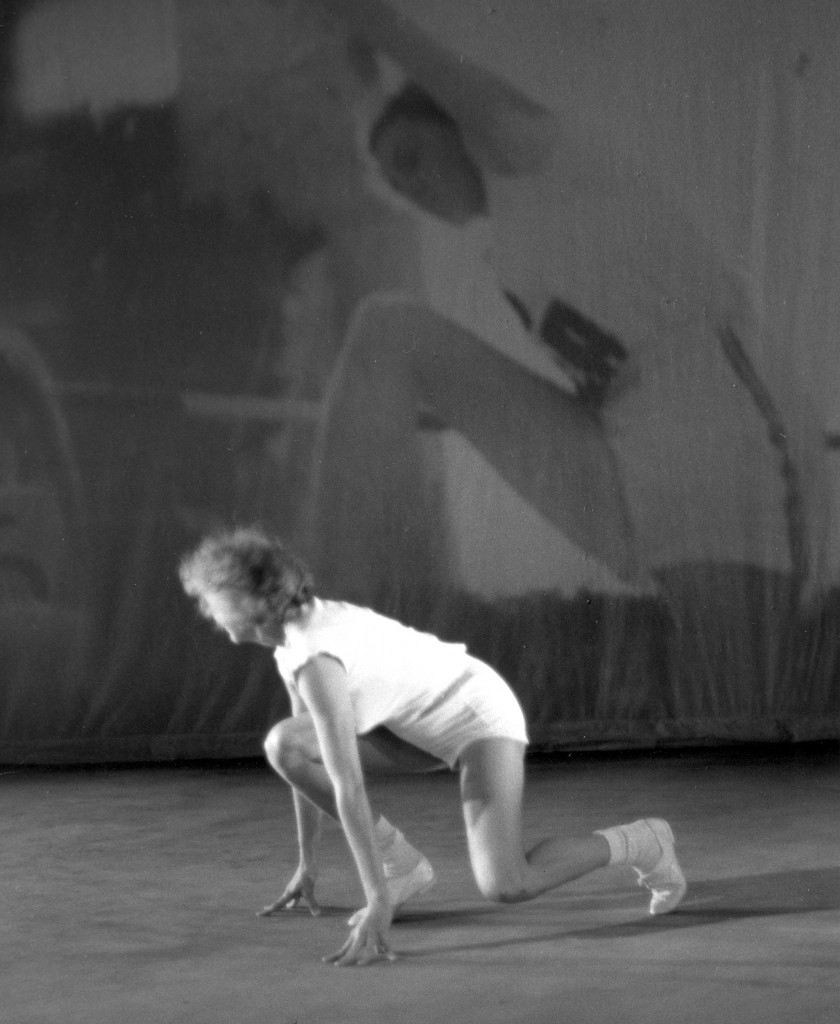 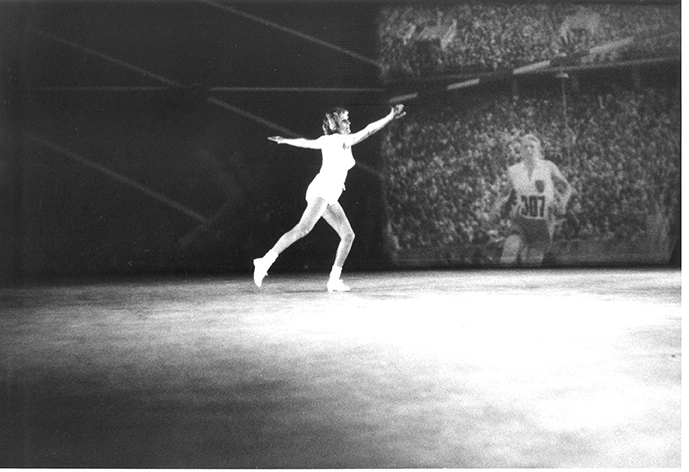 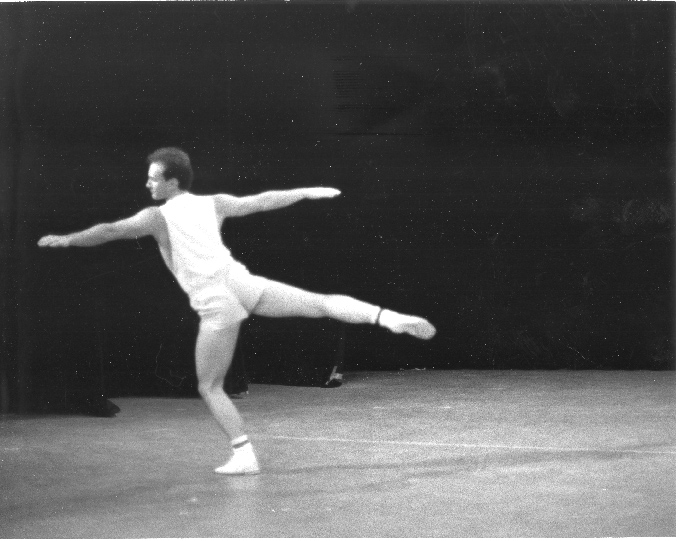 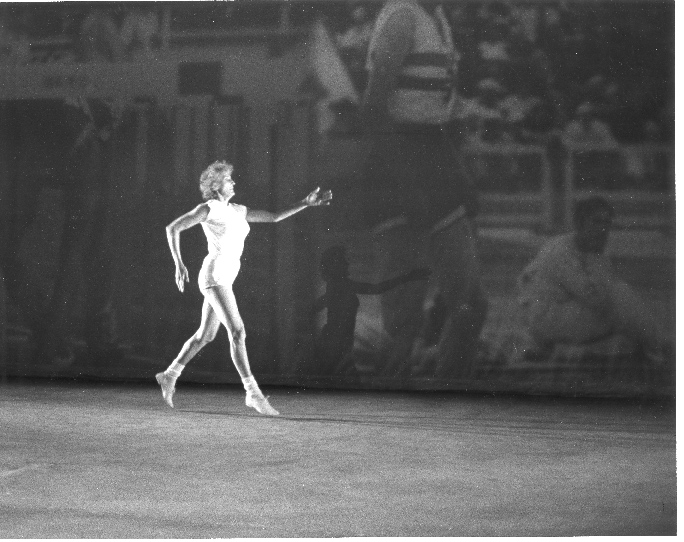 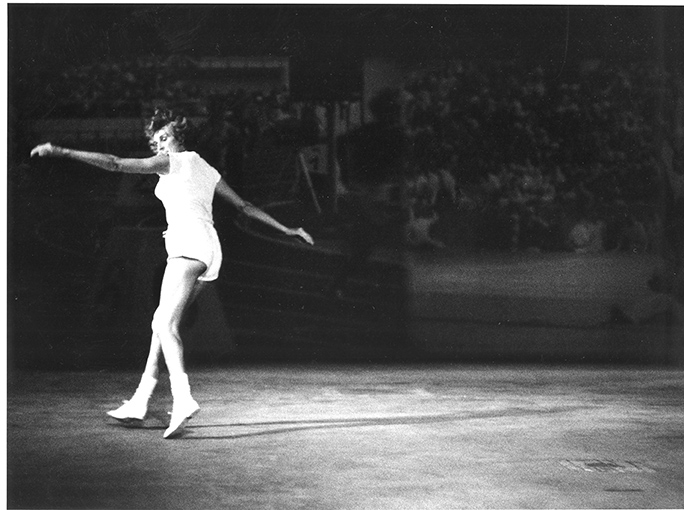 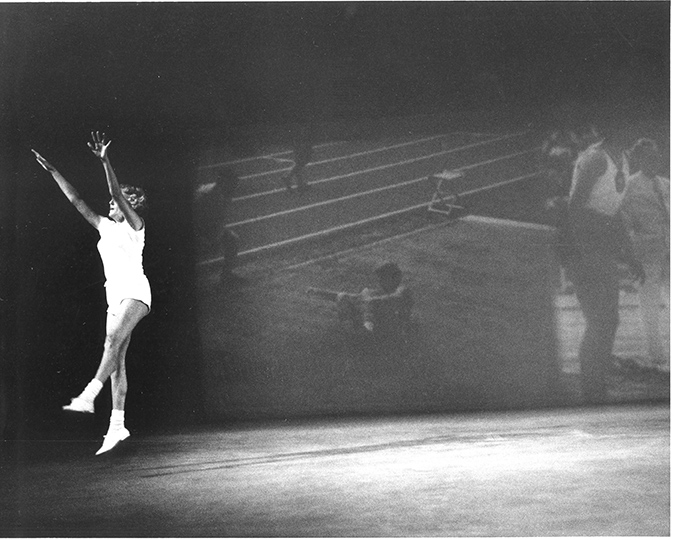 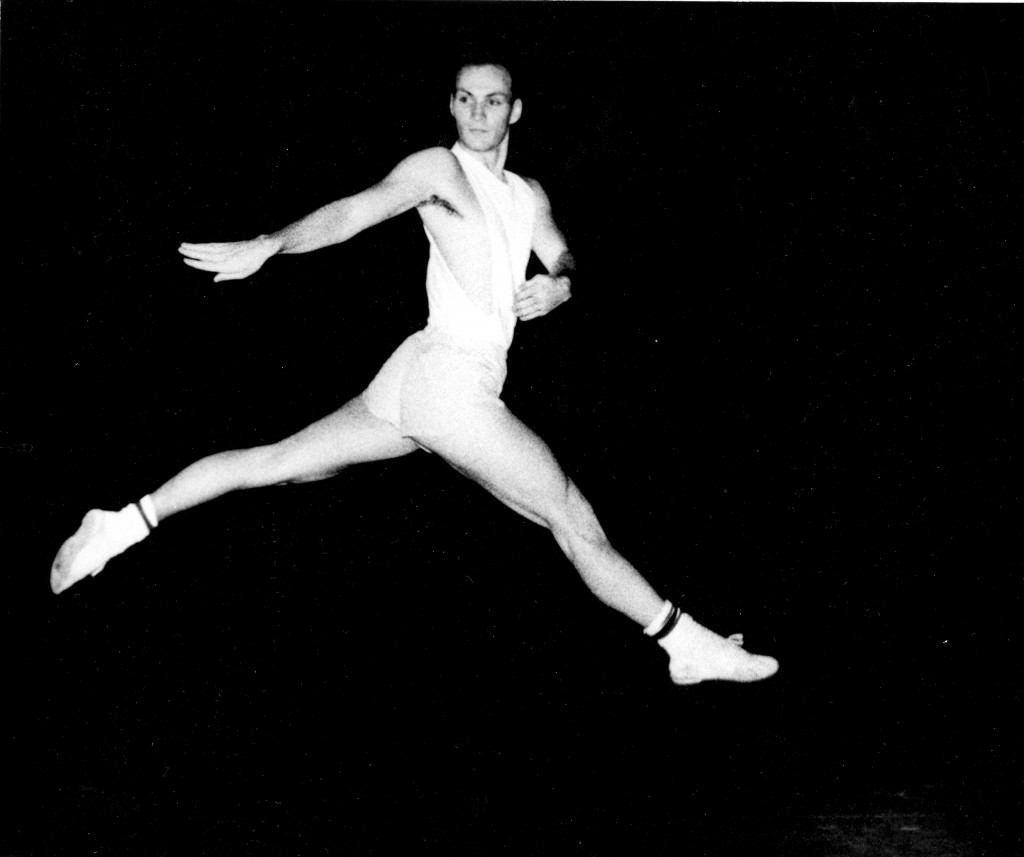 "Maida Withers and her Dance Construction Company from Washington, D.C. will give a week long residency of choreographic workshops and classes today through Thursday at the collective. "Maida is a very well-known New Wave choreographer and we are thrilled to have her here (Atlanta)" said Mrs. McGhee (Found of the Dance Collective in Atlanta). rounding out their week in Atlanta, Ms. Withers and her company will perform Turf and Families Are Forever. " "Using the raw physical movements and passion of Olympian athletes, "Turf" examines the relationship between sports and dance. It will be performed against film images from the 1939 and 1976 Olympics." Helen C. Smith

"With the slow-motion technology and the superimposed music of that ubiquitous phenomenon, the TV sports essay, the idea of the athlete as dancer has become a cliche. In last night's premiere of her dance "Turf" at GW Marvin Theatre, Maida Withers went the newscasters one better in presenting the dancer as athlete. Choreographed in honor of the 1984 Olympics, "Turf" inevitably competes with the televised images that permeate our consciousness every four years. In choosing to dance against a backdrop of actual Olympic newsreel footage and broadcasts, Withers boldly pits the unaided human body against the familiar electronic wizardry. Indeed, she leaves her own dance "tricks" in plain sight. Slow-motion jumps are accomplished with the aid of lifts, and dancers, performing bicycling movement on their backs, give "close-ups" of striding action. In devising the choreography for the Dance Construction Company, Withers studied documentary film footage of female athletes from the 1912 to 1976 Olympics. And Withers proves that there are still advantages to the live event. She is able o present her athletes in Synchrony, to supply the calculated grae of the precisely tilted head and the pointed foot, and to fragment familiar events by presenting them out of sequence. The more impressionistic setions are also the more successful. Withers' opening solo, emphasizing he quirks of athletic preparations and recuperations, pithily aptures the frustration inherent in the sports contest. Juxtaposing slow, normal and accelerated motion, a walking race becomes a clever commentary on styles of coping with competition. A sequence of flashing leaps and sweeping windmill arms provides a climactically charged ending. In their white track outfits, Withers and her dancer look like the real thing. However, in challenge to the sports essay, "Turf" ultimately proes that the different goals of the athletic and dance professions will always keep them distinct. Also on the program was Withers' 1982 "Families Are Forever," a haunting work that exposes and embraces the platitudes of American family life. The program will be repeated tomorrow at 8." Suzanne Levy

"Maida Withers, Mover and Shaker of the Dance" Maida Withers is one of Washington's genuine movers and shakers. Professor of dance at George Washington University, diretor of the Dance Construction Company, ardent supporter of the avant-garde, mother of four, she bowls you over with her energy and radiance. Her dances, many of them evening-length works created in collaboration with poets, composers, sculptors, and other artists, are daring and experimental. Sensuous and spatially interesting, they often mix a variety of media into one evocative whole. Two of Withers' most recent works, "Turf" and "Families Are Forever" are on the Dance Construction Company's program this weekend at GWU's Marvin Theatre. "Turf" examines the relationship between sports and dance. As film images from the 1936 and 1976 Olympics appear on a backdrop, eight perfomers assume athletic stances, enacting warmups and summoning concentration and power. "Families Are Forever" with an original score by Joe Clark and set in a sculptural installation by Janet Saad-Cook, is a four part saga chronicaling the joys and frustrations of blood relations. " Pamela Sommers

""Withers works in straightforward modern movement idioms with energetic combinations of turns, leaps, and strong shapes. The history of the Olympics was the inspiration for her new work, Turf, which shows the dynamic linkages between sports and dance. In dance, the quality of movement is an end in itself, while in sports, it is a means only to victory. Yet success in athletics demands extraordinary coordination and physical control not unlike that developed by dancers. This is not a new theme aby any means. Twyla Tharp and Gerald Arpino, among others, have eplored the same territory. But Withers added an extra dimension by juxtaposing films of the 1936 and 1972 Olympics with stylized dance versions of the movements. The nine dancers, garbed in simple white T-shirts, shorts, shoes and socks, raced through broad jump, high jump, competitive walking, running, and hurdles. Some segments were varied by slow-motion meditations or speeded-up caricatures.
...social themes with candor and daring, she choose to ignore the political overtones of the 1936 Olympics, concentrating on visual rather than visceral themes. Despite the interesting distillation of athletics to pure movement, however, the work stalls at one level, simply stringing together different events, and ending abruptly with the dancers raising their arms in victory." Julie Van Camp