Much of this footage was later used in the video art project TUK (Tukuhnikivatz) also distributed to dance film festivals.

In December 2016, President Barack Obama designated BEARS EARS as a national monument.. President Trump has been redesignating these government lands to allow mining, oil drilling, etc on large portions of these lands.  This is extremely contentious with the four Native Tribal groups and environmental commissions.

Maida Withers, born and raised in southern and central Utah, returned to the land of her birth in Utah several times over a seven-year period to study and remember the Earth and reengage with her more primal self. This period was important to her knowledge for the many Earth works that she conceived and danced. The project featured several two to six week residencies in the Four Corners Area (Arizona, Utah, New Mexico, Colorado). Her constant companion for these adventures of research was Verabel Call Cluff. Joe Pachak was very instrumental in the selection of four locations for research and filming. Bruce Hucko was our photographer, artist-collaborator. Sunny and Hardy Redd with their generosity with their home, truck, food, ideas, made the project possible. These many residencies was brash and daring in many ways. Generally we lived out on the Earth without a tent or other protection. We rose with the Sun and laughed with the stars
.
Dancers feature Maida Withers, Will Goins Moreau, Emily Ojala, Cristy Lamb, Tim Harling. 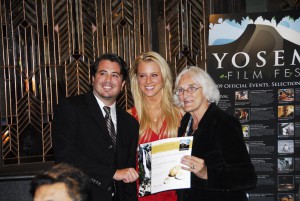 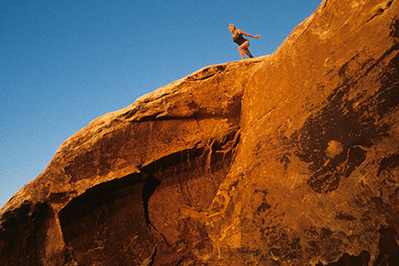 Works for stage and film based on the southern Utah residencies are available on Maida Withers Dance Construction Company archive: maidadance.com/ as well as on Vimeo.