1981 – Stall. an evening length collaborative performance of dance, sound sculpture, and music choreographed by Maida Withers, a rotating loudspeaker installation by John Driscoll, composer/sculptor, Phil Edelstein, rotating loudspeaker animation, with dancers from Maida Withers Dance Construction Company.  Charmed Particles was the early name for what became Stall. The performance is a result of a dialogue between art and science, and presents an innovative work integrating art, music, dance, and electronic technology.

The rotating loudspeaker, suspended above the dancers at center stage, creates dynamic movement patterns which are sympathetic to the motion of the dancers.  The dance was first created for one male and two female dancers and latter included an additional male and female dancer.  The instrumental loudspeaker disperses sound into the space and takes advantage of the resonant and reflective characteristics of the performance space.  Sound images, created by the interaction of the space and the rotating loudspeaker, combine with music for four peripheral speakers making an acoustical phenomena which could be described as a sonic architecture.  The preferred space is an open architectural space where the audience surrounds the dance space and is located between the rotating loudspeaker and the peripheral sound field.

The world premiere of Stall. was in Berlin, Germany in May 1981 at the Festival of Pantomine, Music, Dance, and Theater at the Akademie der Künste with the Maida Withers Dance Construction Company, John Driscoll, and Phil Edelstein;  the US premiere was at the Pension Building (now Building Museum) in Washington, D.C. in October 1981.

Stall. was in residence at the Akademie Der Kunste Festival in Berlin, Germany for three weeks prior to the public performance on Friday May 22, 1981 a 22:30 pm…Ausstellungshalle.  We discovered at the Akademie in Berlin another rotating loudspeaker that was a ball shape….perhaps the first ever created.

National Endowment for the Arts (Interdisciplinary Arts) supported the creation of the rotating loudspeaker. Unfortunately the loudspeaker was destroyed by water in its storage place in Wall Street during the destructive Hurricane Sandy.

Choreography from Stall. was presented in June 16 – 18, 1982 in Dorothy Betts Marvin Theatre as part of the GW Summer Dance Workshop Performance using a  neon sculpture on stage created by Margery Goldberg.  For this performance there was no rotating loudspeaker set. 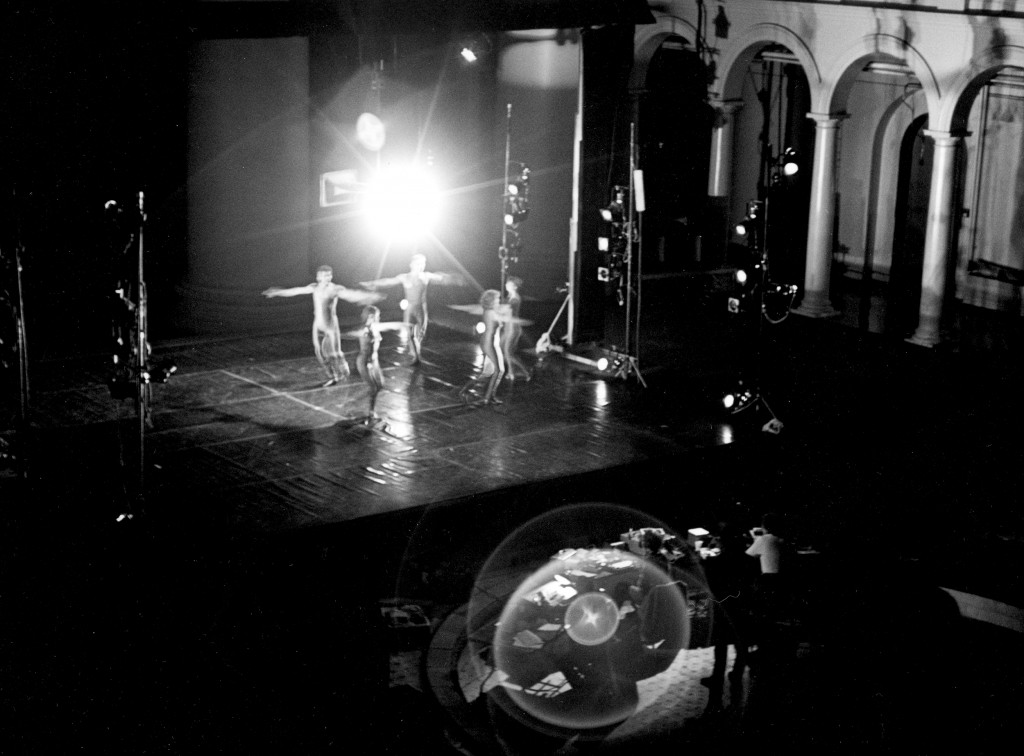 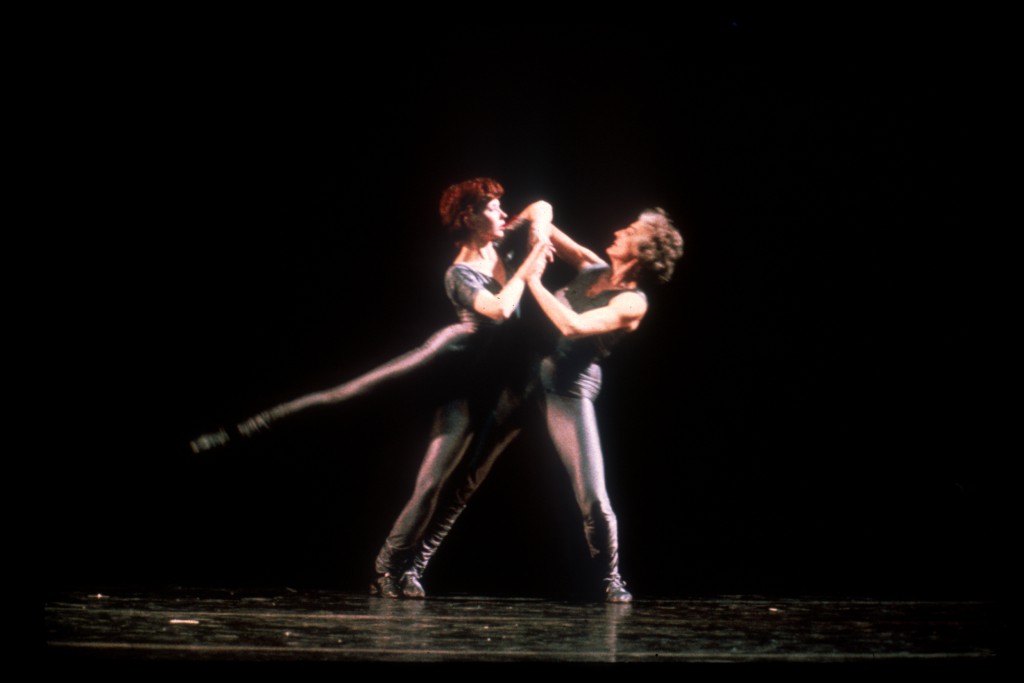 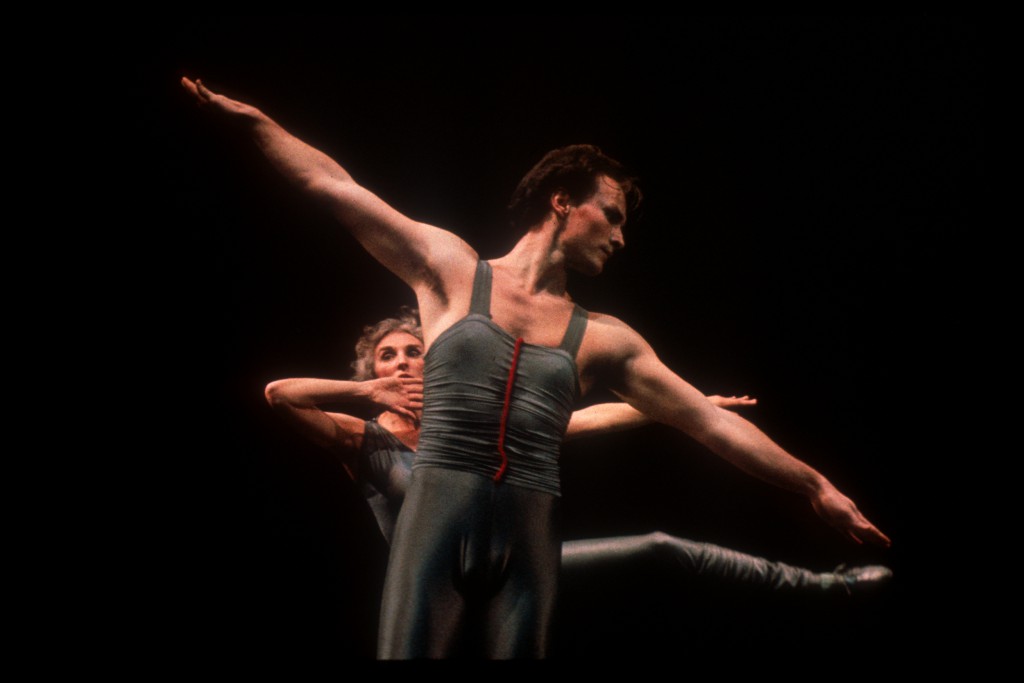 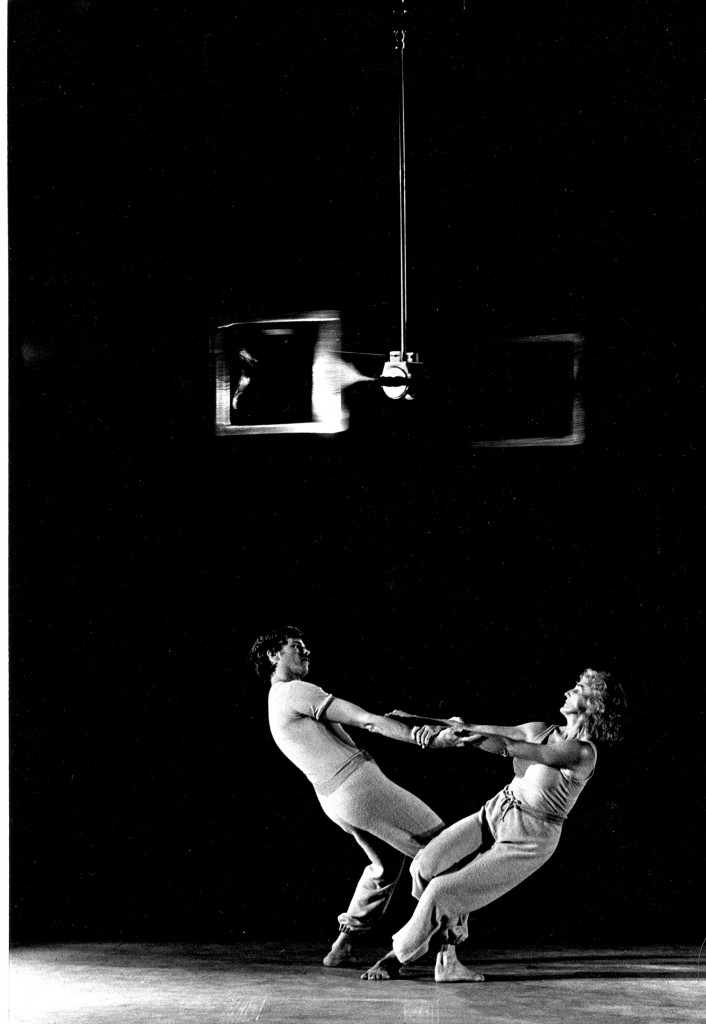 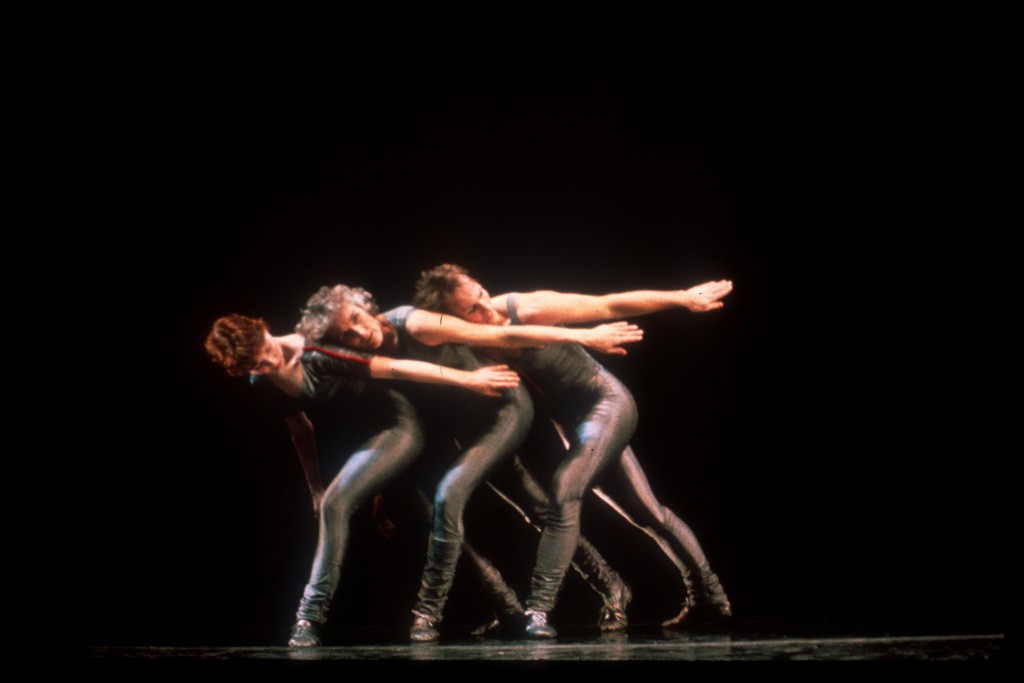 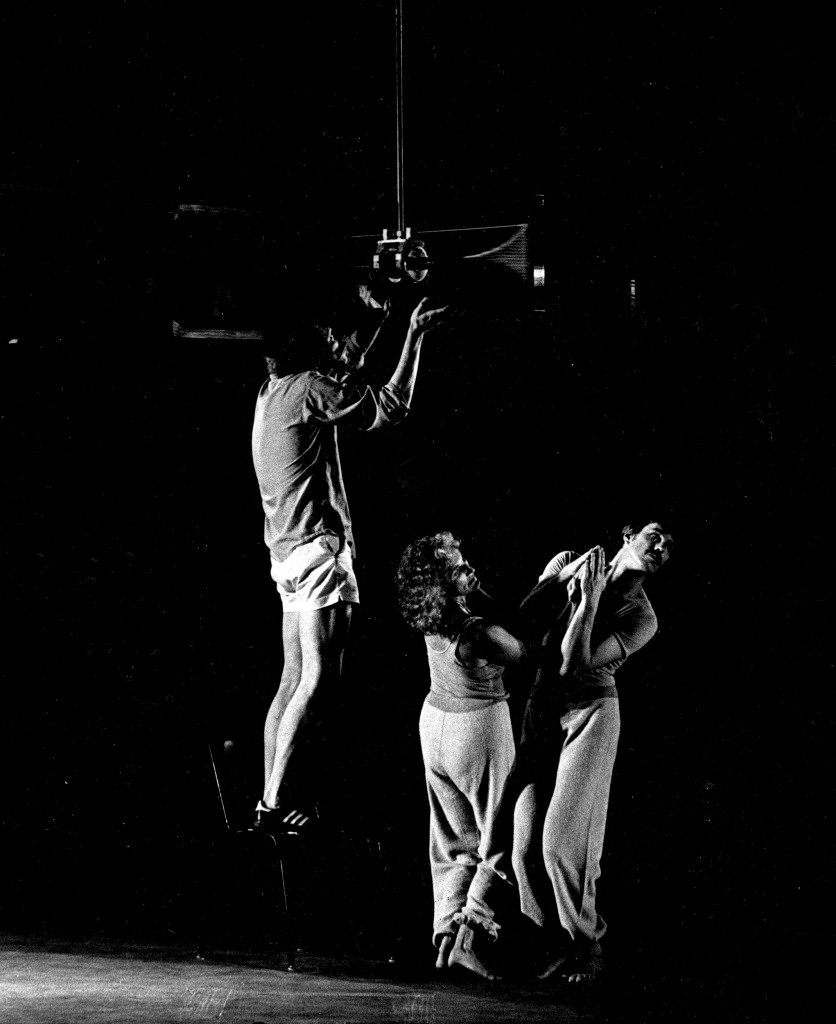 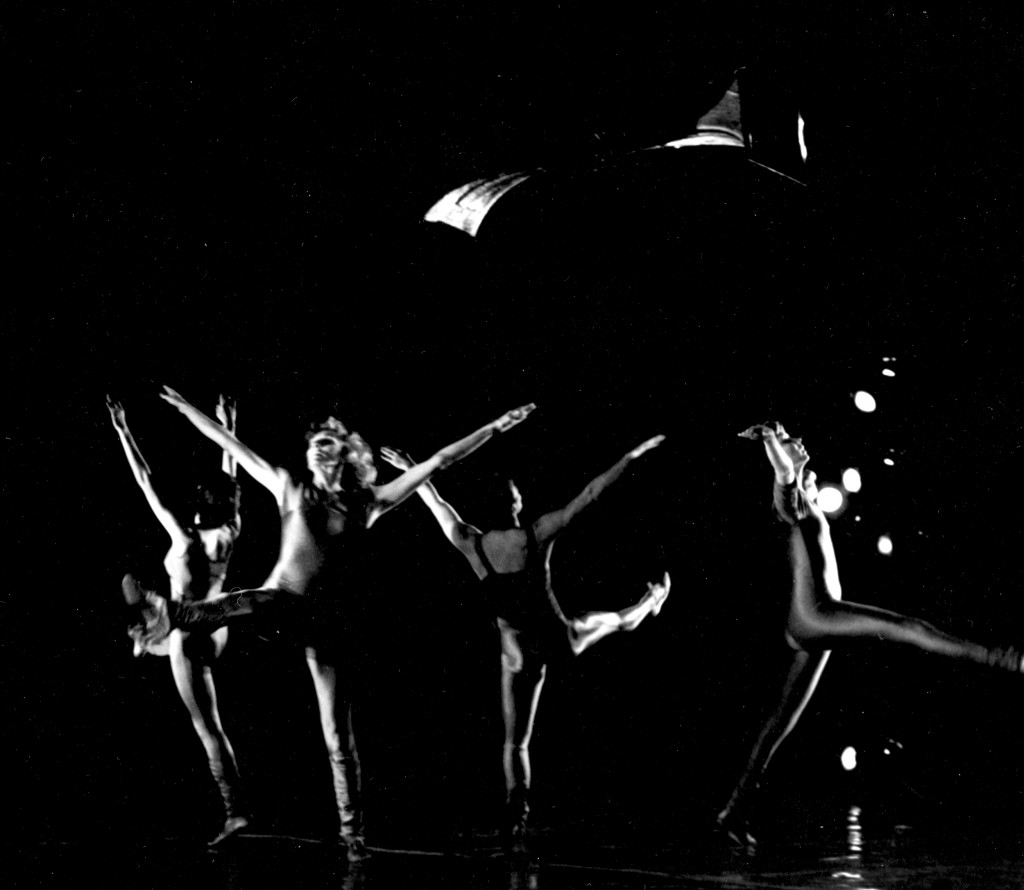 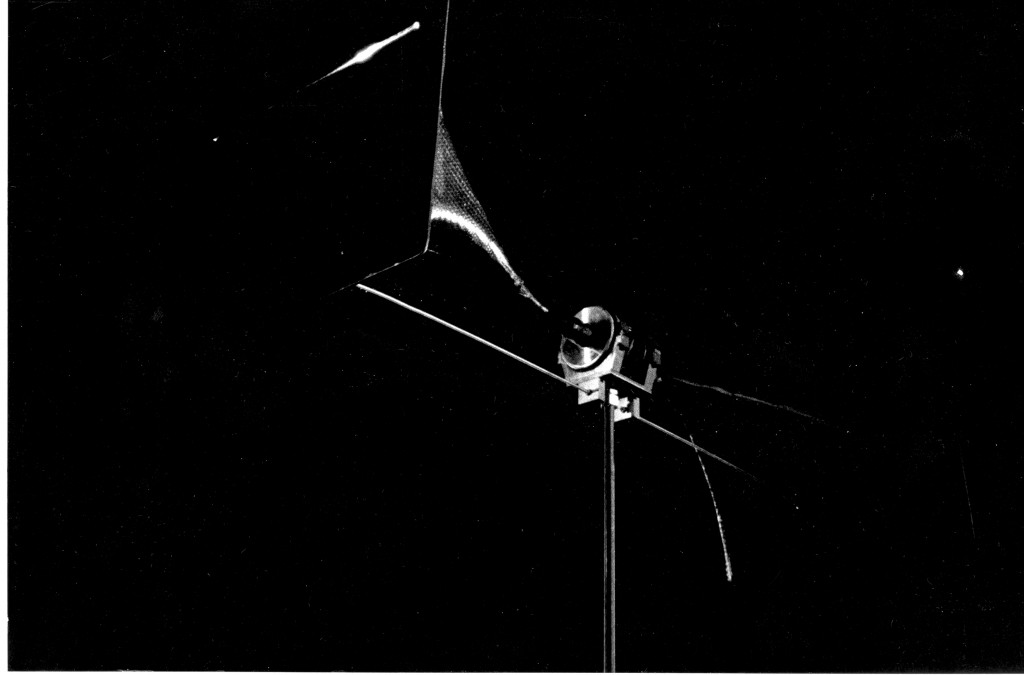 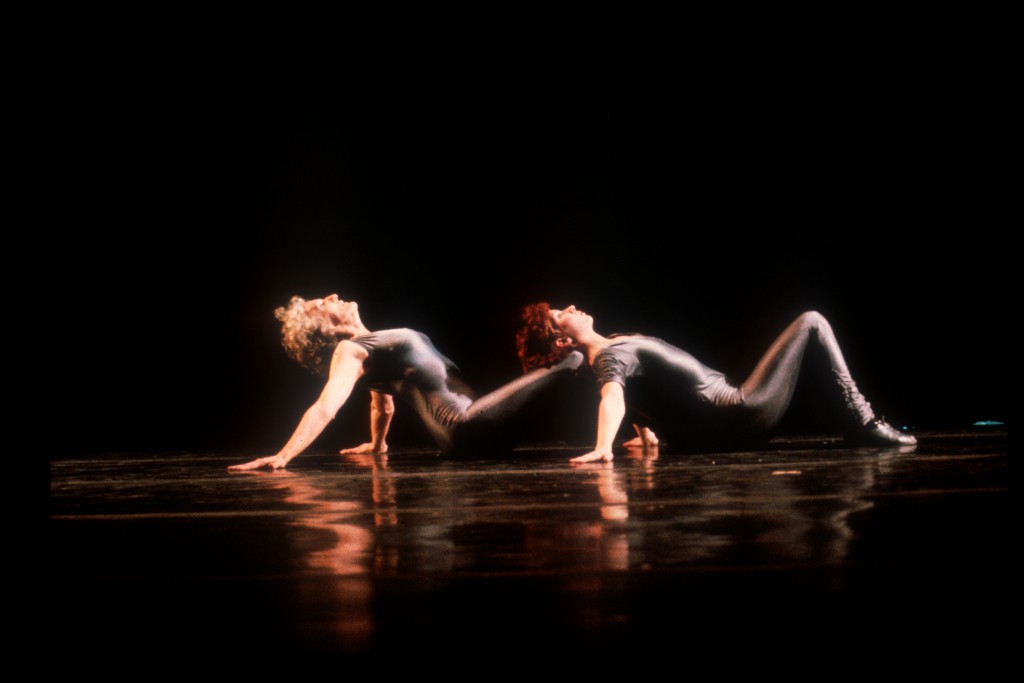 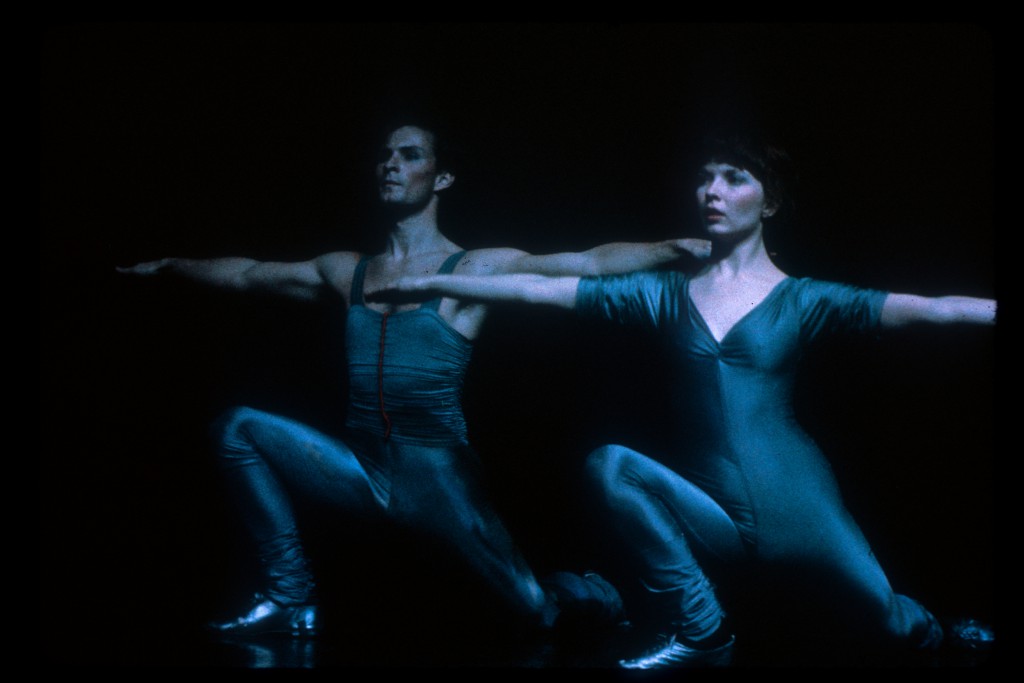 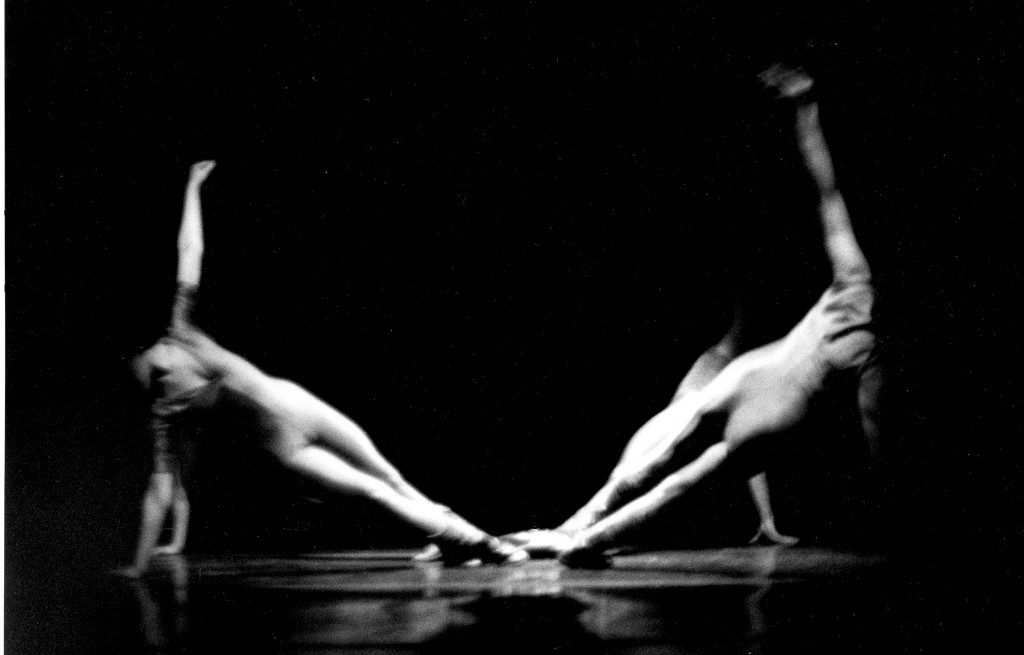 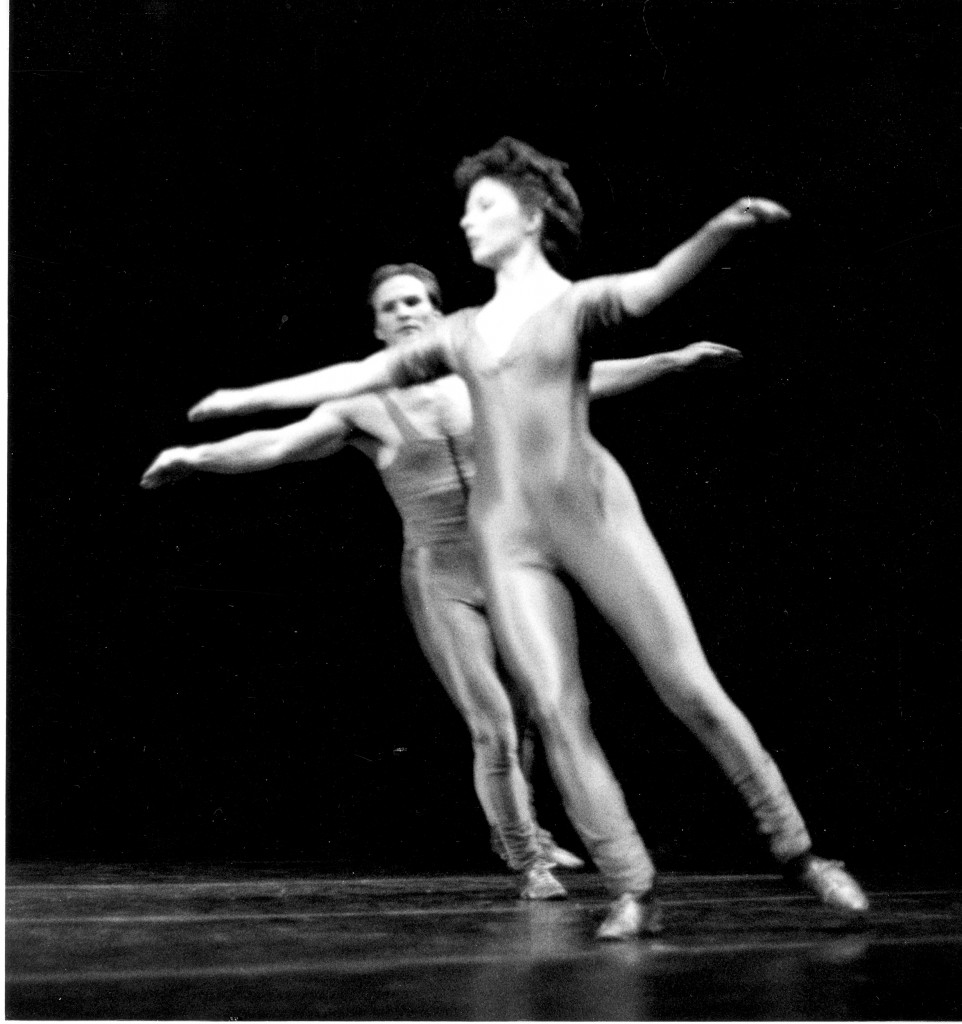 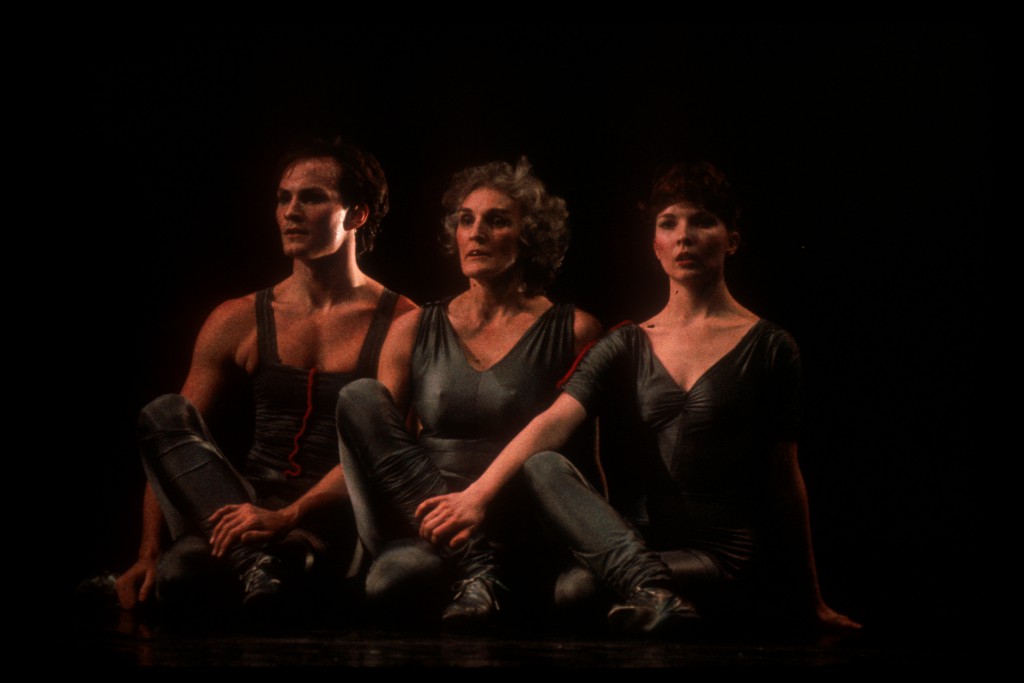 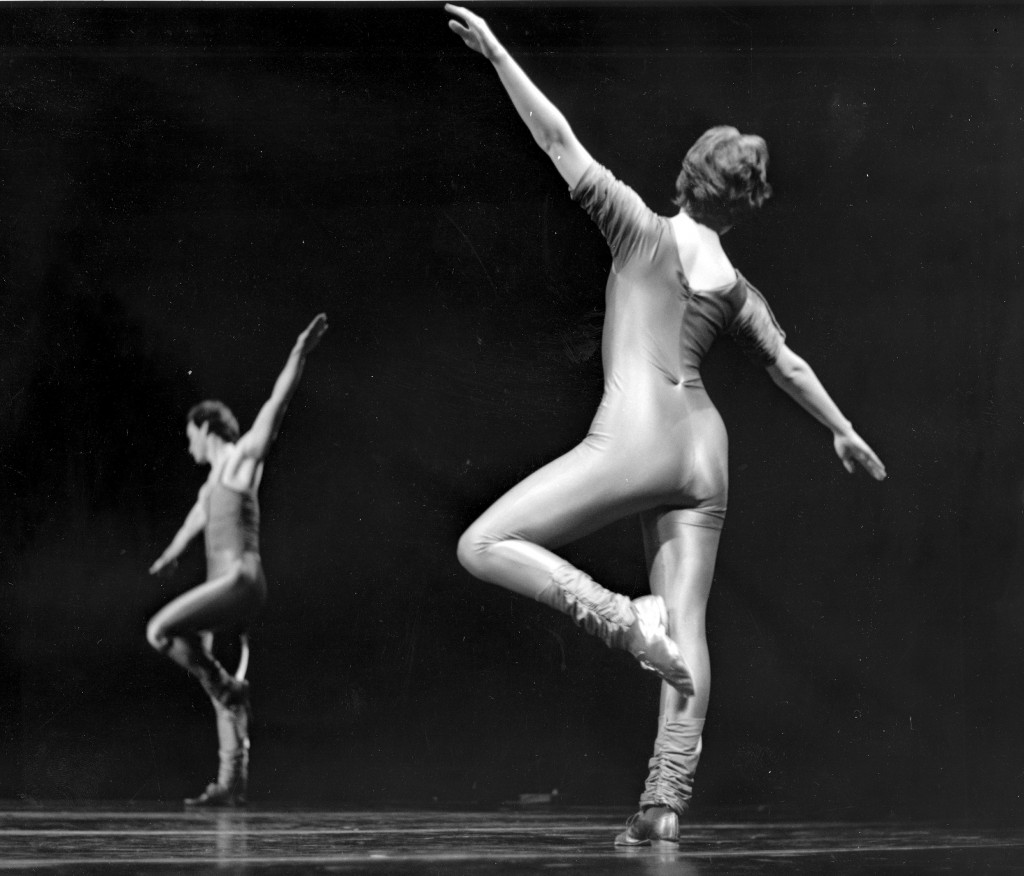 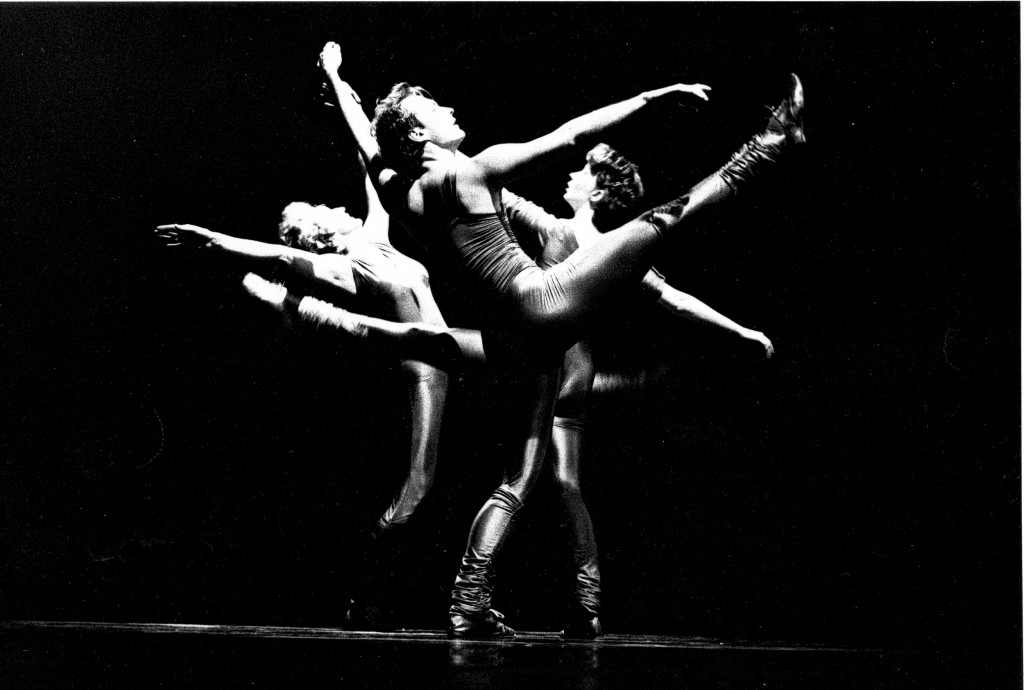 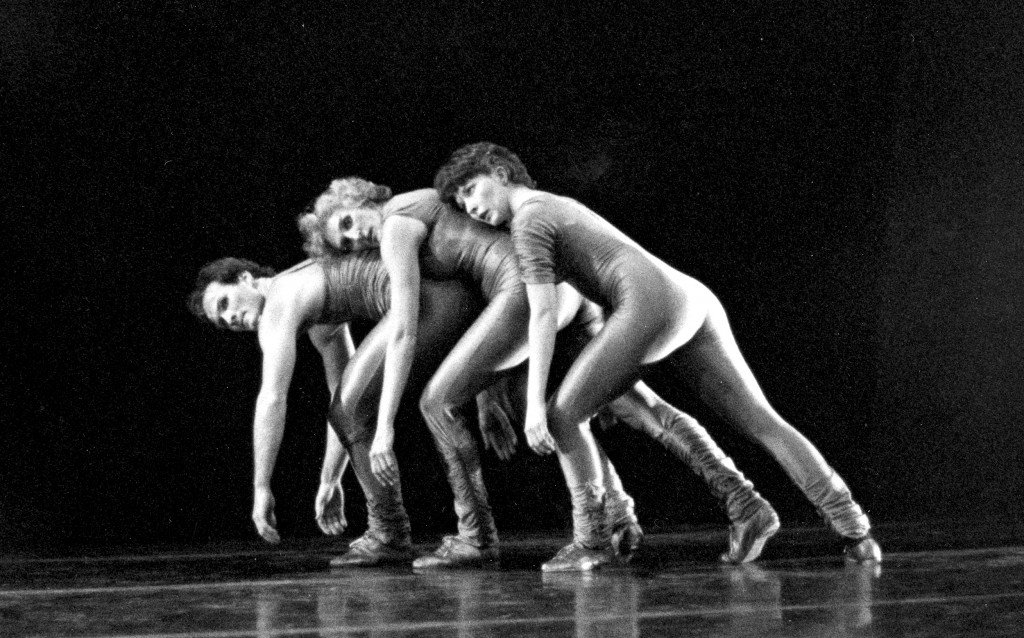 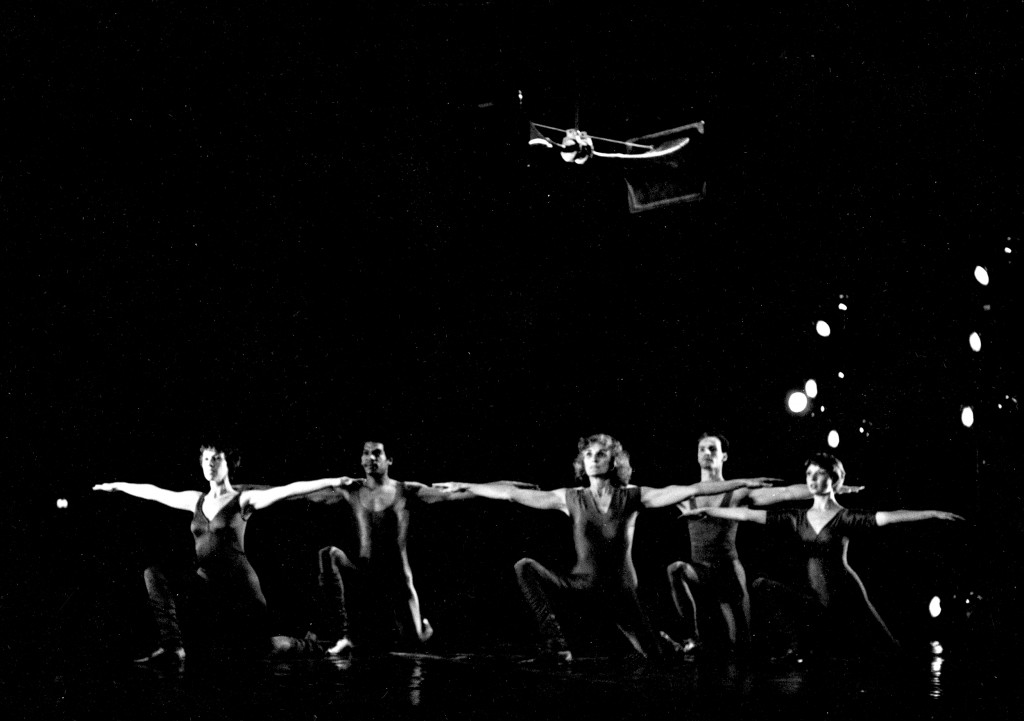 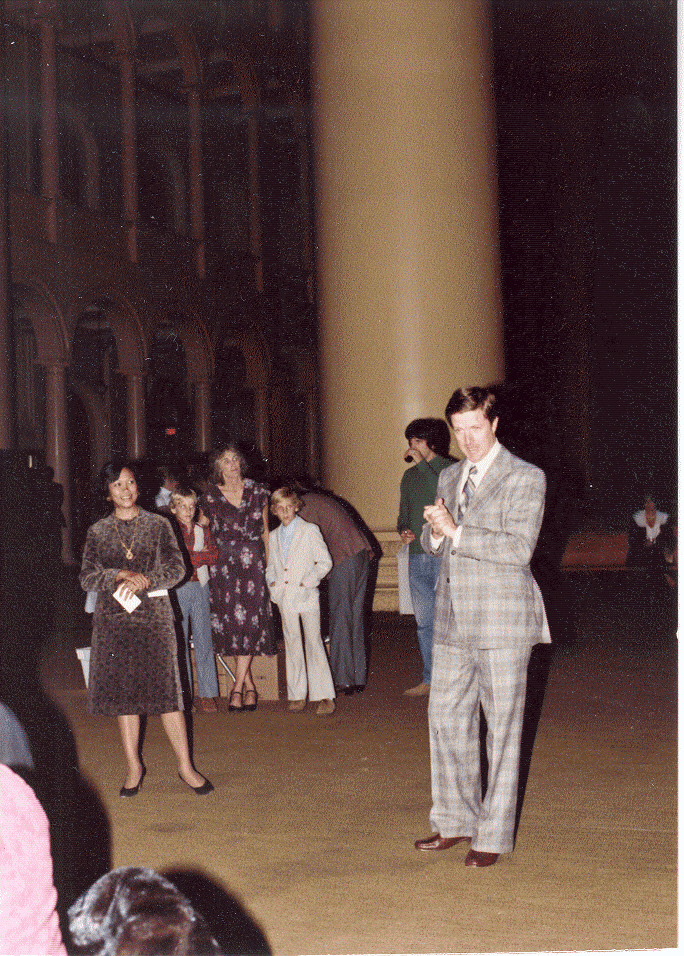 "Picture the dance scene without Maida Withers - how much duller, drier and shorter on surprise the last decade would have been. It was Withers who took the lead in shaking us up, startling us with new ideas and new methods, bullying us into questioning every assumption or received notion. It was Withers, very largely, who brought us into contact with the artistic turmoil of the late '60s and '70s, both by importations from the outside and by example in her own work. Then, as today, she was our prime evangelist of the novel and strange byways of dance, a tireless advocate of causes, aesthetic and otherwise, and a human juggernaut in the force of her wit, stamina and intelligence." Alan M. Kriegsman

"Maida Withers' love of risk and the unknown has led her and us through dozens of daring choreographic expeditions over the past decade...less interested in charming spectators than in prodding them into unexpected modes of perception, she's always preferred to take a grand leap into the abyss than an easy swim across the pool Stall. is challenging -- no less to the audience than to the dancers; it's also bold in conception, at once stark and vivid in atmosphere, and mammoth in dimension. ...Though the thread of a distinctive personal vision runs through all of Withers' works, no two of them are ever quite alike." October 22, 1981 Alan Kriegsman, Washington Post

"The sense of interruption- it's not stop, and it's not a start, but something in between, like the gliding into position of the rotating speaker." Alan M. Kriegsman

"The 'sonic architecture' disperses through space propelling the continuous flow of Withers' choreography. Circular patterns emerge, broken by large reaches toward the center, loops of the legs, bodies that knot and untangle."

"'Unlike some of my previous works," she says of 'Stall,' 'this is entirely non-improvisational. In fact, it is organized to a hairsbreadth of exact connections. I tried in this piece to be more austere and hypnotic." Noel Gillespie

"She's been called the iconoclast of Washington dance." Webster's defines iconoclast as "one who destroys cherished beliefs and traditions." "Destroy" is perhaps too strong a word. When applied to Withers, the definition might better read "one who tests the limits of established tradition, and goes beyond"
"Even though much of her work contains large doses of social commentary, it also can stand alone on the movement. The core of the work is movement… the sheer joyous exploration of how motion leads into motion, even when accompanied by silence." Carol Wonsavage

"There seemed to be cave and underwater reverberations. Choreographic development was akin to organic growth, including its imperfections." George Jackson

""Stall' is dance for pure kinesthetic enjoyment. It is a driving work, an hour long, which thrusts, turns, flows, and falls through space… Maida Withers is a dancers who dares to throw herself to the very edge of possibility in every movement, and Frances Babb was the epitome of the word exquisite." Frances Wessells

a "forty-four-year-old human juggernaut in the force of wit, stamina, and intelligence." "tall and rangy" woman with the "face of a wagonmistress, an incredible shock of charcoal-ash hair with limbs as long as her body, choreographer, company director, impresario, prophetess, teacher." Michael A. Kriegsman

"It is a pity Ms. Wither's brilliant collaboration of dance, semi-improvised music, and dramatic lighting and shadows, seen at the U.S. Pension Building, was presented only once. It is the finest yet ofher many strong efforts over the last few years and deseres an audience beyond D.C. She was in top dancing form as were Frances Babb and Dale Crittenberger."

"Stall (is) challenging -- no less to the audience than to the dancers: it's also bold in conception, at once stark and vivid in atmosphere, and mammoth in dimension."

"In a sense, the Pension Building interior was itself a formidable collaborator. The vastness of the space and the awesome scale of its colonnaded galleries, suggesting both Roman grandeur and gothic mystery, turned the place into a combination set, sounding board, and phantasmagorical canyon."

"Though the thread of a distinctive personal vision runs through all of Withers' works, no two of them are ever quite alike, and 'Sall' is no exception -- it's one of a kind." Alan M. Kriegsman