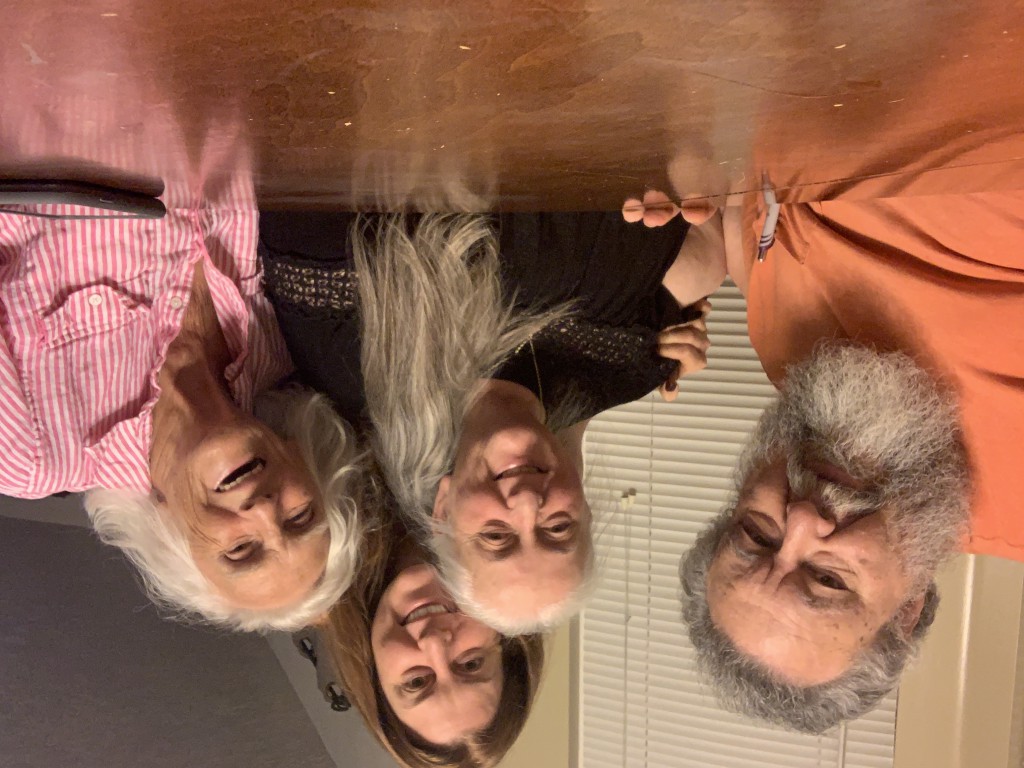 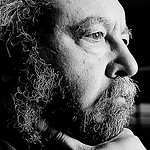 Alex is a sonal wise guy; grandkid of dadasopher Raul Haussmann, godchild of Gertrude Stein and John Cage, bastard offspring of Sicilian bard Ignaziu Buttitta, pseudo nephew of Allen Ginsberg, and a son of a gun. He makes things that at times appear as language or music or images, and then again as the shape of your own mind. Look! Nothing up his skin! Watch ‘im pull a pome right outta yr heart. Caldiero is a maker (makar) of text-sound and visual works, installations, and publications, including Sound Weave with Theta Naught (Differential Records), Body/Dreams/Organs (Elik Press), and Poetry Is Wanted Here! (Dream Garden Press). He is co-founder of Arba Sicula, society for the preservation of Sicilian language and culture, and featured in Dictionary of the Avant-gardes (Macmillan, London). Caldiero is senior artist in residence at Utah Valley University. http://en.wikipedia.org/wiki/Alex_Caldiero.

Caldiero makes things that at times appear as language or pictures or music–and then again, as the shape of your own mind.

Born in the ancient town of Licodia Eubea, near Catania, Sicily, he immigrated with his family to the United States at age nine. Raised in Manhattan and Brooklyn, NY. He attended Queens College in Flushing, NY. Apprenticed to the sculptor-poet Michael Lekakis and the poet-bard Ignaziu Buttitta; clandestine student and friend of experimentalist N.H. Pritchard. Caldiero has traveled thru Sicily, Sardinia, Turkey and Greece collecting proverbs, tales, and folk instruments. He is co-founder of Arba Sicula, the society for the preservation of the Sicilian language and traditions. He is co-recipient of a National Endowment for the Arts grant and from Utah Performing Arts Tour; recipient of Best Poetry Award from the Association for Mormon Letters, and the Salt Lake City Mayor’s Award for Literature. He is senior artist in residence at Utah Valley University.

Publications include Sound Weave with Theta Naught (Differential Records), sonosuono (Elik), Poetry Is Wanted Here! (Dream Garden Press), Some Love (Signature Books), Who is the Dancer, What is the Dance (saltfront); anthologized in A Dictionary of the Avant-Gardes (Routledge; 3rd edition), Text-Sound Texts (Morrow, NY), Fire in the Pasture & Mother in Heaven (both from Peculiar Pages, CA), Immediate Present (Mormon Arts Center). Caldiero is the subject of the documentary Alex Caldiero…in sound…in life.  Forthcoming: Per-Sonal Effects, volume two of Sonosophy.http://en.wikipedia.org/wiki/Alex_Caldiero