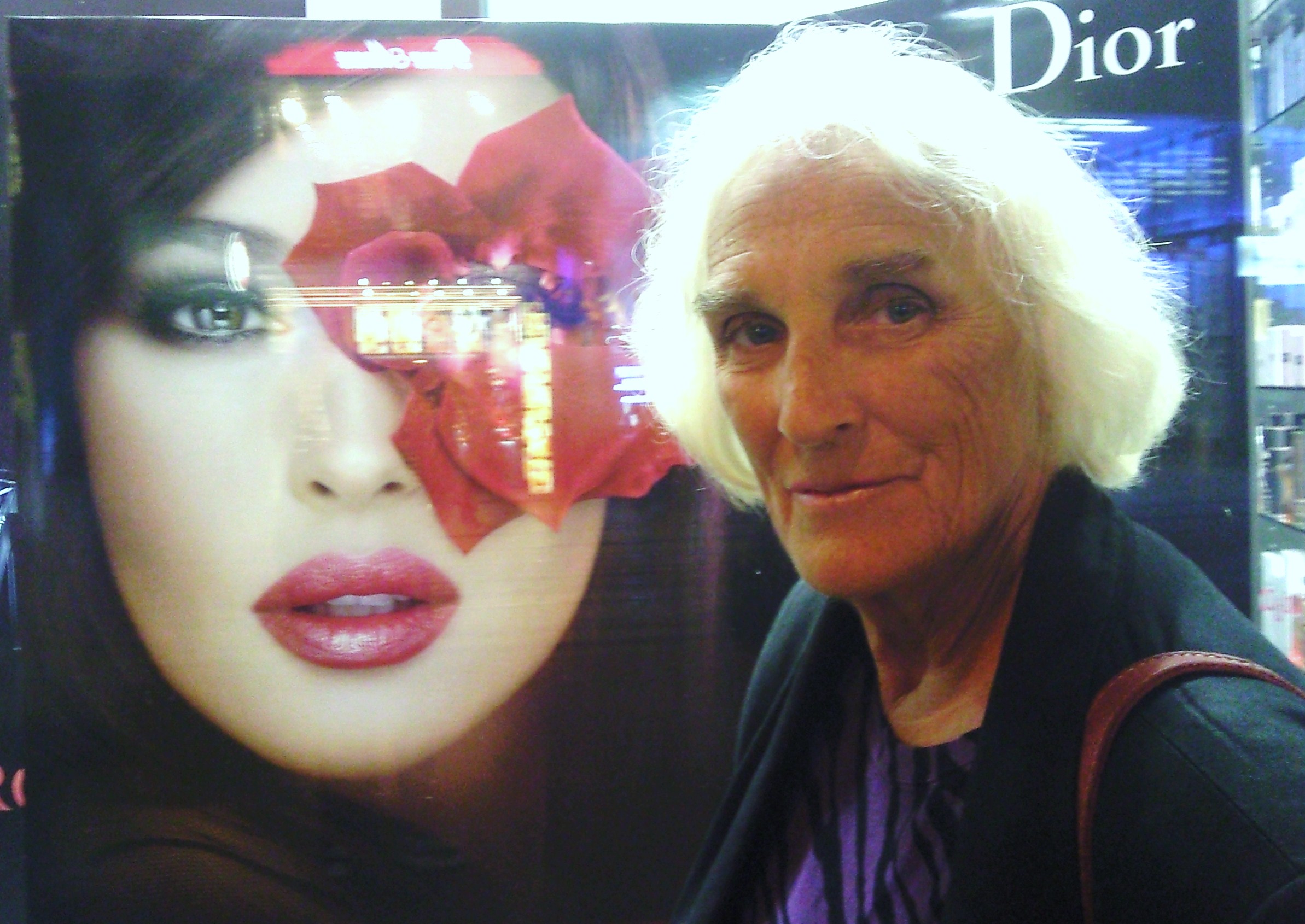 An evening-length performance by pioneering choreographer Maida Withers, Steve Hilmy, electronic musician/composer, and Ayodamola (Ayo) Okunseinde, new media artist. Fare Well brings insight and vibrant critique to the contemporary issue of end time. Fare Well is as extreme in its moods and absurdities as we might think of “extreme weather.” We watch hypnotized, immobilized, arrogant, innocent and powerful – as the fires rage, volcanoes erupt, the Arctic melts, the Earth becomes parched, and the seas rise.
The performance engages the audience intimately through the real-time interactive aspects of the performance where the dance takes place in ever-changing projected environments on the floor and the backdrop. The electronic music, created and performed live by Steve Hilmy, is dramatic and penetrating. The text brings immediacy and clarity to the ideas as the dancer talks and frame questions to the audience. 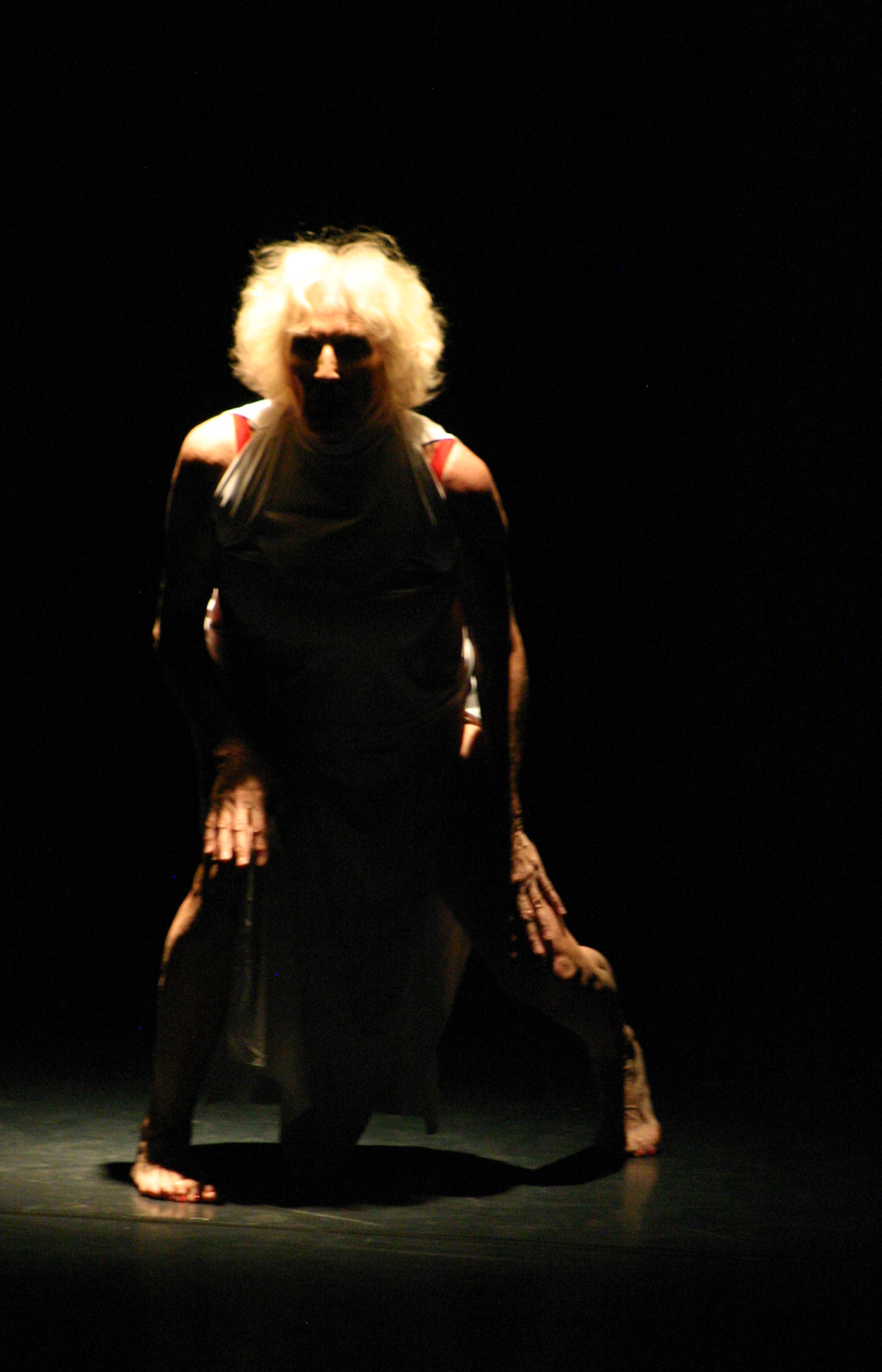 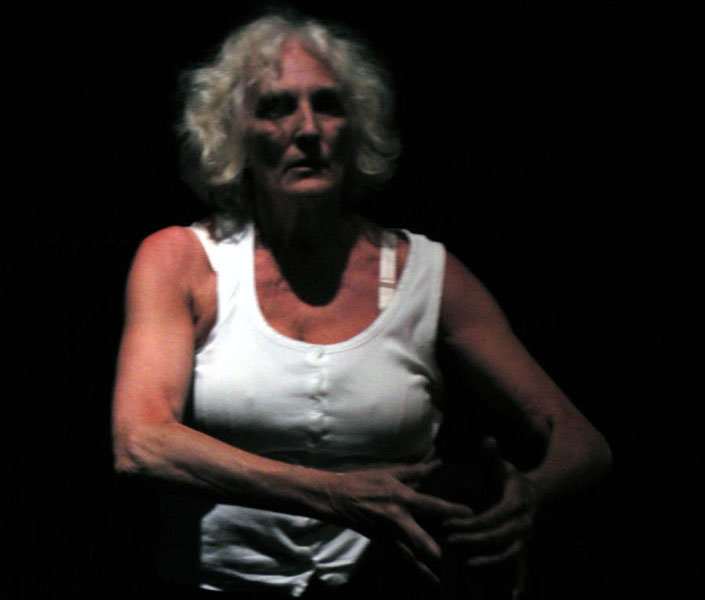 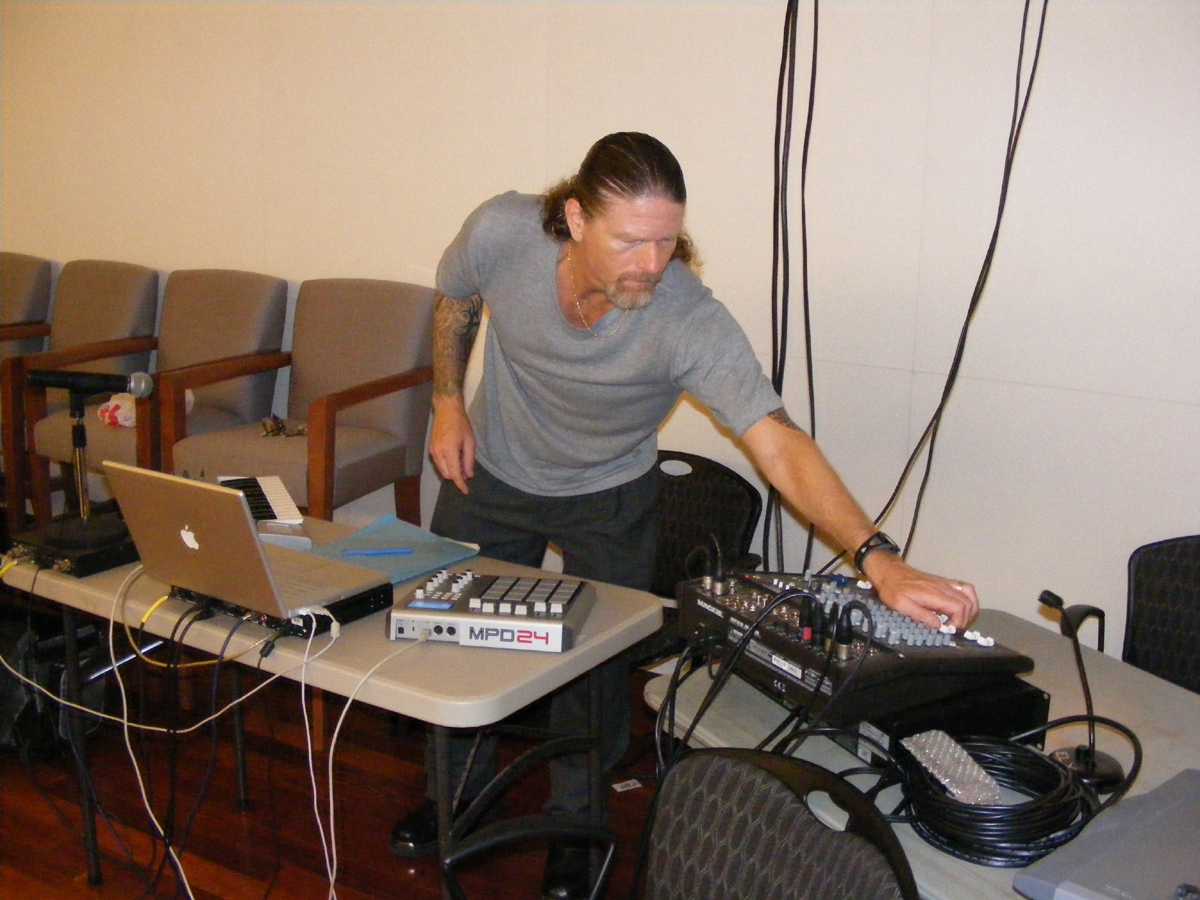 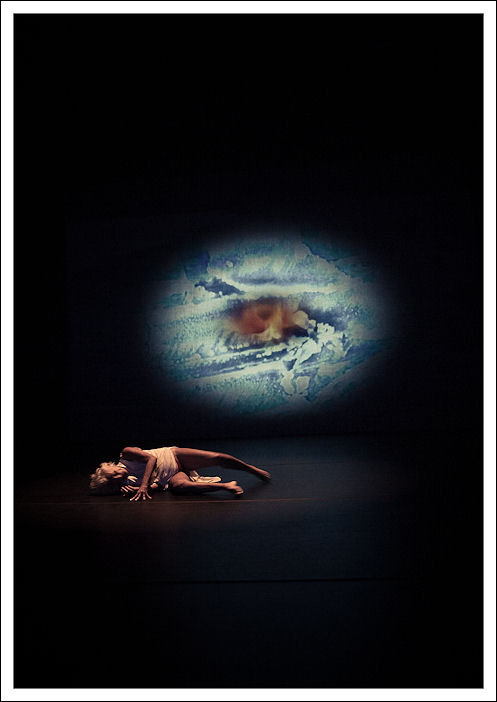 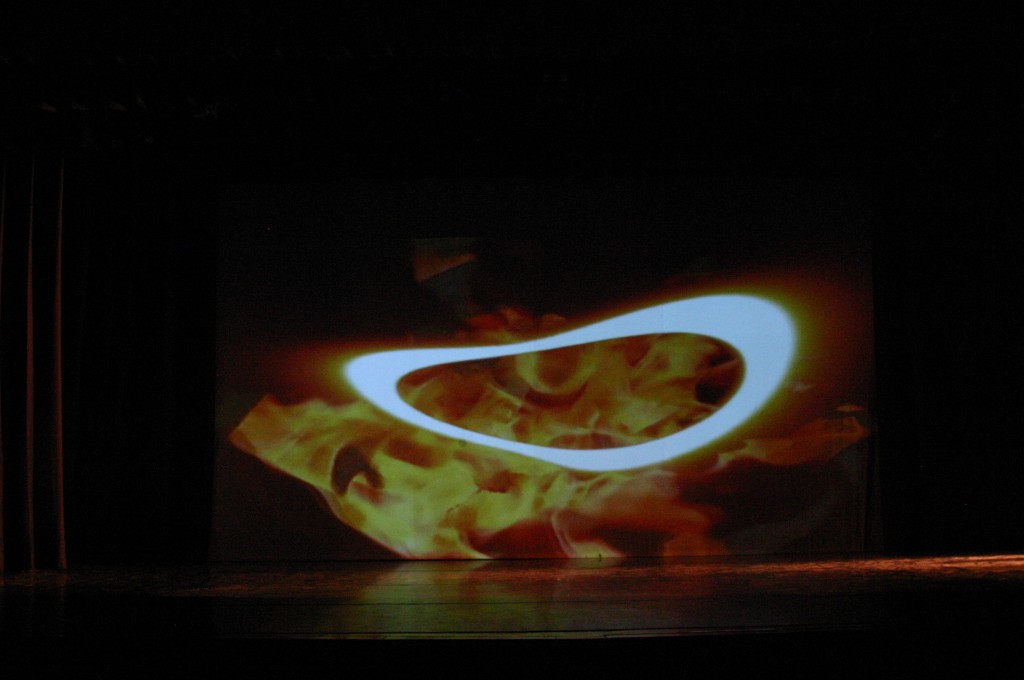 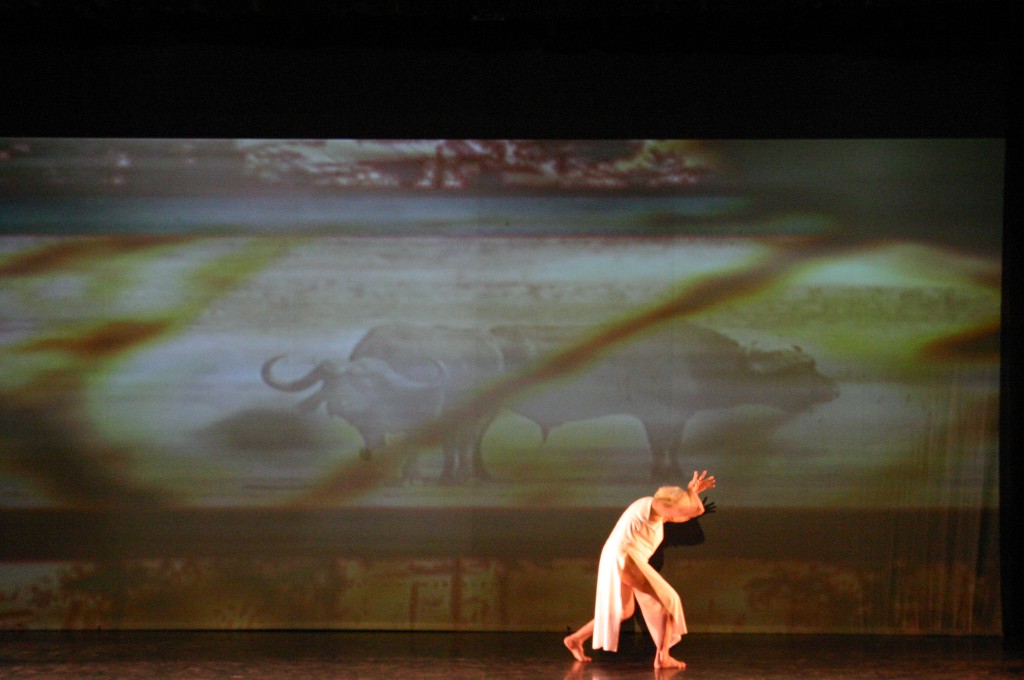 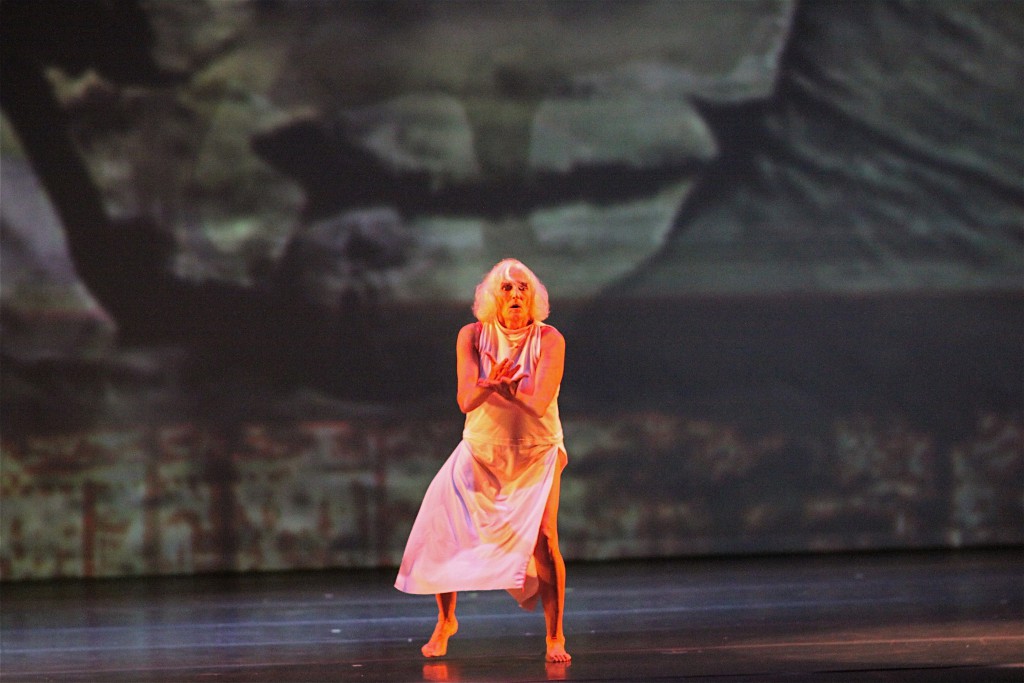 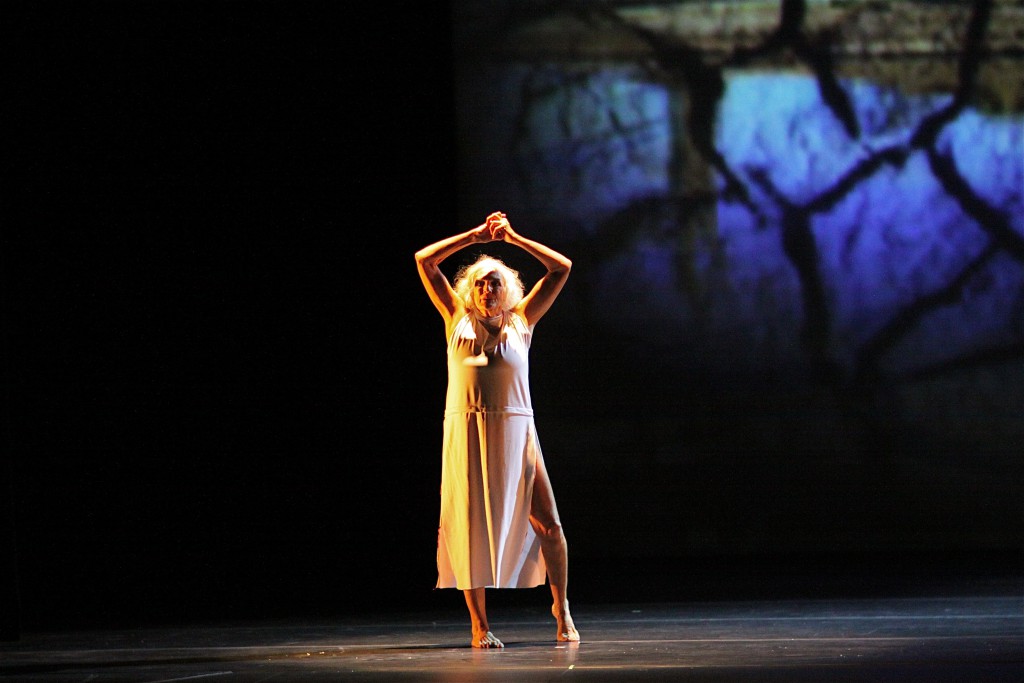 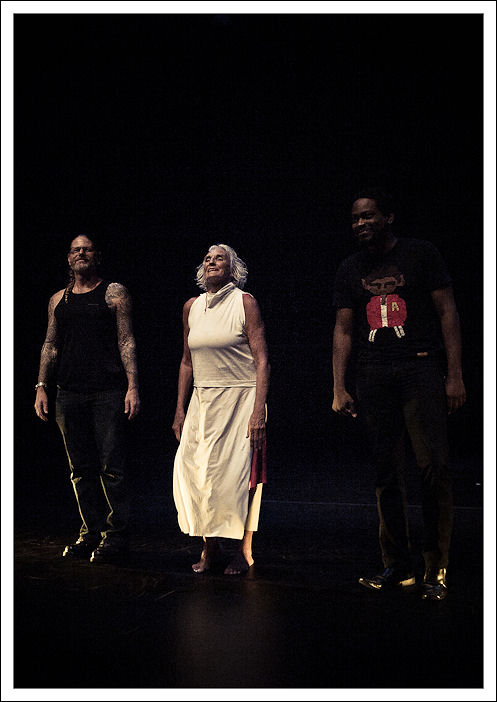 "Washington has its own grande dame of modern and post-modern dance: 74-year-old Maida Withers, who founded her Dance Construction Company in 1974. Continuing to make and tour new works, Withers, still a professor at George Washington University, brought her current piece, the excessively titled “Fare Well -– The End of the World As We Know It OR Dance Your Way To Paradise!” to Washington after touring to New York, Kenya, Utah and Brazil. A lengthy solo featuring Steven Hilmy’s electronic sound score performed live, as well as poems by David McAleavey and Alex Caldiero, the work is an unrestrained call to action. Never one to shy away from hot-button issues, here Withers, swathed in a white tunic over bright red undergarments, her shock of matching white hair, becomes Gaia, a literal mother earth, a crone warning all to heed the environmental chaos." Lisa Traiger

:A FareWell to arms: "The Cold War and the green wars inflect Maida Withers' choreography.
(Story and photos) Karanjeet Kaur

Your Friendly Weekly Guide. Event: Festival of Dance and Music. Maida Withers Dance Construction Company. FareWell - The End of the World As We Know It OR Dancing Your Way to Paradise; Thresholds Crossed Part 2: Delhi Diary