The performance, featuring notions and realities of the Occupy Movement, was commissioned by the Washington Project for the Arts and the Corcoran Gallery of Art as part of Take It to the Bridge Series. Audience members could ask Maida questions via a public microphone available in the lobby. Maida would/could choose to carry on a dialogue then on global issues related to “occupy.”

This work was also performed in two international festivals:
<Visoes Urbanas Festival, Sao Paulo, Brazil.  Performance in the Museum of Image and Sound (MIS), March 2013. (See photos below).
<Barents SPEKTAKEL, Kirkines, Norway (supported by U.S. Embassy, Oslo, Norway, February 2013. Luba Kusovnikova produced the festival that was sponsored by the King of Norway. This performance was in a storefront window with the audience outside in the dark and freezing winter setting.  STeve Hilmy performed electronic music. 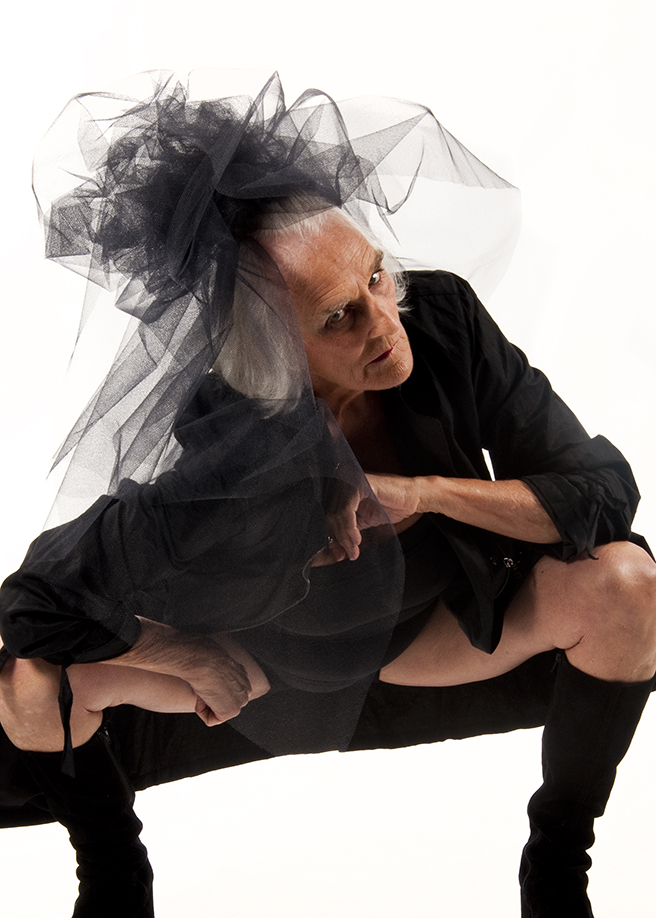 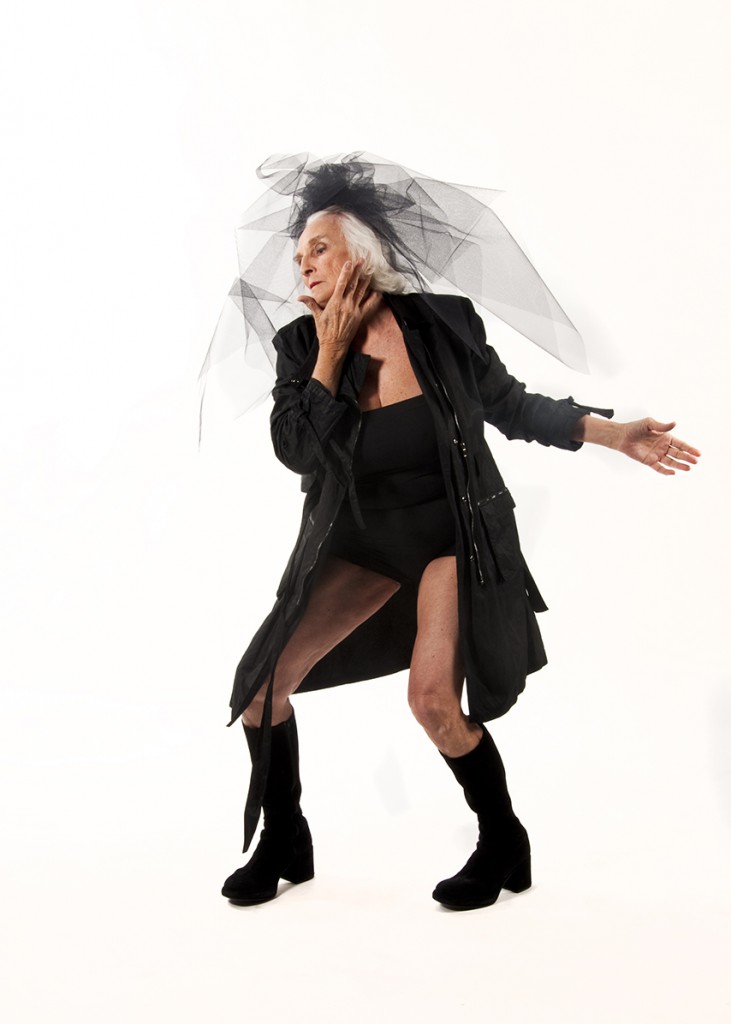 Promotional Photos above by Shaun Schroth
Take It To The Bridge photos below at Corcoran Flagg Entrance: 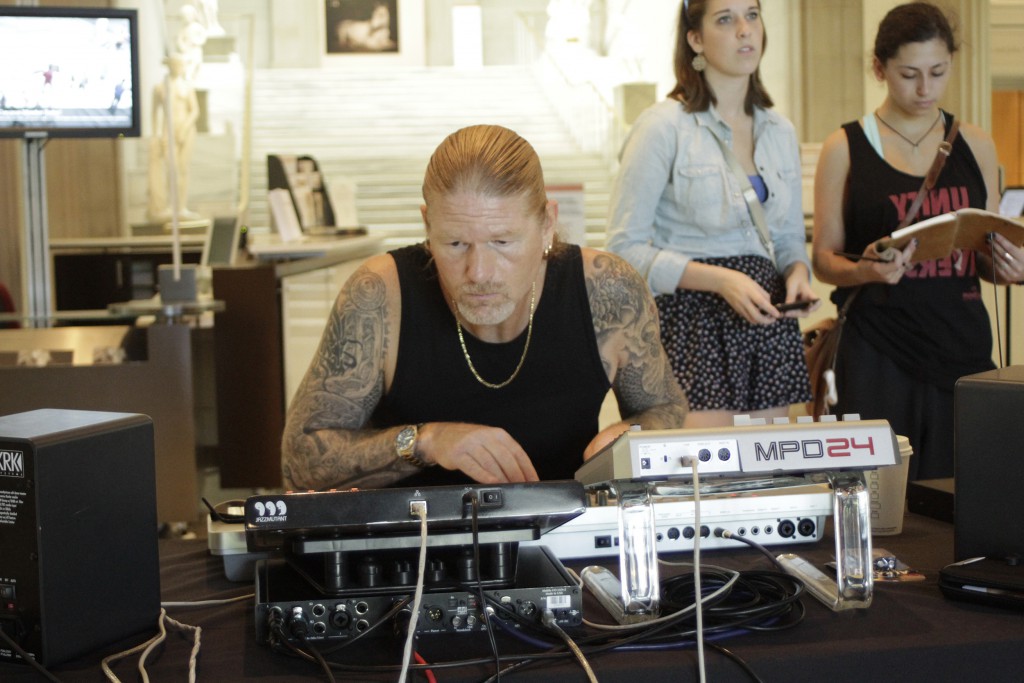 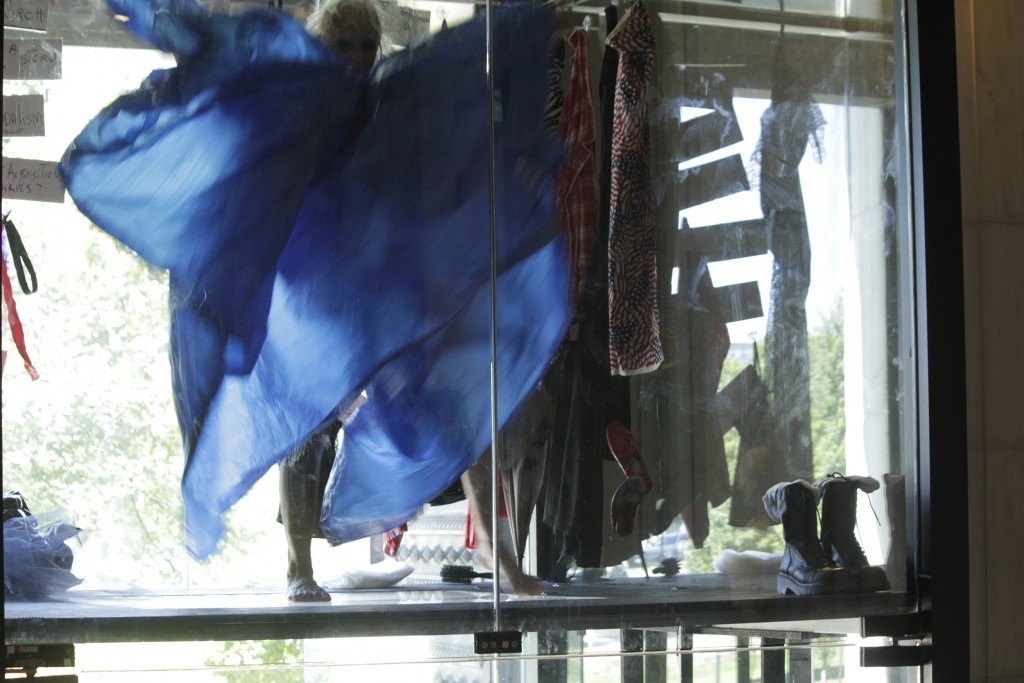 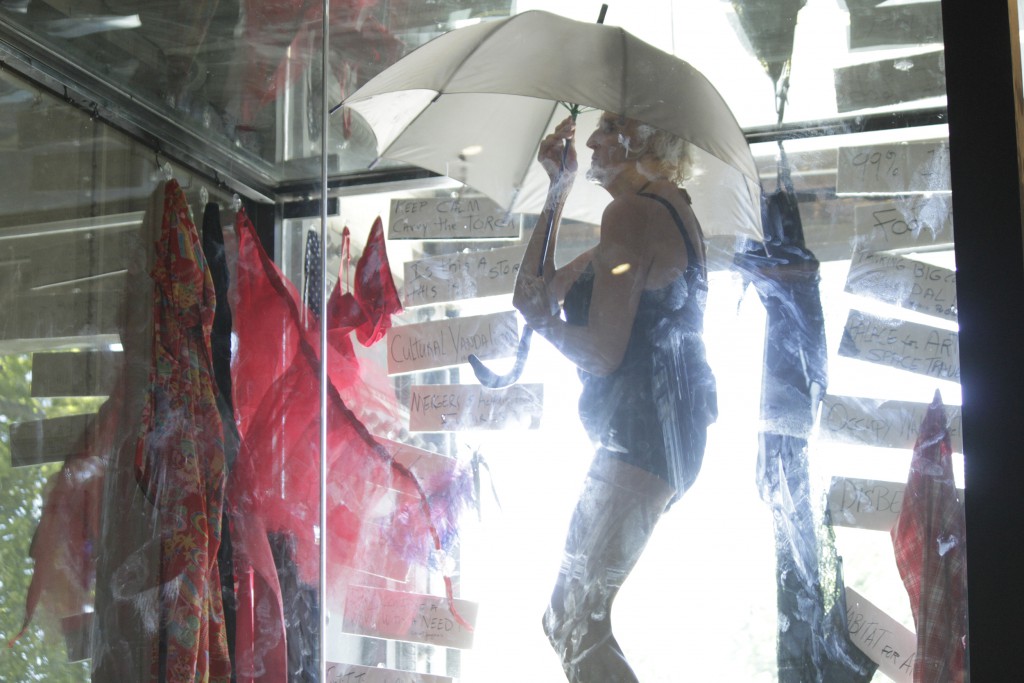 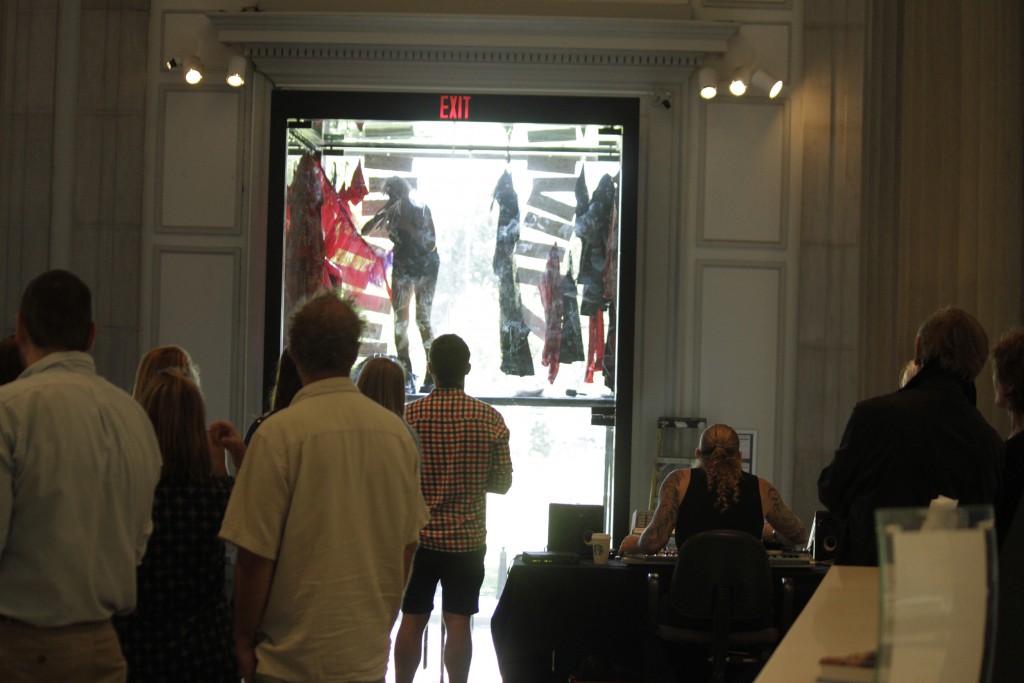 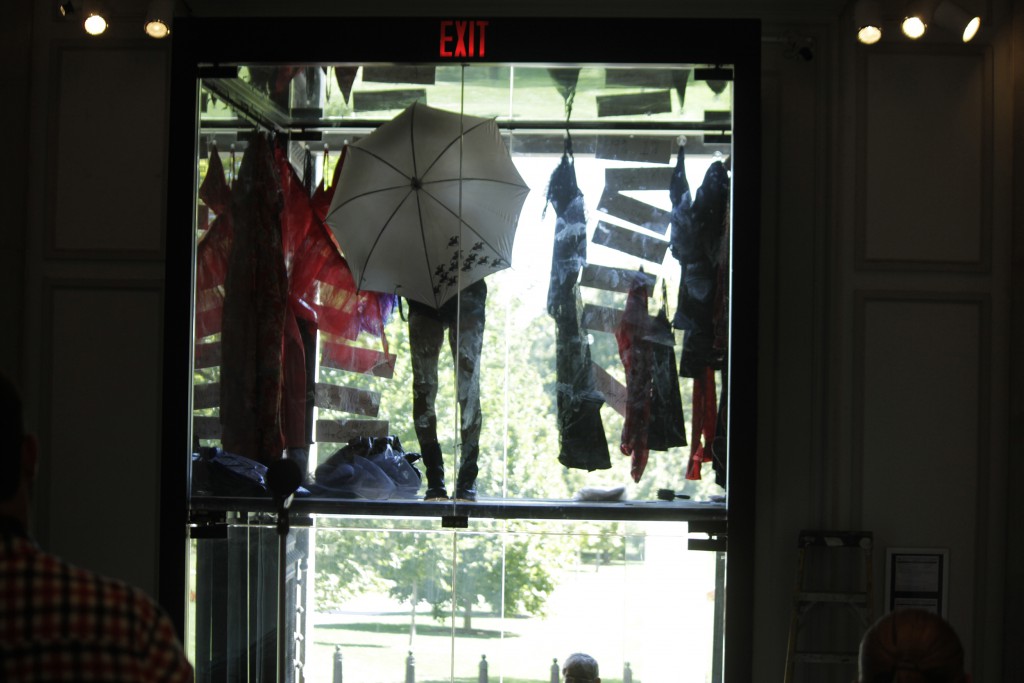 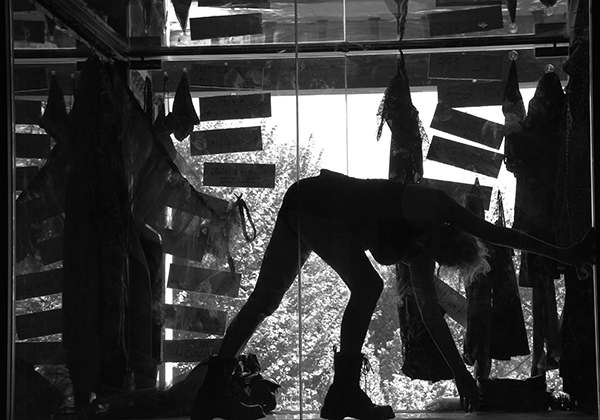 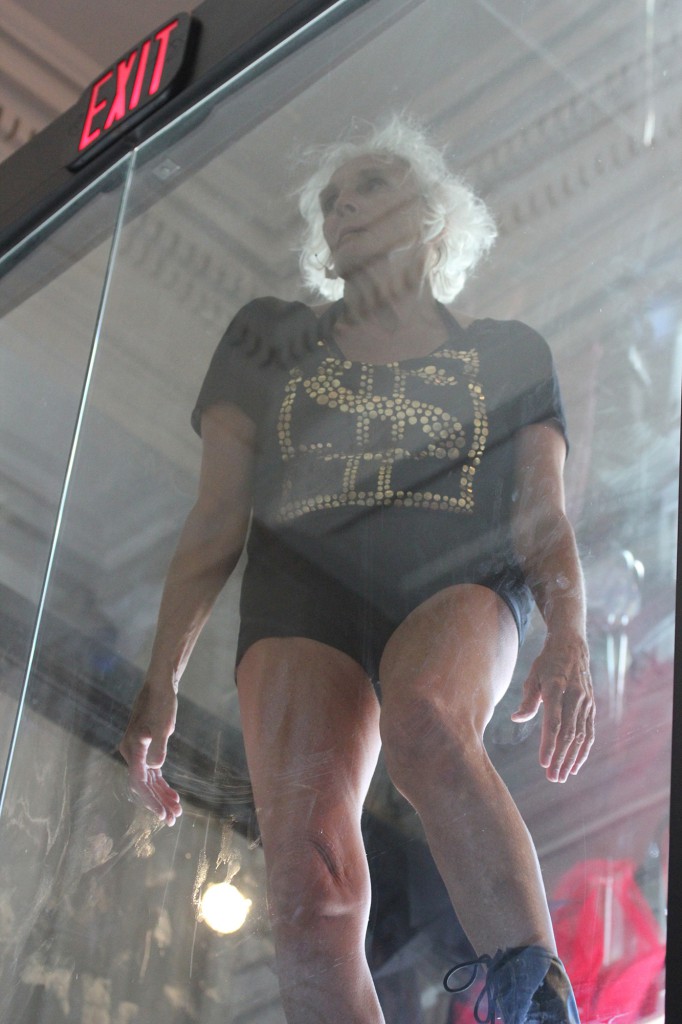 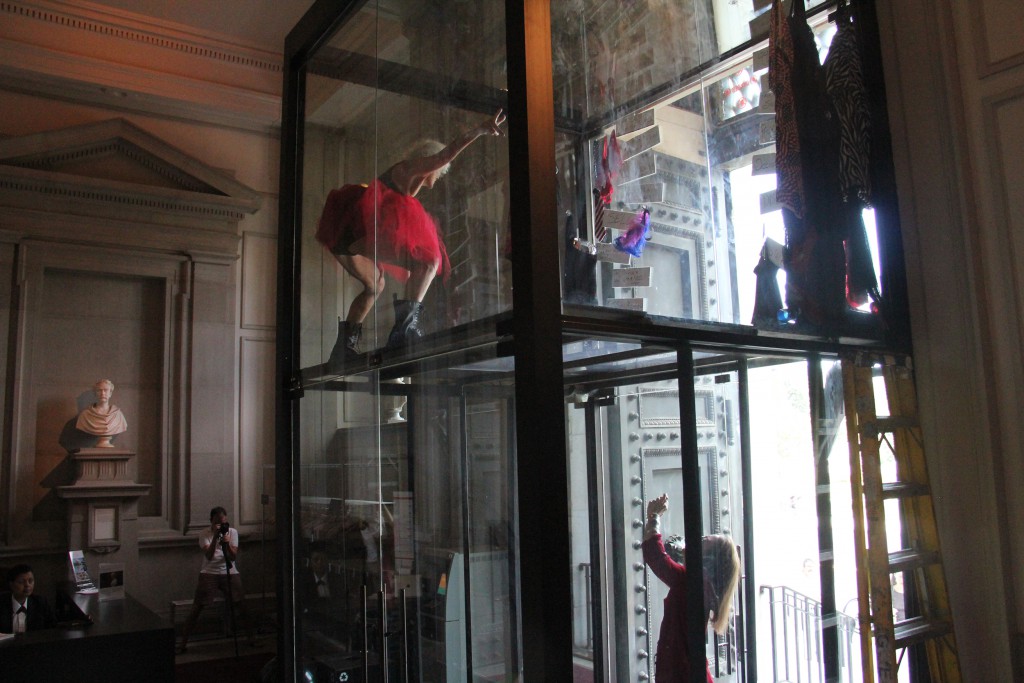 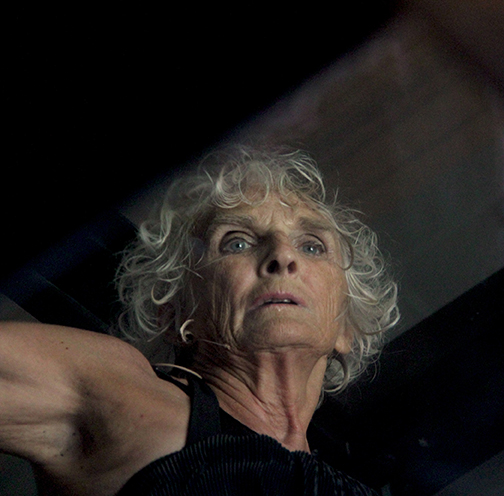 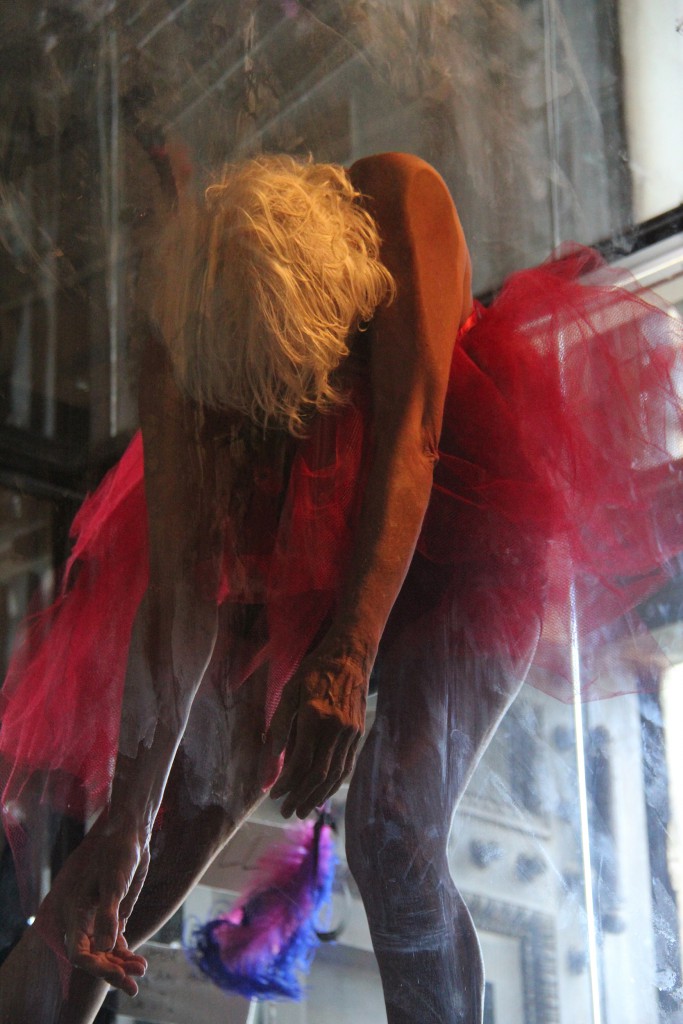 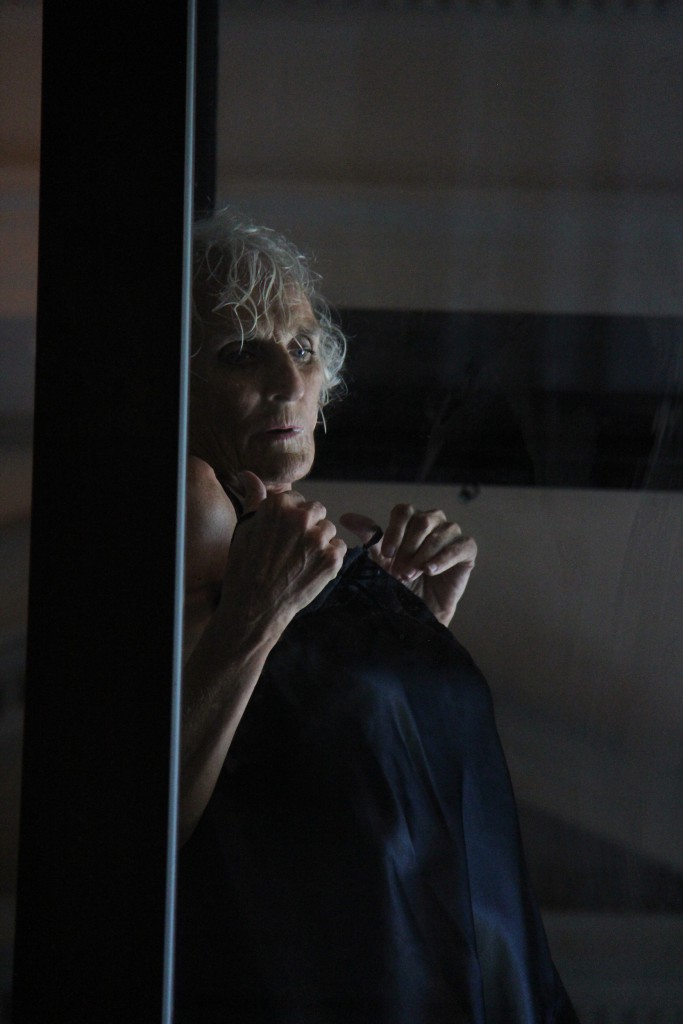 Photos below from the performances in Sao Paulo, Brazil, Museum of Media and Sound. Visoes Urbanas International Street Festival. (2013) 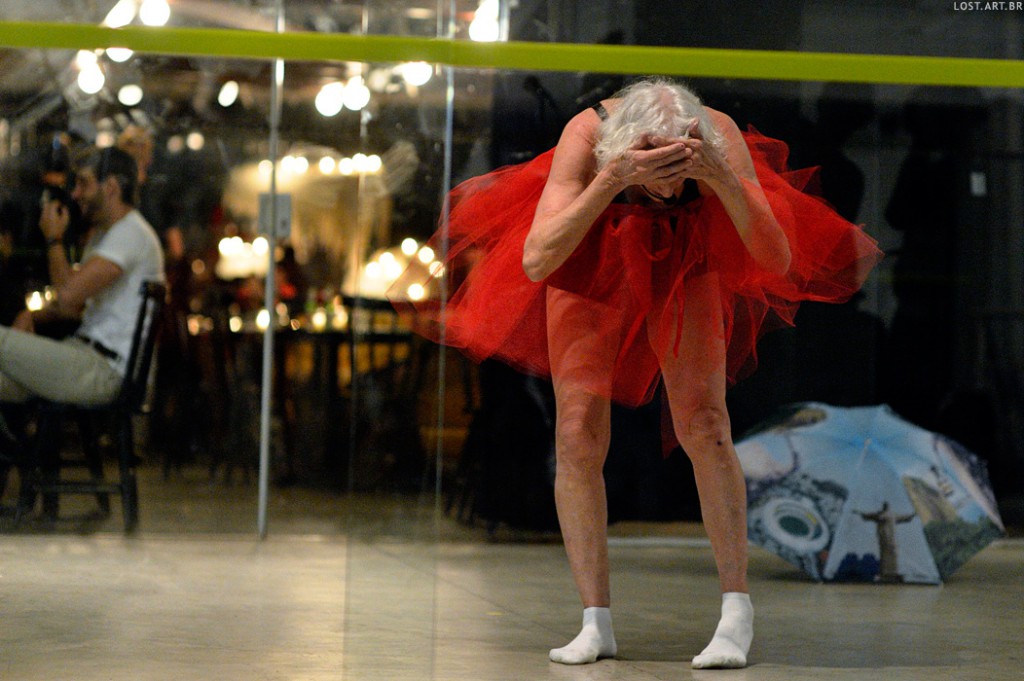 Photos from Museum of Image and Sound, Sao Paulo, Brazil (2013) 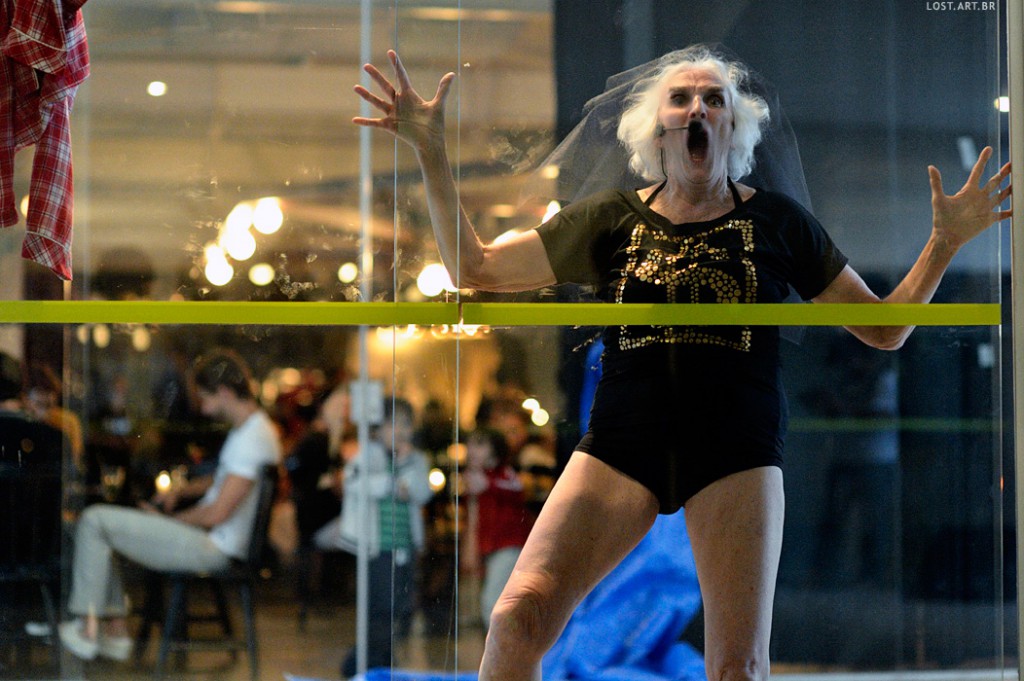 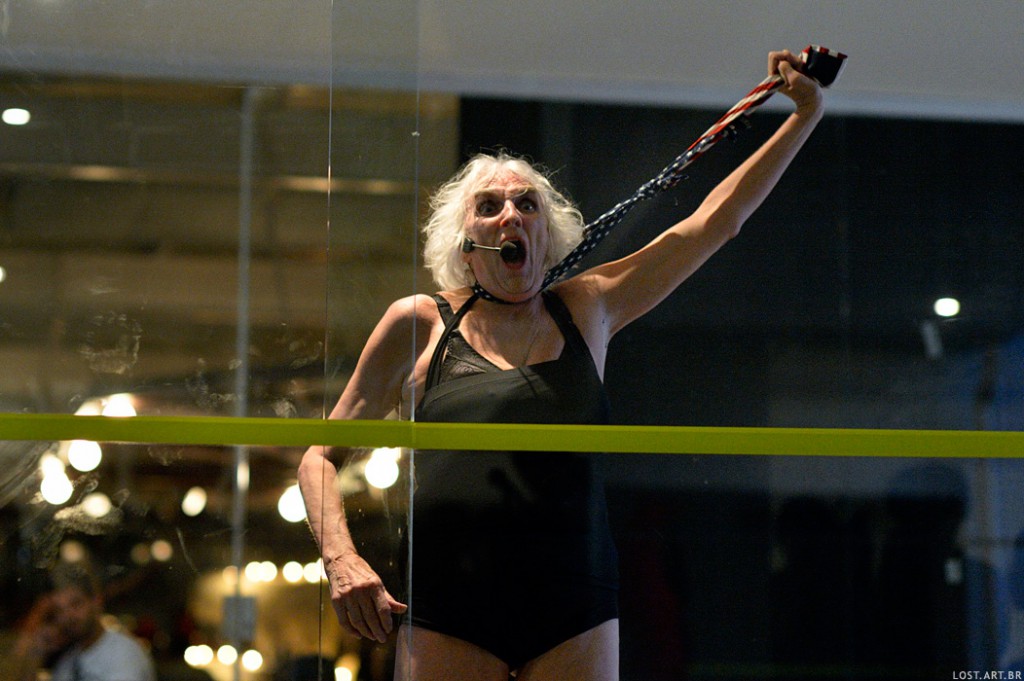 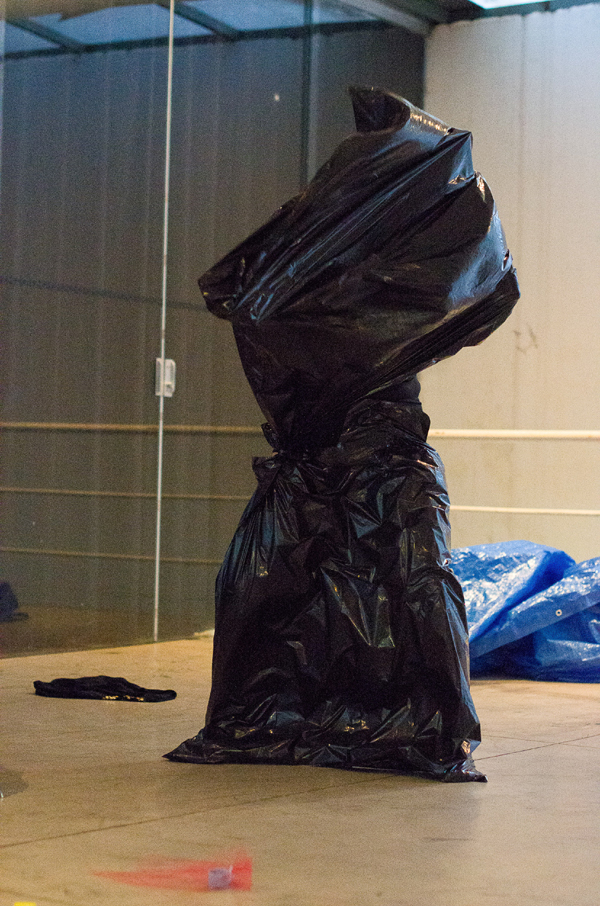 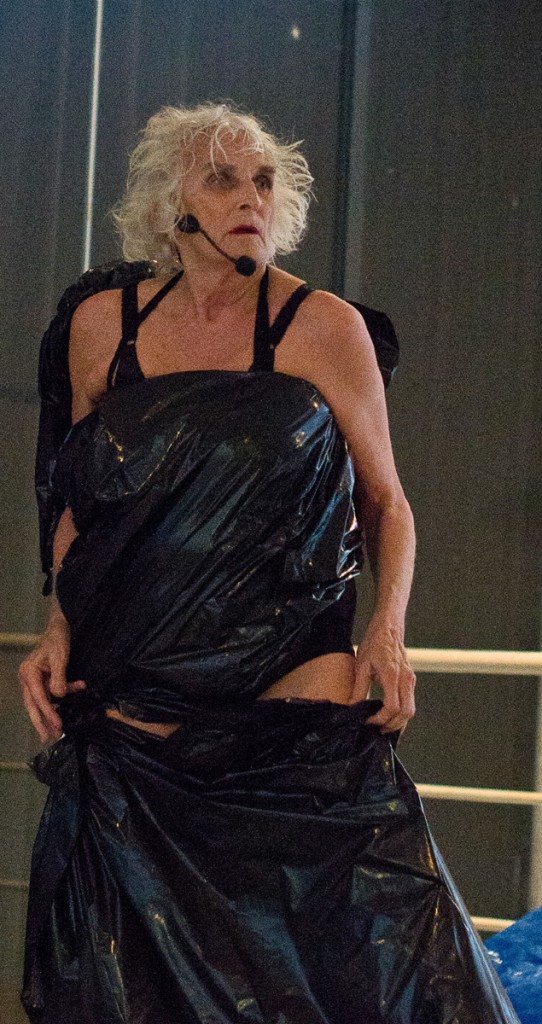 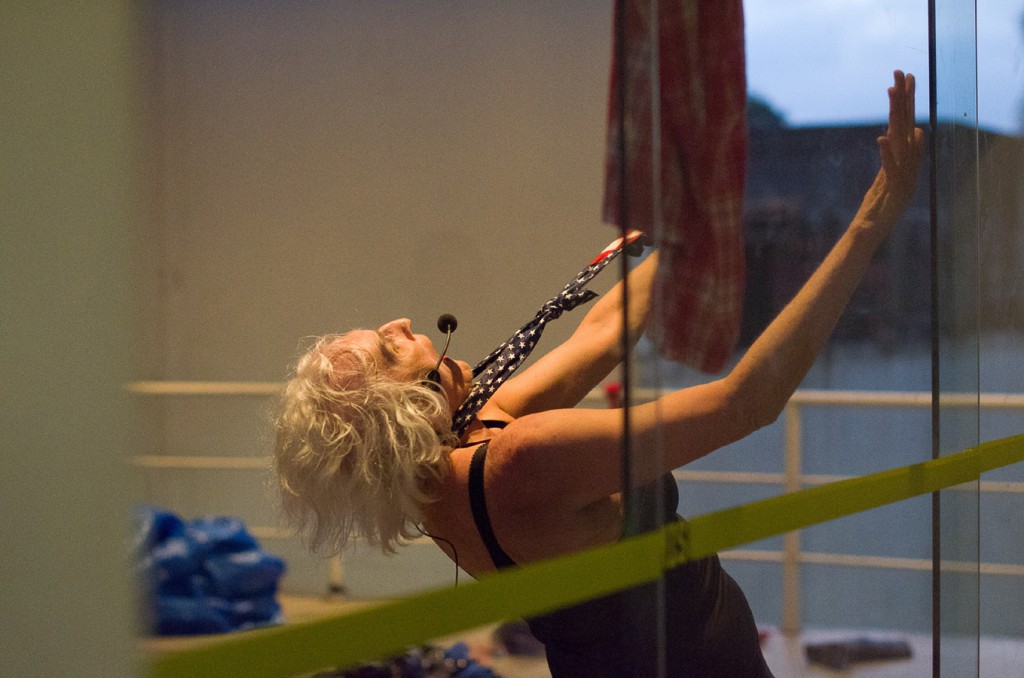 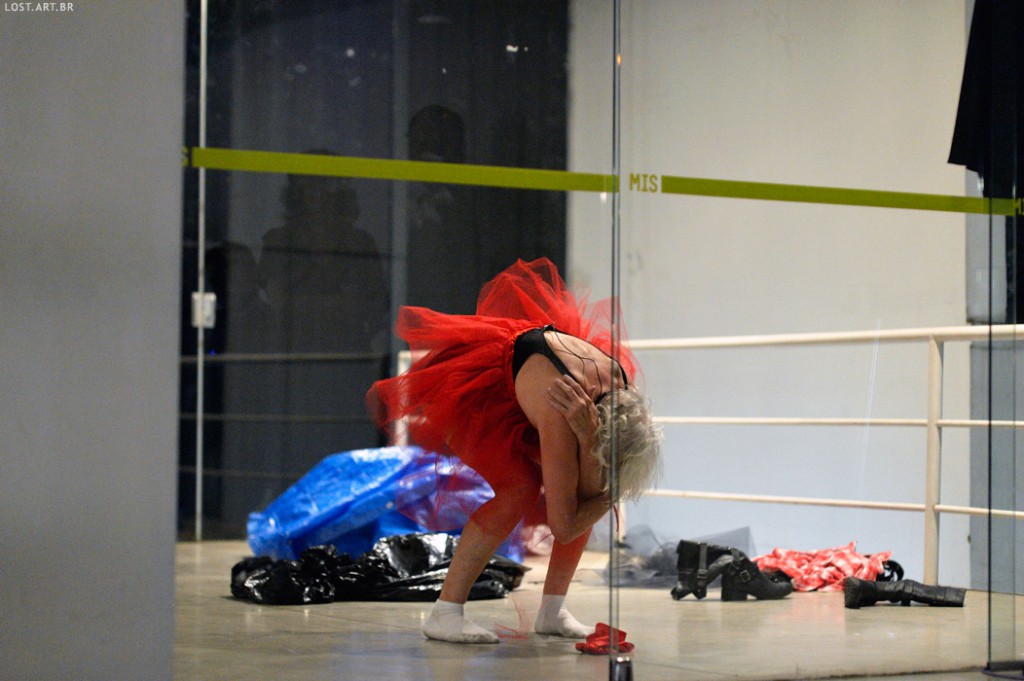 Photos at Museum of Image and Sound (MIS), Sao Paulo, Brazil. (2013)
Regrettably there are no photos of the Barent’s Spektakel.

Maida Withers, Washington, DC, performer, choreographer, and filmmaker, working with composer Steve Hilmy, reveals the precariousness of life in the glass cage in a 5-hour stream of consciousness event inspired by notions of the Occupy Movement. Washington Project for the Arts & Corcoran Gallery of Art