1994 – Stirrings was created, originally, as a multimedia solo for Korean modern dancer, Je Young Kim and performed in Washington, DC with the world premiere in Seoul, Korea at the 13th International Modern Dance Festival, May 2 to 5, 1994 in Munye Theatre.  The original work featured the following: choreography by Maida Withers; a video of exquisite polarized light sculpture by Adam Peiperl (“A Hole in the Sky), projected on stage with the dance; music by  Korean saxophonist Kang Tae Hwan (performed “live” in Korea);  costume by Bill Pucilowsky was designed by Maida Withers. Regrettably, due to the lighting and the quality of the camera used in the theatre lighting, the video projection behind the dancer is not fully visible. 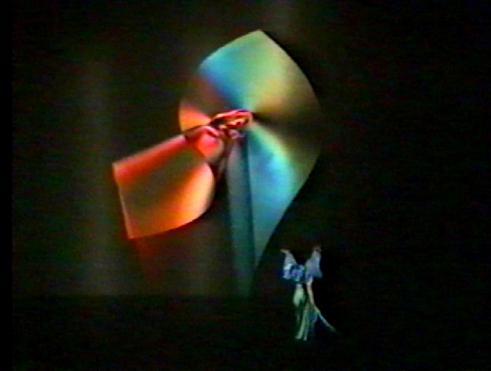 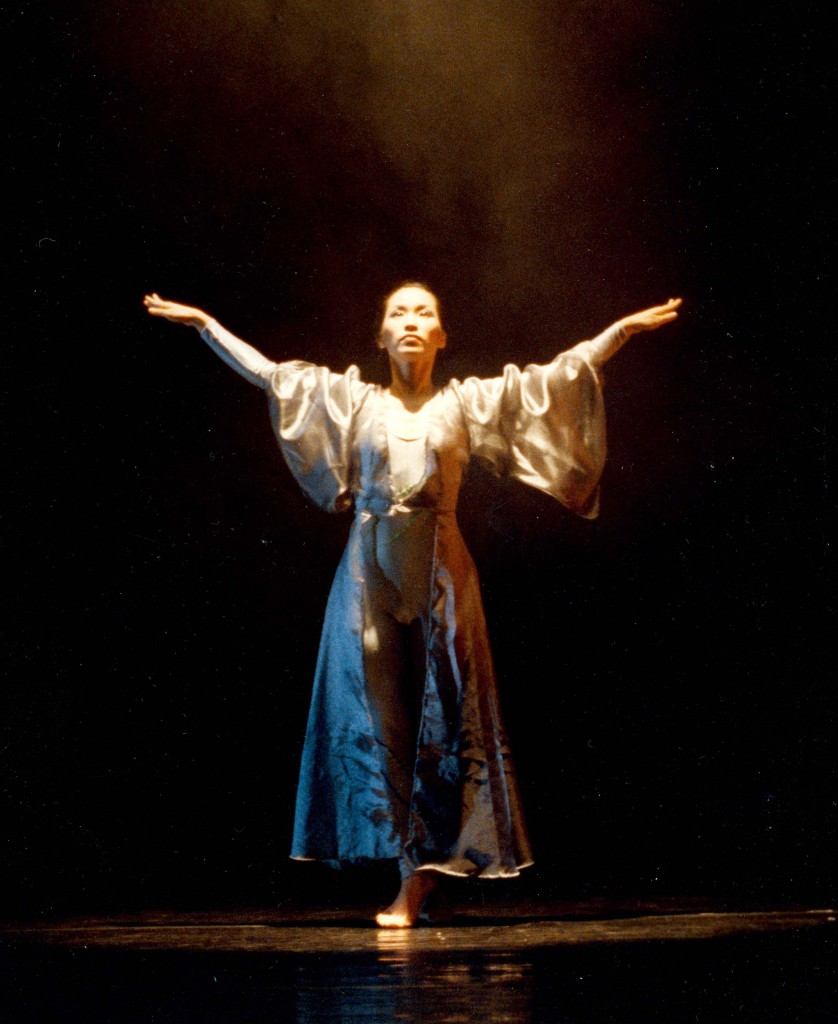 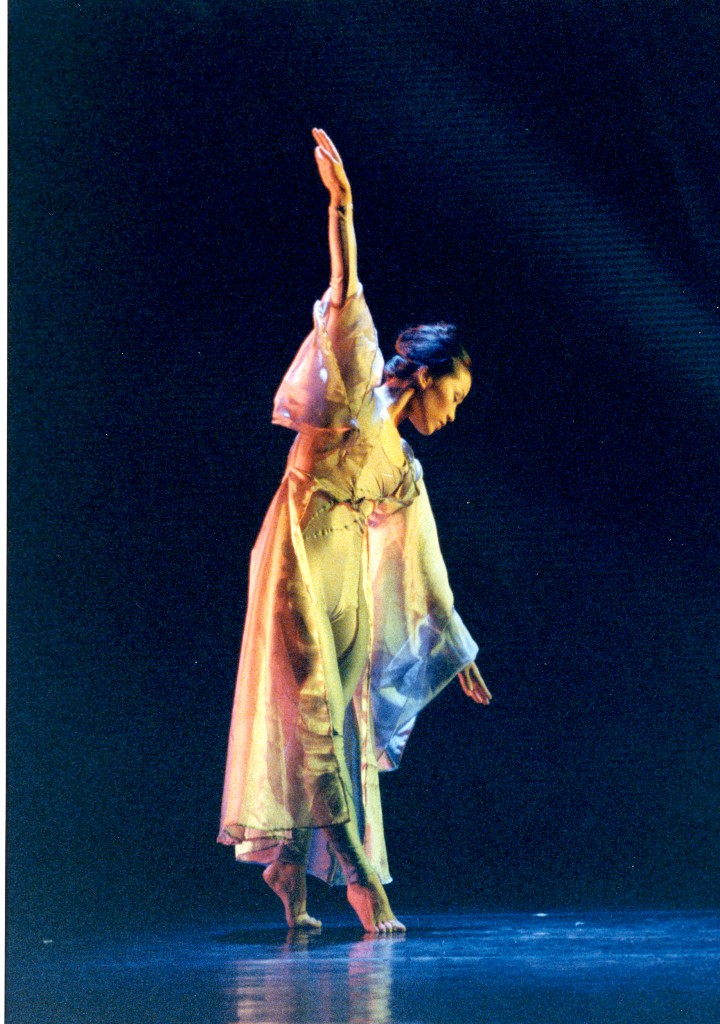 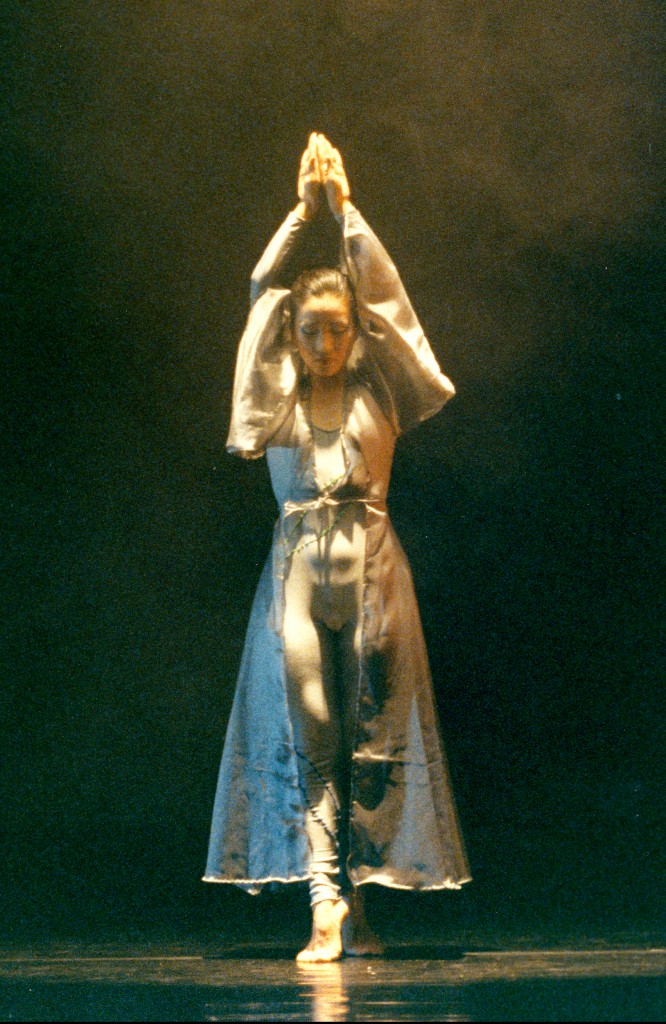 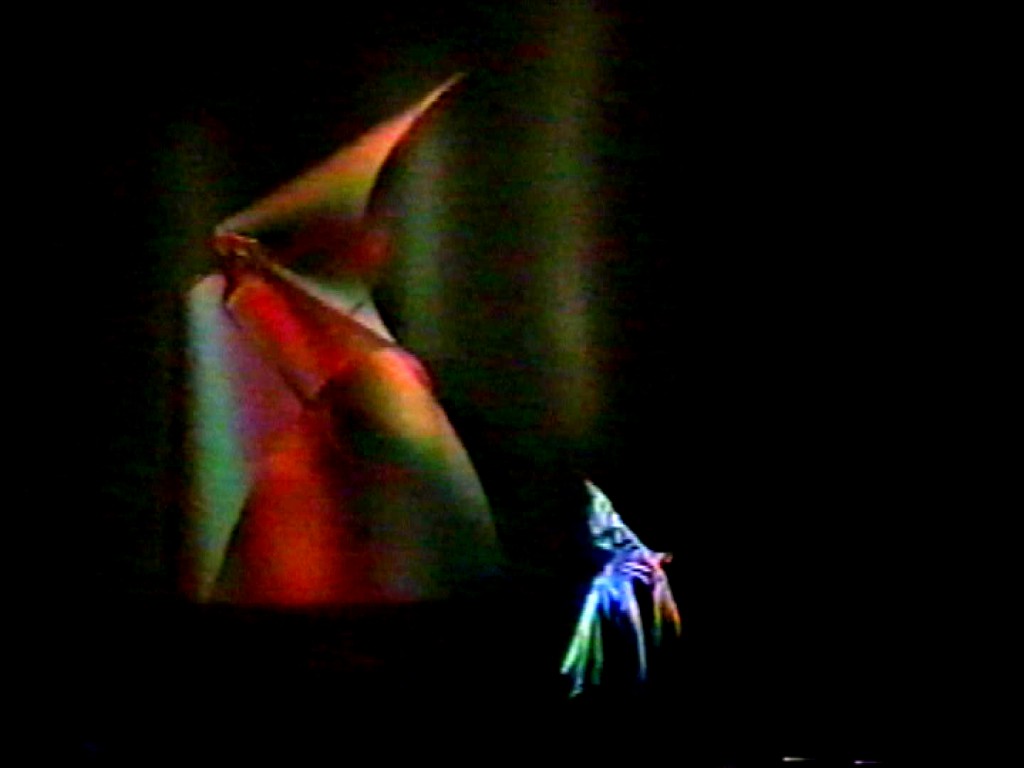 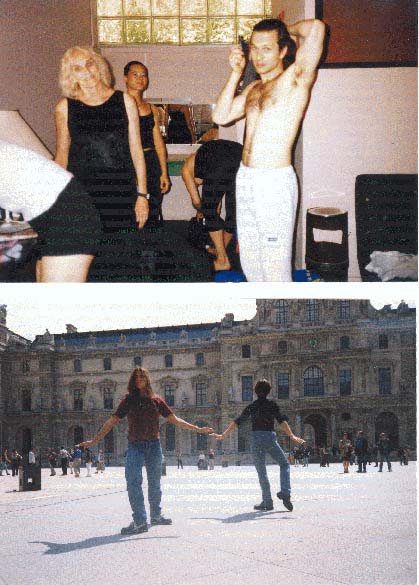