Laser Dance “Suites of Light”  – Artists’ public presentation of the creation of a multidisciplinary performance project. The artists, with an audience of 300 people, explored how the multiple art forms (laser light beams, dance, and synvlavier music) could combine to create a space odyssey.  How Laser Dance was developed with collaborators, Rockne Krebs, laser sculptor, Bob Boilen, Synclavier II composer, and Maida Withers, choreographer,  and the Dance Construction Company.  The public event, sponsored by GW Alumni Relations Office, was held in Lisner Auditorium in downtown Washington, DC five months before the premiere of Laser Dance (June 6, 1985).  At this time, Laser Dance was called Suites of Light.  See video rehearsal and performance/presentation on video.  Due to the early date of this presentation, the project was not complete so the presentation is not in the order of the actual performance.

Laser Dance, June 6, 1985 – Four-part evening-length space odyssey (Part I: Departure; Part II: Quest; Part III, Domain; Part IV, Rites/Skylight/and Departure)  of choreography that takes place inside a large-scale installation of argon laser beams created by Rockne Krebs and Sylclavier II music by Bob Boilen.  Laser beams originating from upstage center and project toward 50 mirrors placed in Lisner Auditorium walls and on stage.   When the beams are interrupted (human body or stilts) the visual grid of beams would be altered on stage and above the audience in the house.  Sound installation by Bob Boilen with Synclavier II electronic instrument is a riveting score, generously enhancing the choreography by Maida Withers.

“The space odyssey was one of several works  that reveal my curiosity about man/woman on planet earth, but more life in  ‘the universe.’   Laser is a myth of sorts where dancers come from someplace and occupy the ‘installation’ and exit.  The FDA spent almost 6 hourse the day of performance approving the laser installation.  It was important to insure that no beams would impact (eyes) dancers or the audience.  As dancers, we covered our bodies with costumes  and shoes and we wore protective goggles.  This was an extrordinary “mythic” existence.”  Maida Withers

See Laser Dance “Duet” for the first work created with Rockne Krebs.  The choreography for Laser Dance II was performed without the laser installation on two occasions.  “We imagined where the beams would be when doing the choreography, but in reality, we had to find the beams to interact with them during performance.”  Maida Withers 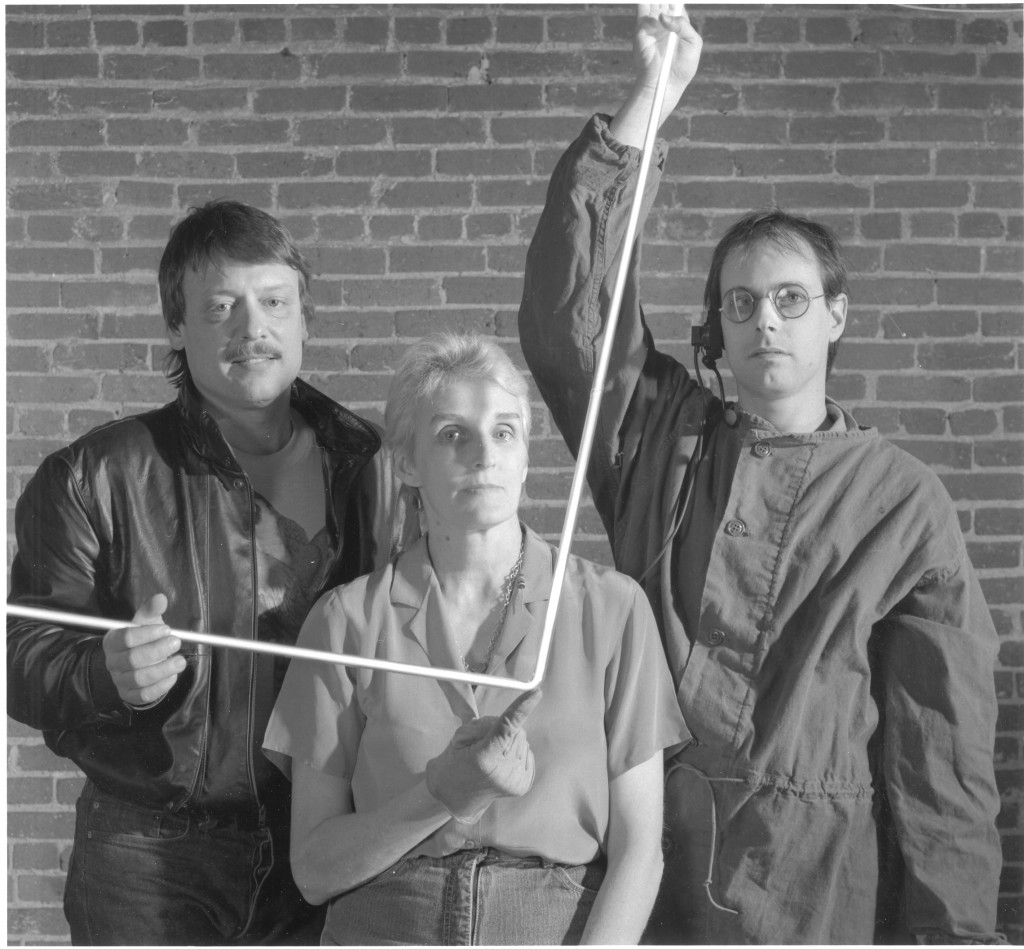 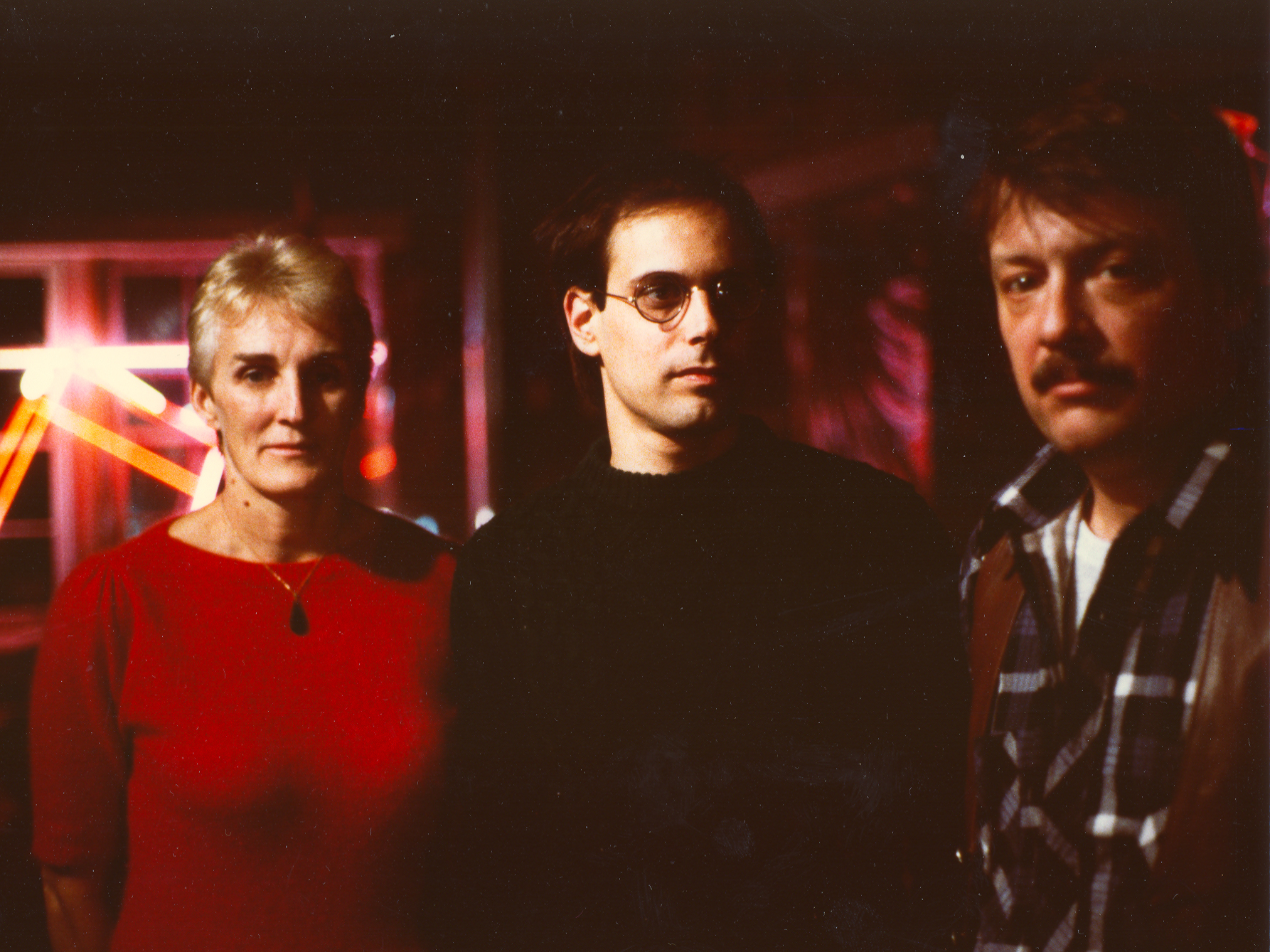 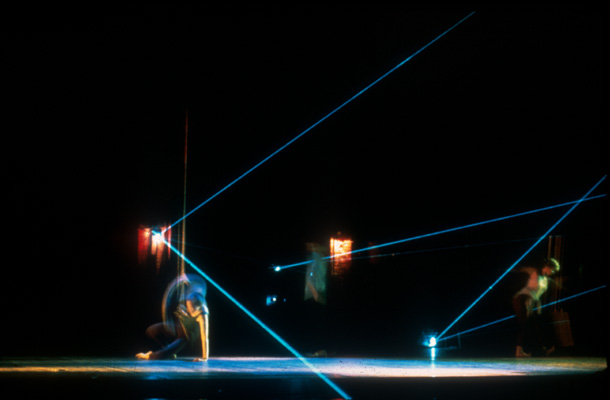 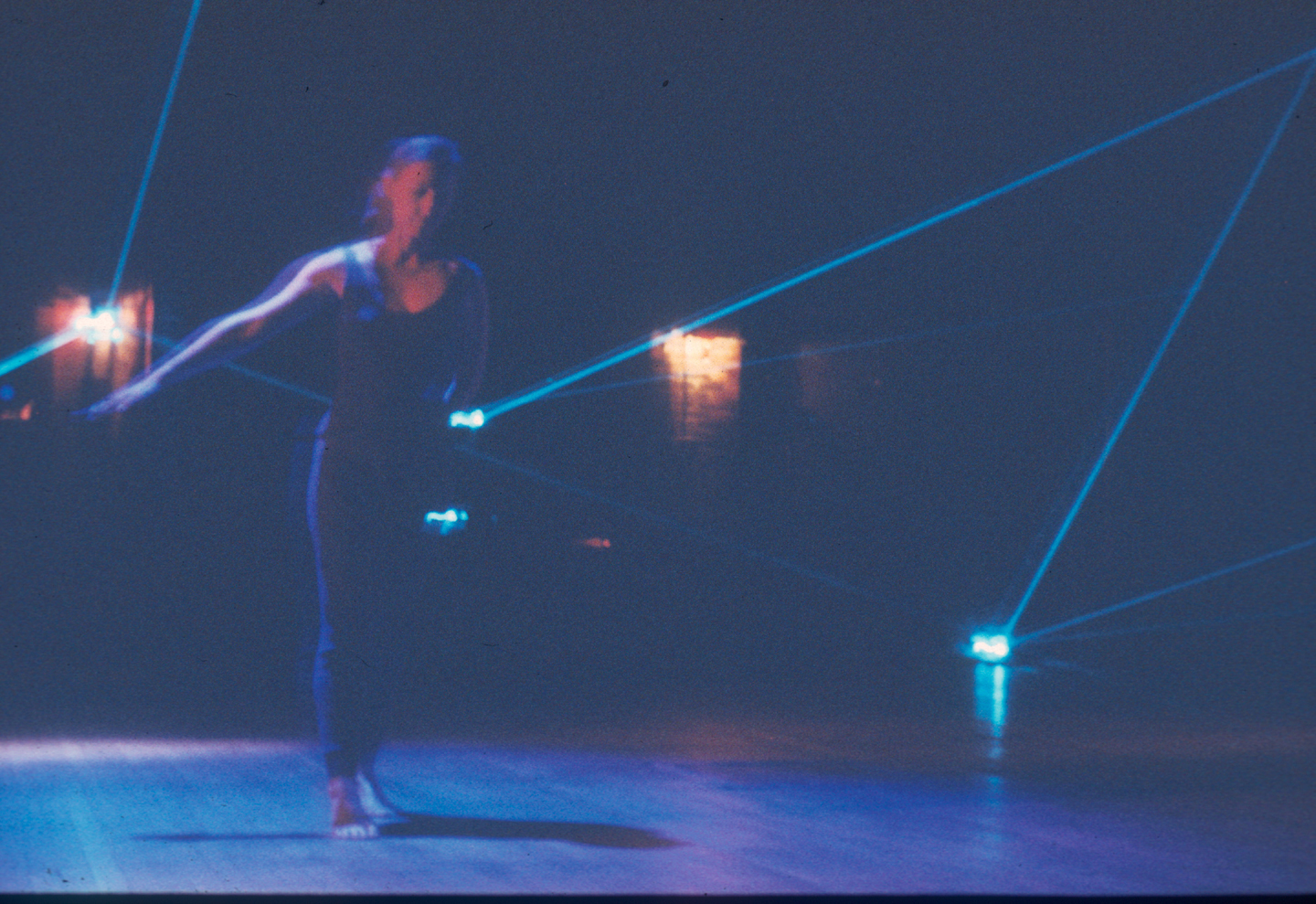 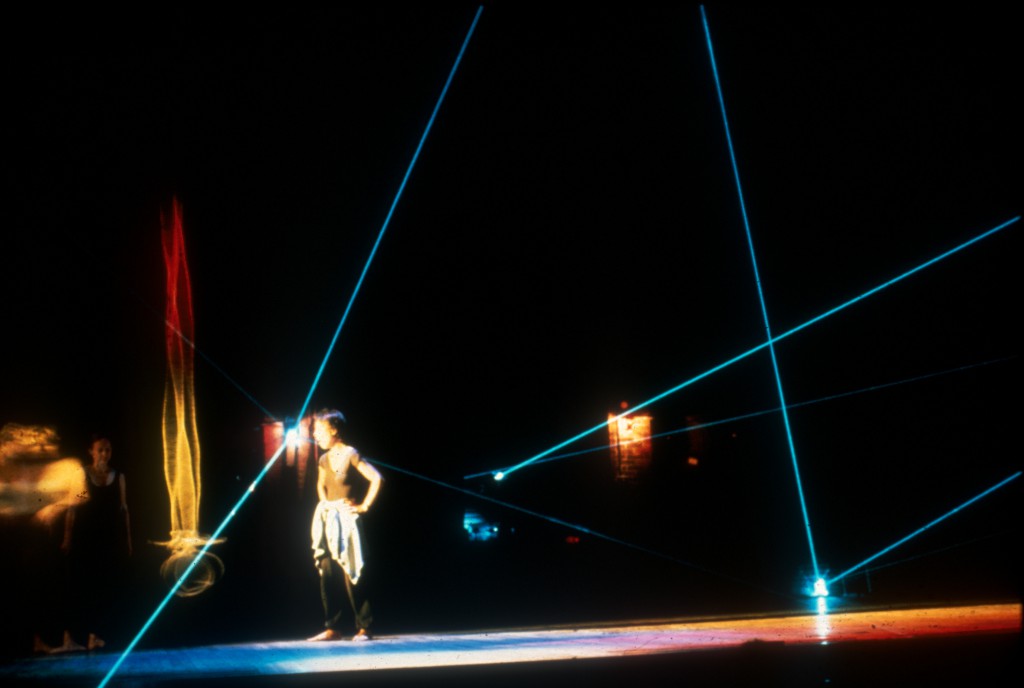