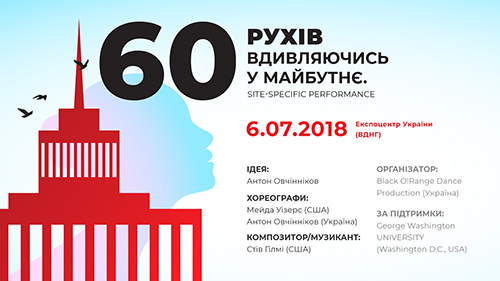 The National Exhibition Center, an architectural pearl, includes 180 buildings, 20 of which have the status of historical and cultural monuments of Ukraine.

Why Dance?  Why this dance now?  Why in Ukraine?

“60 MOVES with FUTURE GAZE” explores the relationship between architecture and the human body in order to better understand how architecture affects our identity and patterns of behavior. What do we feel today, being surrounded by the ideology of the past – a past deeply embodied in architecture? And who are WE – the people who have lived in times of dramatic change, who are still in the process of self-identification – scattering the ruins of the past for the sake of the future.

This collaboration about Stalinist architecture and the human body occurs at a most timely moment for USA and Ukraine engagement. Most Ukrainians still live in an environment of Soviet architecture which was built during the days of Stalin and Khrushchev. It is well known that architecture was the embodiment and reflection of the dominant ideology and state policy. Houses in the era of Stalin were built to inspire respect for the state system, to express confidence, optimism, faith in the victory of the Soviet system and lifestyle.  That day is now past but the architecture continues and can be re-envisioned by the new Ukraine – the passionate and  innovative spirit of youth – thus the 60 MOVES project.

History of the Idea:
The idea of ​​creating this performance was announced by artistic director of Black O!Range Dance Production, Anton Ovchinnikov. in 2016. Anton proposed creating a cycle of site-specific performances called “Revitalizing the Past – Creating the Future”. In accordance with the idea, it was proposed to create street performances, with the background of the Stalinist architecture of the City of Kiev, which has the artistic and historical value.  Anton approached Maida Withers, USAS choreographer, based on her 21 years of collaborative projects in Russia.   In the first performance of the cycle we set the task of investigating the relationship between architecture and the body in order to understand how architecture can influence a person, identity and patterns of behavior with a look to the future of Ukraine.

This project was made possible by the generous support of George Washington University, Columbian College of Arts and Sciences – CCFF; Maida Withers and The Dance Construction Company; and Zelyonka-Fest. 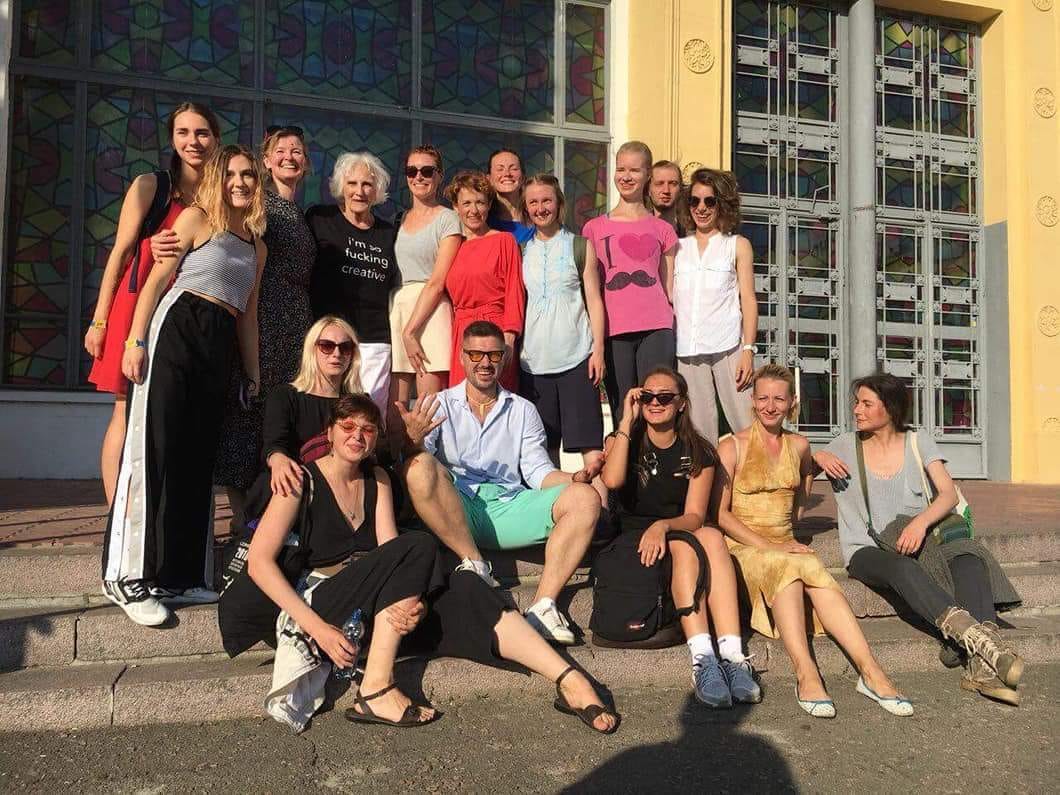 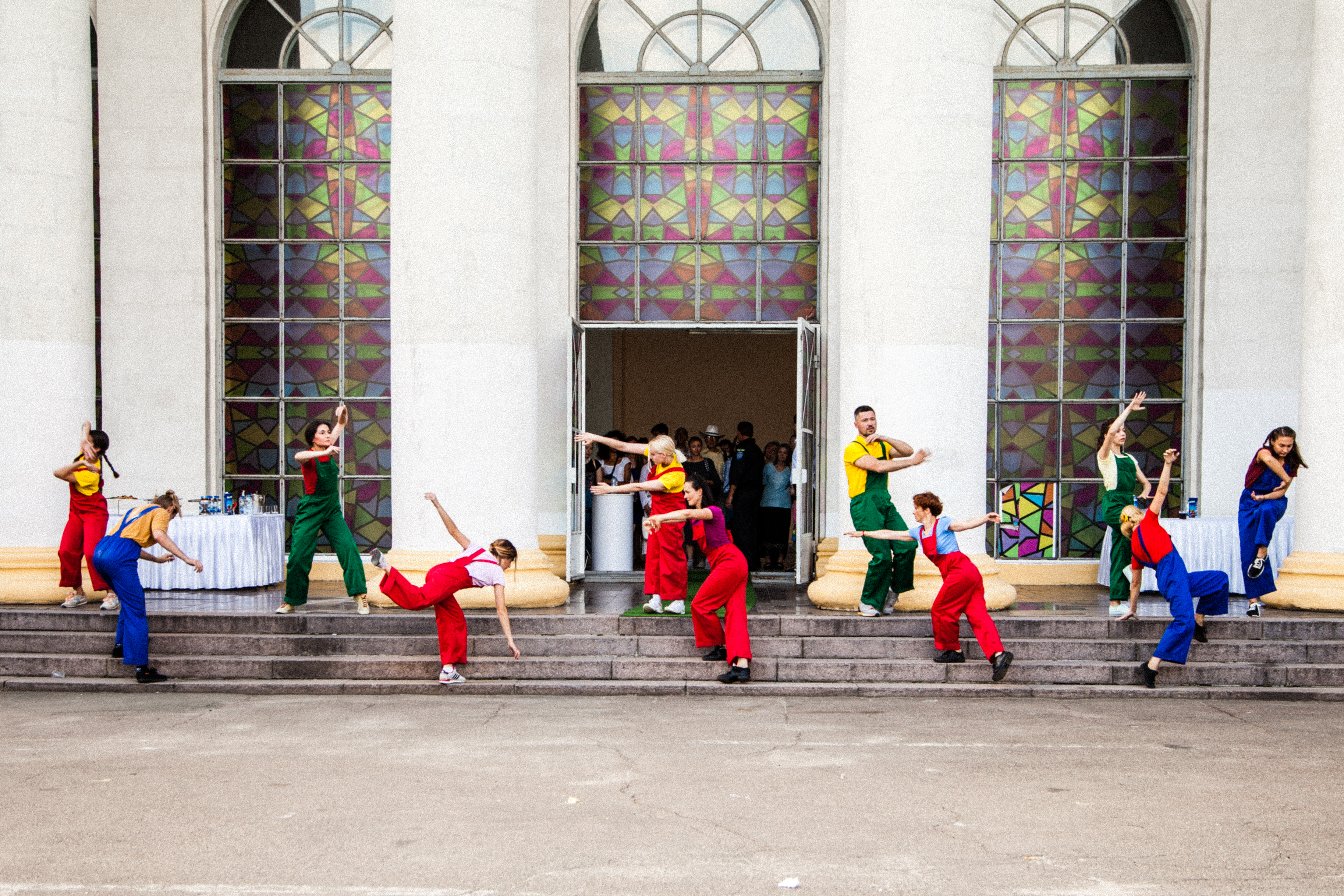 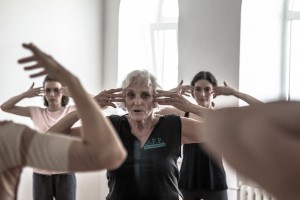 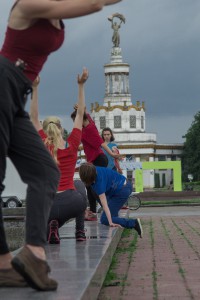 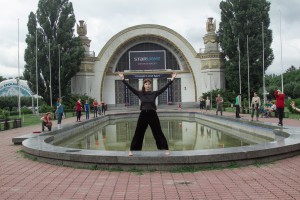 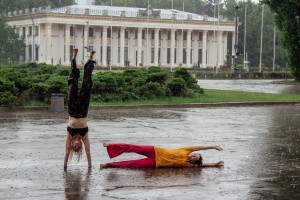 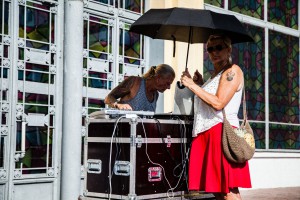 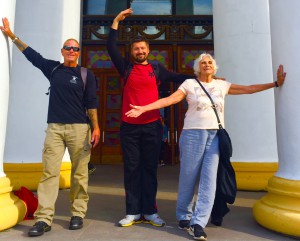 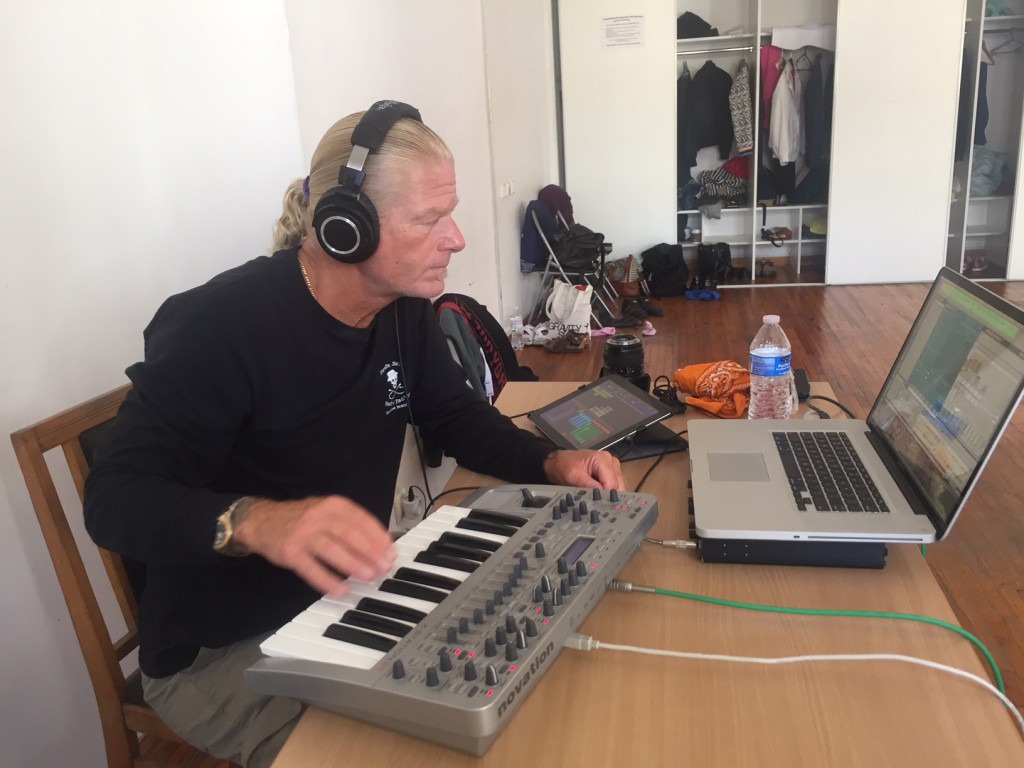 "There are two things when creating performances which can be achieved. First get enlightenment itself (answers to questions, solutions to problems, new knowledge, etc.), in which the artist grows.. Second-the viewer receives enlightenment. Look and say: "but I thought it's not even about! This is so exciting! Anton Ovchinnikov_Interview

"scattering the ruins of the past for the sake of the future" - quote from Anton Ovchinnikov: “60 Moves with Future Gaze” explores the relationship between architecture and the human body in order to better understand how architecture affects our identity and patterns of behavior. Art Daily