*SEE LARGE PHOTOS on web page FLICKR
2004 – Political dance film,  shot first half of Part II of Thresholds Crossed duet of Maida Withers and Anthony Gongora.  Shot in unique Soviet Era architectural structure, Solovky Island Russia on the White Sea. The unique building was the hangar for a dirigible (airship) that delivered supplies to the GULAG.
Solovki Island and the GULAG are known to us through the writings of Alexander Solzhenitsyn. This building temporarily housed the Art Angar Center for Contemporary Arts that sponsored our dance residency on the island.  The choreograph, Part II of Threshold Crossed evening-length work,  is based on photographs of prisoners at Abu Ghraib, Guantanamo Bay, Cuba where political prisoners/detainees have been terrorized through various tactics (water boarding, exposure / nakedness). Russia had their GULAG and America has our Guantenamo Bay. 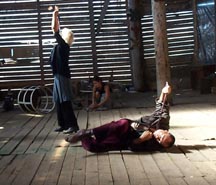 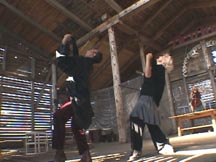 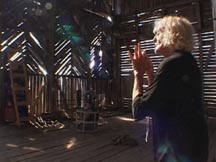 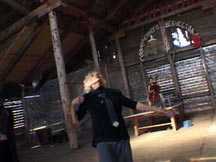 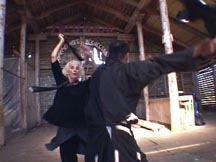 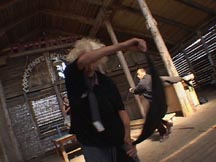