1979 – Phase Tracing II
Performance developing the movements discovered in Phase Tracing I – dancers interrupting other dancers moving through a specific phrase created by Brook Andrews.  This work eventually developed into Catching Butterflies and Other Things that Move. Dedicated focus on structure was important in the development of dances on content of choreography.  Set:  Hoops with plastic sheets suspended from the ring and mylar strips.  See the building K video of the duet with Brook Andrews and Kathy O’Brien.  Performed 4/27/1979 in GW Building K – Studio Theatre.

The Wall:  (Dates??) Performance by GW Students and one row of mylar strips.  Ron Kuivila, composer, and Maida Withers collaborate on a second performance with the concept of inaudible sound made audible through movement of dancers and the mylar forcing the inaudible sound one octave above human sensibility to become audible when movement intercepts using small microphones on stage.  A wall of mylar strips was situated along the back of the Dorothy Betts Marvin Theatre, Wasingrton, DC. 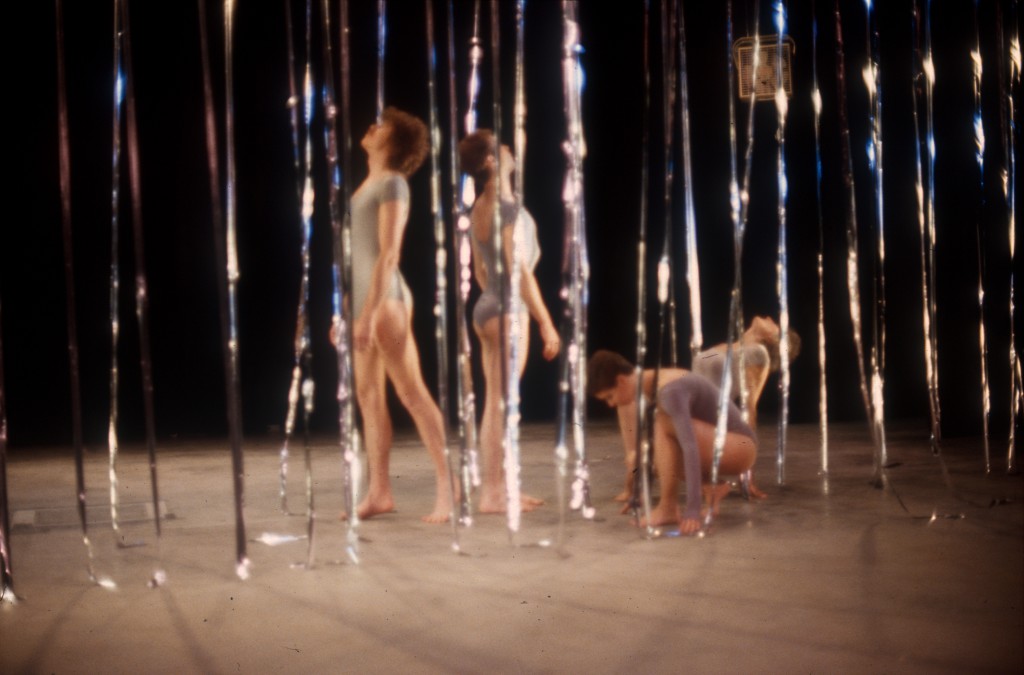