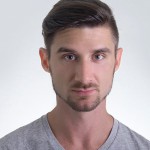 Matthew Cumbie is a dancemaker, educator, and collaborator based in Washington, DC, and since 2011 has been working with Dance Exchange, where he is a Resident Artist and the Education Coordinator. In his continually expanding responsibilities with the company, he holds both artistic and administrative leadership roles: from the creation and performance of new work to training artists to directing and visioning the organization’s in-house programming to the management of a number of company projects. Independently, his work explores his interests in activism and improvisation, bringing a poetic lens to a specifically queer experience. He has been commissioned to create and show work at places like Harvard University, Texas State University, Triskelion Arts, and AS220, and his interest in collaborative processes has led him to work with a wide range of artists, including Liz Lerman, Keith Thompson, Sarah Gamblin, jhon stronks, Paloma McGregor, Chris Aiken and Angie Hauser, and Annie Kloppenberg, among others. As an emerging leader in arts education, Matthew has also been commissioned to speak at conferences and

gatherings, like at the New York City Roundtable Arts in Education conference and the LGBT Health and Art Making conference (co-sponsored by George Washington University and the Human Rights Campaign), and to share his research and work in a long list of studios and classrooms. He has been on faculty at Colby College, Queensborough Community College, and Texas Woman’s University, and has led classes at New York University, Sonoma State University, Princeton, Dance Complex, and a range of studios and contemporary dance programs across the country. He holds an MFA in dance from Texas Woman’s University.