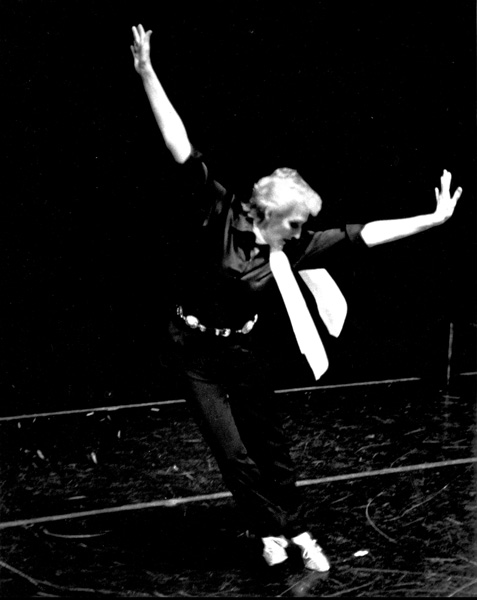 1986 – Solo by Maida Withers was featured, in Obsession – America’s Obsession With Sex, as the dancer performing the”Elvis” figure at the Publick Playhouse, Prince George’s Playhouse in Prince George’s County, Maryland, December 4, 5, 6, 1986.  In all other performances the role was performed by Greg Simeone.  Obsession – America’s Obsession With Sex, is an evening-length dance choreographed by Maida Withers for Maida Withers Dance Construction Company in 1986.  The Elvis Suite segments of Obsession honored the contribution of Elvis Presley to the social revolution that occurred in American in the 1960s.  Maida was a huge fan of Elvis when she was in high school.