Warning: Invalid argument supplied for foreach() in D:\home\maidadance.com\wwwroot\wp-content\themes\mwdcc\includes\custom.php on line 404 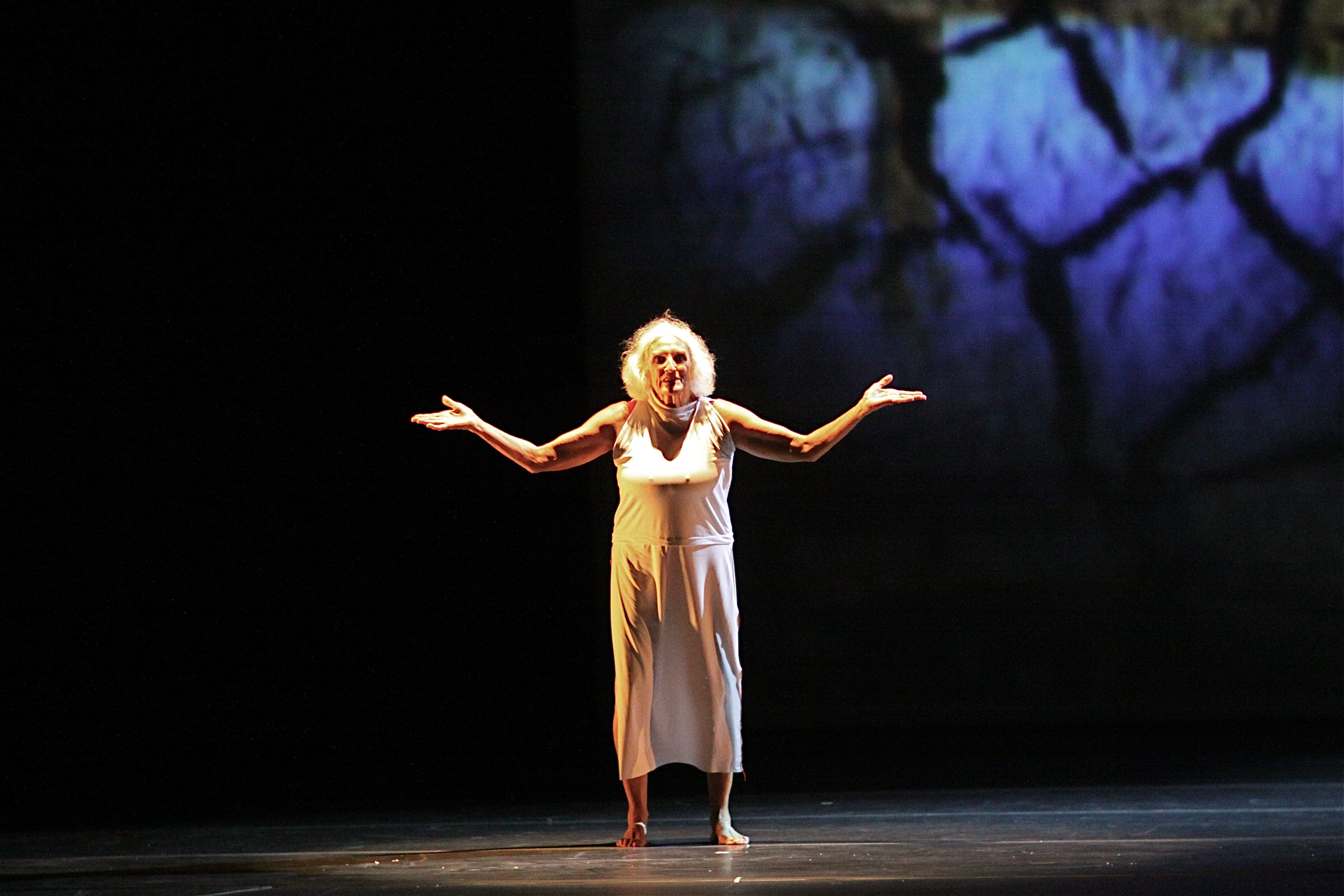 2008 Alissandru (Alex) Caldiero and Maida Withers performed together at theUtah Arts Festival.  Alex was with Maida on the  Salt Lake City Library  Theatre Stage  spontaneously reciting and creating text and projecting the writing onto the background of the performance space interacting with Maida.  The performance was passionate and intense due to the small theater space.

Maida adapted Fare Well – To The End of the World As We Know It OR Dancing Your Way to Paradise! while keeping interaction between herself and the poet as he improvises on his writings.

Alex and Maida have collaborated for many years on several projects.  Maida has deep respect for him as a philosophy professor but even more for his love of the words and his ability to twist and destroy expectations with his poetic manipulations.
Performing with him usually has an unexpected ecstasy.

Maida has included her comments about Fare Well here since there is no video record available from the show – Fare Well and Hell-O.